Soviet painter and graphic artist, Honored Artist of the Russian Federation, People’s Artist of the Russian Federation, member of the Leningrad Union of Artists. Yuri Stanislavovich Podlyaschi was born in Khabarovsk, spent his childhood in Vyshny Volochok. He received his primary art education in a local house of pioneers under the direction of GA Korostelev. In 1942 he graduated from the secondary art school at the Institute. I. Repin and became a student of the Leningrad Institute of Painting, Sculpture and Architecture named after I. Repin, who graduated in 1949 in B. Ioganson’s studio with the assignment of the artist’s skill. Yu Podlyasky was a student of the classic of Soviet painting Boris Ioganson. Boris Vladimirovich was a talented teacher and a bright creative personality; for his style, which has pronounced features of socialist realism, was characterized by a picturesque beginning with the use of certain methods of impressionism. His students were infatuated with his creative energy and passed a brilliant school of mastery. As a painter, Yu. Podlyasky developed under the influence of his teacher. For Yuri Stanislavovich, the acquired skills became the basis for further creative searches. Thesis work is a genre painting “Molotba”. Yuri Podlyasky participated in exhibitions since 1949, exhibiting his works together with the works of the leading masters of fine arts of Leningrad. He made creative trips to Siberia, Karelia, the Baltic, along the Volga, worked in Gurzuf, Novgorod, Arkhangelsk. Visited Albania, France, Italy, England, Australia, New Zealand, Holland, Germany, Sweden, Norway. Honored Artist of the Russian Federation, People’s Artist of the Russian Federation (1983). Among the works created by Jury Podlyaski are the pictures “The Lights of the Collective Farm” (1950), “Leningrad”, “They started the Bratsk Hydroelectric Power Station” (both 1959), “Again Spring”, “Bridge over the Seine”, “Skanderbeg’s Belltower in Krui” (all 1960s ), “City of Kasimov. Market Square “,” Volga. Plyos “(both 1962),” My contemporaries. The Postmen of the North “,” The Tselina Lives “,” The Barabinsky Autumn “,” Frosty Morning “(all 1964),” Liberation “(1975),” At the End of the Village “,” The Gardens Expand “(both 1976),” Magistralny “(1977) ), “Awakened Edge”, “Difficult Kilometers” (both 1980) and others. In 1957, for the paintings “Over the Angara”, “At the Origins of the Angara”, “Siberian Forest” was awarded a silver medal at the World Youth and Students Festival in Moscow. Podlyansky is a master of industrial landscape, although he also painted city views, portraits, and still lifes. In his works, the master is very sensitive to light and mood, it is the atmosphere and state that he transmits at the expense of color in his paintings. Types of buildings and ports, he writes a broad brush, uses dark colors, making only a few bright accents. Its winter landscapes can be both severe and even gloomy, and light, almost ringing from the frost, thanks to the pinkish palette, blue hues and simple compositions. In 1989-1992, after the death of the artist, his works were successfully presented at exhibitions and auctions of Russian painting L ‘Ecole de Leningrad in France. The works of Yuri Stanislavovich are in the State Russian Museum, the Tretyakov Gallery, in museums and private collections in Russia, Italy, Great Britain, Japan, Norway, France and other countries. The work of Yu. Podlyasky occupies one of the brightest pages in the history of Russian and Soviet art. 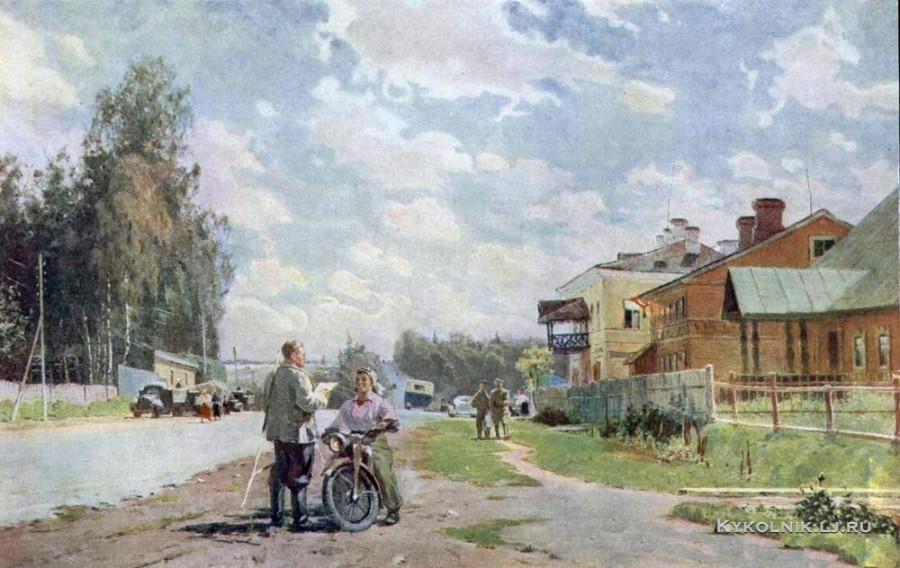 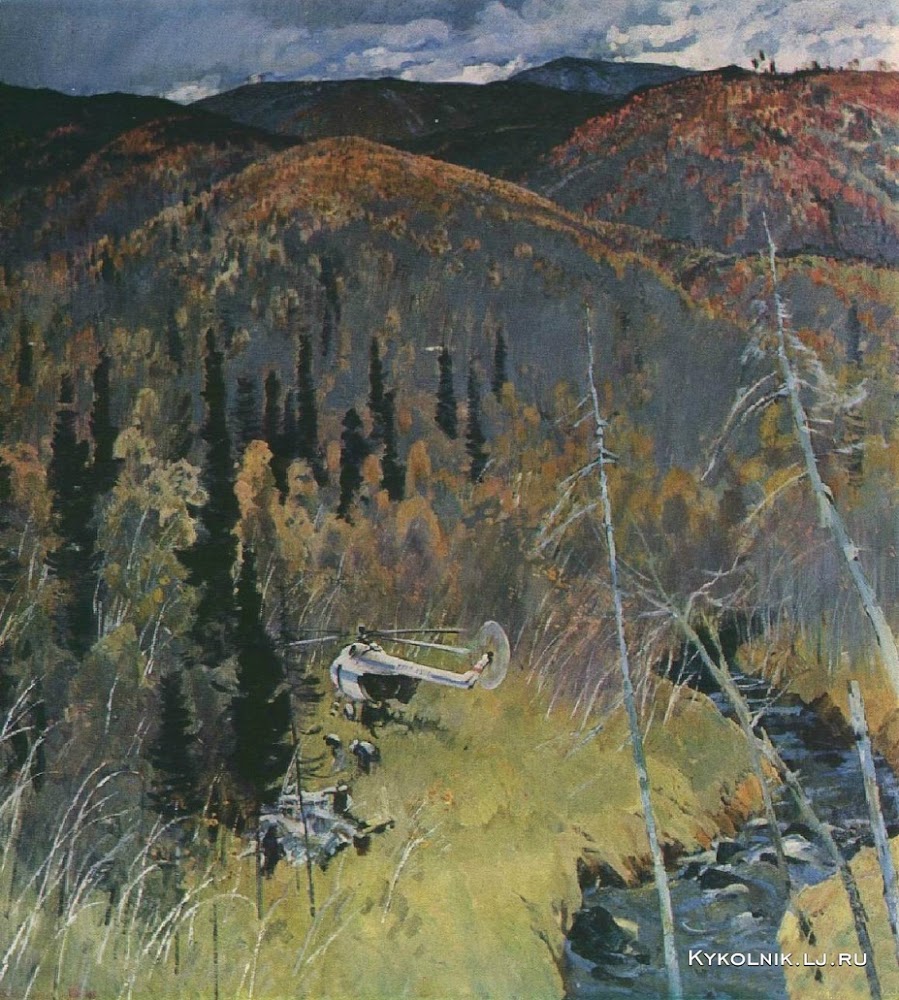 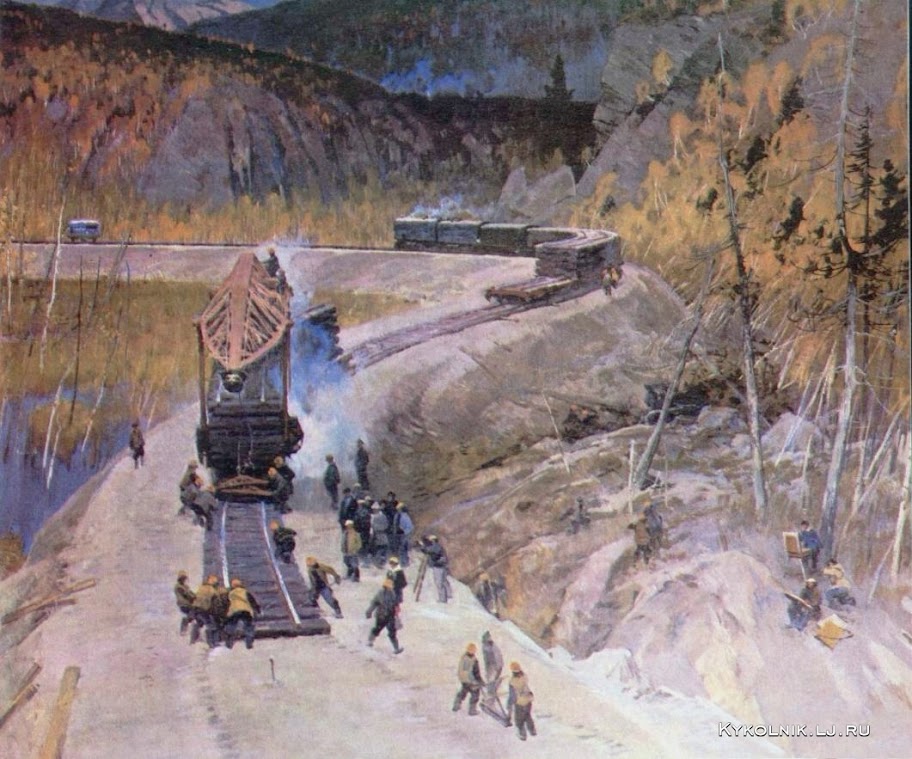 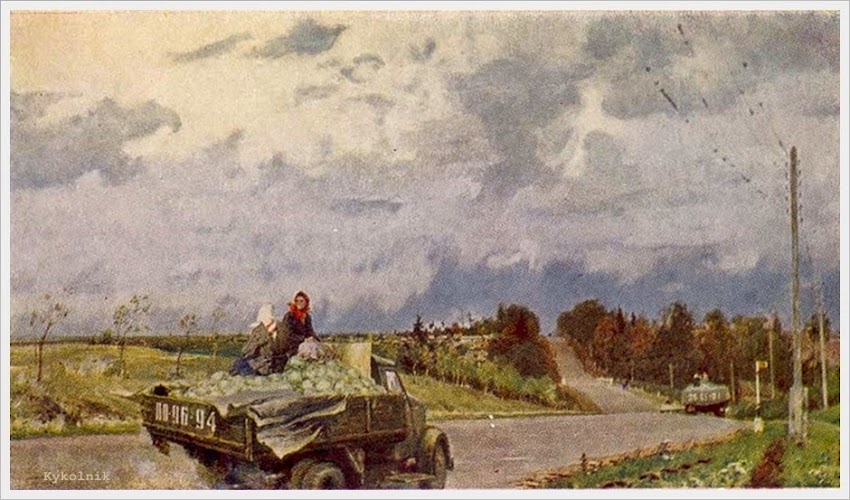