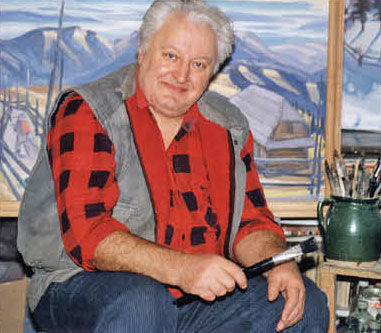 Soviet Ukrainian painter. People’s Artist of Ukraine. Member of the Union of Artists of Ukraine. Born March 4, 1938 in the village of Dulovo, Tyachiv district of the Transcarpathian region. In 1957 he graduated from the decorative painting department of the Uzhhorod College of Applied Arts. Teachers on the specialty – I. Bokshay, A. Erdeli, F. Manaylo. After studies he worked as a teacher in Mezhyhiria, was an artist-designer of a regional art workshop in the city of Tyachiv, then an engineer in the culture of production at the Teresvyas Woodworking Plant. Since 1966, he moved to Uzhgorod in the Transcarpathian artistic and production workshops of the art fund of the Ukrainian SSR. For 20 years he worked in an art fund, 7 of which he held the post of chief artist, I. Ilko created dozens of monumental compositions. Since 1959, he is an active participant in regional, national and international exhibitions. Since 1968 – a member of the Union of Artists of the USSR. From 1996 to 1998 he worked as the chief artist of the regional television and radio company in Uzhgorod. In 1995, the President of Ukraine awarded him the title of Honored Artist of Ukraine. Ilko I.I. works as a painter. The main theme in the work is Transcarpathia, nature, people, their life and way of life. Ilko’s works are in public and private collections in Ukraine, Bulgaria, Germany, Slovakia, Canada, USA, Russia, Hungary. 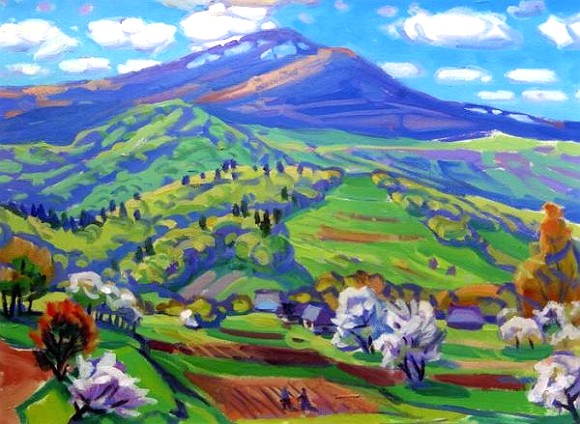 Photo: Ivan Ilko “In the Carpathians” Photo: Ivan Ilko “At the exhibition”