Soviet Ukrainian artist of the theater, painter and teacher. Member of the USSR Academy of Arts. Danchenko Boris Borisovich was born on May 23, 1938 in the city of Akhtyrka, Sumy region. He graduated from the Kharkov Art College (1962-1967, teacher P. Shigimaga). Worked as an artist of the Sumy Theater of Drama and Musical Comedy. M. Shchepkina; the head of the studio of fine arts at the Sumy Methodological Center (1967-99). More than 30 years, since September 1967, he worked as the head of an art studio. Fruitfully continued the work of his predecessors – the founder of the studio Nikanor Onatsky, the teachers of Ivan Grichenka, Nikolai Bonchevsky, Vladimir Smirnov. As a professional artist B. Danchenko tried not only to teach graphic literacy, but also taught pupils to think creatively without imposing academic, or any other traditions. The main thing is to help express your vision of the world, using the personal baggage of knowledge. In his views, Boris Danchenko belonged to the sixties, who managed to preserve the traditions of high art and the pursuit of spirituality. Danchenko B.B. at the same time is both a lyricist and a romantic. The artist writes pictures-reflections on eternal moral values. He ponders over the symbolic “tree of life”, like man, varies according to the years and seasons. The works of this artist are aesthetically sophisticated. In their figurative essence, they echo the poetry of L. Ukrainka, O. Olesya, S. Yesenin, A. Pushkin. The artist decides artistic images both in color contrasts and on tonal ratios, where the inner drama goes along with lyricism. He has participated in regional, national, international art exhibitions since 1968, personal exhibitions in Sumy (1979, 1988, 1994, 1997, 2001), Lebedin (Sumy Obl., 1981). The main genres are landscape, portrait, still life. In picturesque canvases preserves the traditions of the artists of the sixties with their desire for high spirituality, romanticism, symbolism. Some works are kept in the Art Museum of Sumy, Lebedin. XM. in many public and private collections in Ukraine and abroad. Among the students – G. Gidor, N. Negreba, V. Shkarupa. He created: sketches for plays – Nazar Stodolia by T. Shevchenko (1967), “On the bottom” by M. Gorky (1969), “Princess Turandot” by K. Gozzi (1973) painting – “Late Evening” (1970), “More (1971), The Secret (1974), The Lunar Lace (1975), The Yantar (1976), The Rowan Red, The Last Tale (1971), The Rain Rains Autumn, Tenderness (both 1972), The Secret (1974) “Scream” (both – 1978), “On a sad glade” (1979), “Street, Lantern” (1984), “Requiem” (1985), “Silence” (1987), “Scarlet Sails” (1988). Link https://uk.wikipedia.org/wiki Danchenko_Boris_Borisovich 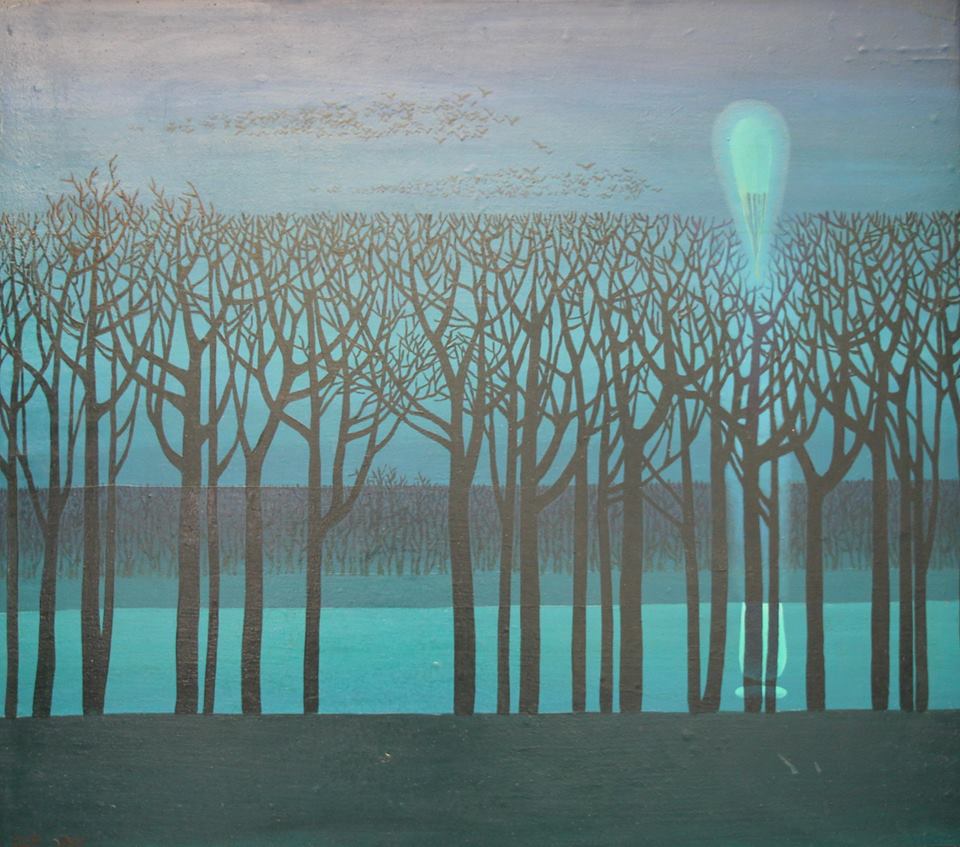 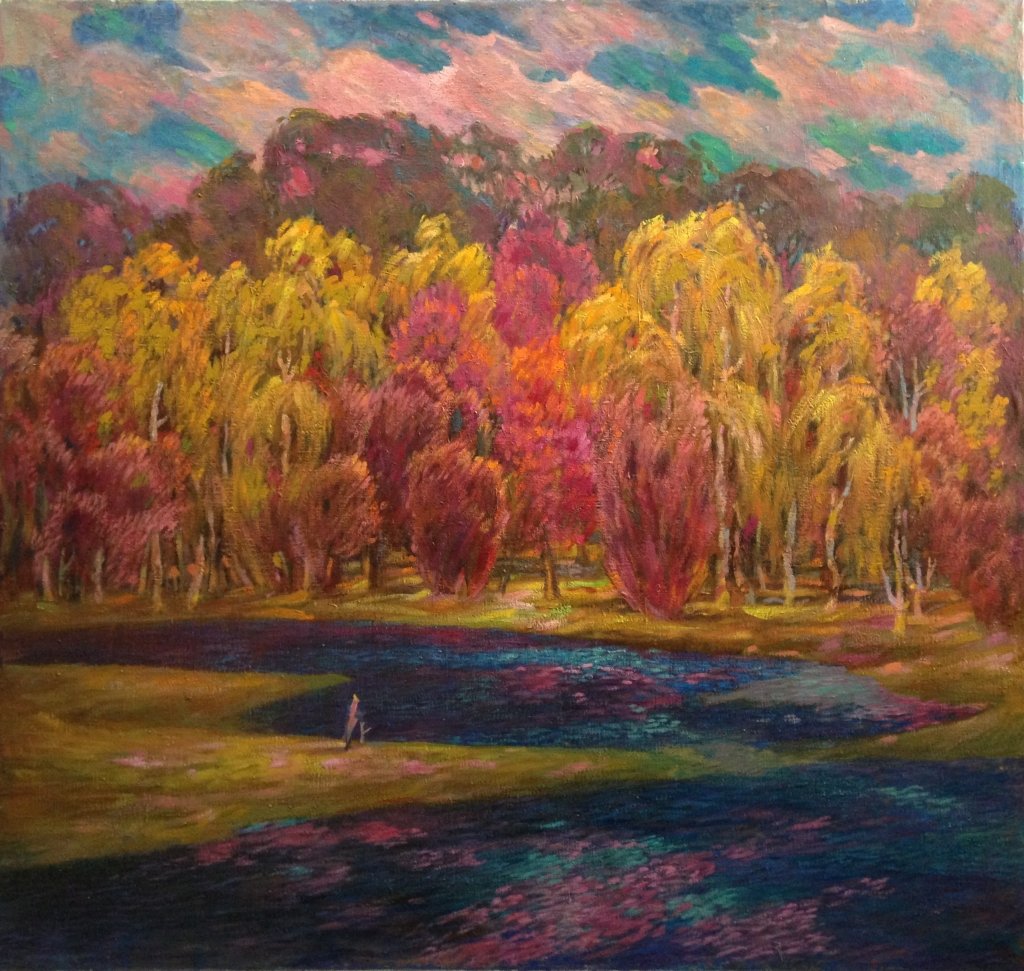 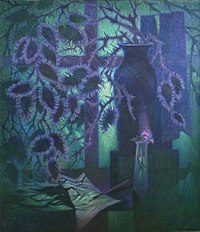 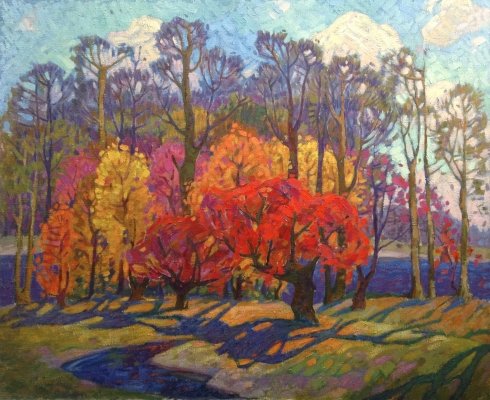 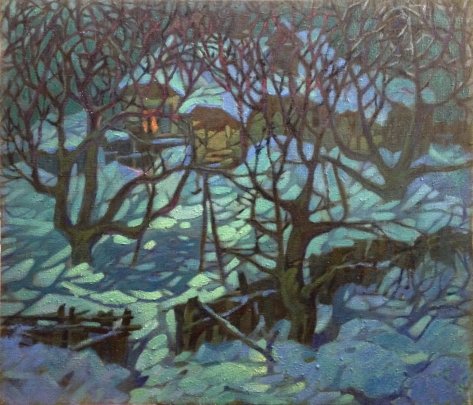 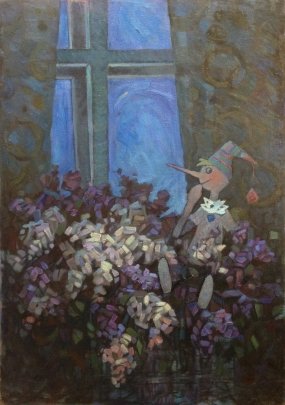 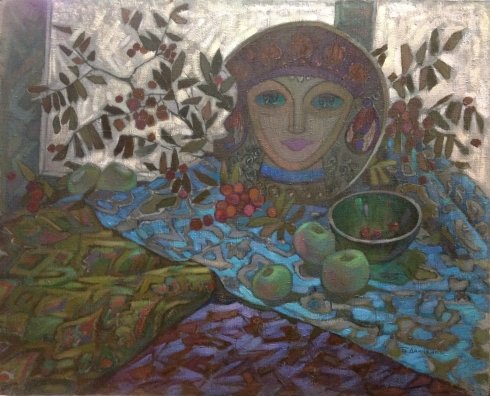 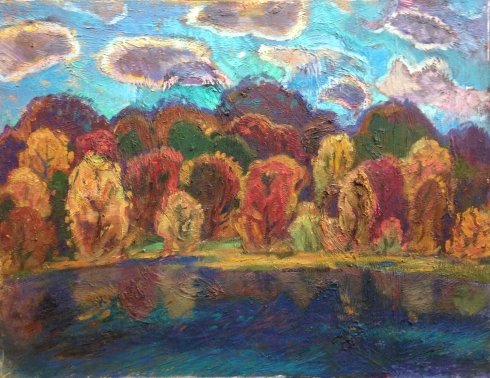 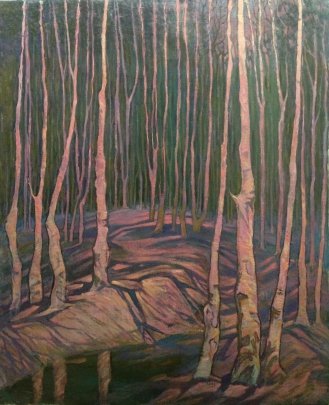