“Soviet scientists theorists”
Belov V. E.
$ 18750
Order
In cart
Check out
The product is added to cart. Check out.
Specification

Soviet Ukrainian painter and graphic artist. Member of the USSR Academy of Arts. Victor Yemelyanovich Belov was born in 1925 in the village of Maryanovka, Sofievsky district of the Dnepropetrovsk region, in a peasant family. Early learned the seriousness of peasant labor. The family was left without a father, when the children were very young and Viktor played the role of the elder in the family. Mother, diligent and hardworking, the foremost of the collective farm just created, taught children to appreciate everyday work, work, the result of which brings good to a person. The desire to draw was discovered by the boy early. At school I made sketchy sketches of friends, the surrounding nature. Attempts and curiosity showed up at a young age in the future artist. Belov – a participant in the Great Patriotic wave, was several times wounded. Everywhere, where a young man had to visit, he was not abandoned by the desire to draw. And the closer the end of the war was, the more real the goal became – to seriously deal with painting. During the war Victor Belov passed a severe school of life, where he understood a lot, learned a lot. In 1946 the young man’s dream came true: he joined the real art, became a student of the Dnepropetrovsk Art School. Despite the fact that Victor Belov was already twenty years old, and he was much older than his fellow students, he studied with great desire. After graduating from college in 1951, Belov began working at the Krivoy Rog branch of the Dnepropetrovsk Artistic and Industrial Combine. In those years, the artist’s work was sufficiently formed. He is an active participant in art exhibitions. Since 1970, Viktor Belov became a member of the Union of Soviet Artists. The works of Viktor Belov stop, on his own eyes, his own character. They are peculiar to a picturesque manner and peculiarities of the world view. In Belov’s work, the landscape is the leading genre. He recreates the colors of nature. The cherished theme of the artist – earth and people – is filled with penetrating lyricism, life-affirming optimism. As a landscape painter Belov the artist developed in a long search. One of the first works received recognition of the audience, exhibited at the Republican Art Exhibition in 1961, is dedicated to the great Ukrainian poet and artist T. Shevchenko. Already this work presented the artist’s skill at the exhibition, the seriousness with which he approached the creation of the image of the poet, reflecting the depth and passion of his experience (“I Day, I, and …” in 1961). In 1963 at the Republican art exhibition the work “Skosheno” was shown, which became the determining factor in the work of the artist-singer of nature. Member of regional and republican exhibitions since 1955. Personal exhibitions were held in Krivoy Rog (1962, 1975), Dnepropetrovsk and Dneprodzerzhinsk (both – 1975). The artist was awarded the Order of the Patriotic War І and ІІ degrees, medals. Famous master of industrial landscape and portrait. Lived and worked in Krivoy Rog. The author of picturesque and watercolor still lifes. The works are in many public and private collections in Ukraine and abroad.

Photo: On September 28, 2000 Viktor Belov’s work “Meeting in the village, Siberia” was sold at auction “Christie” in London for 4123 US dollars. 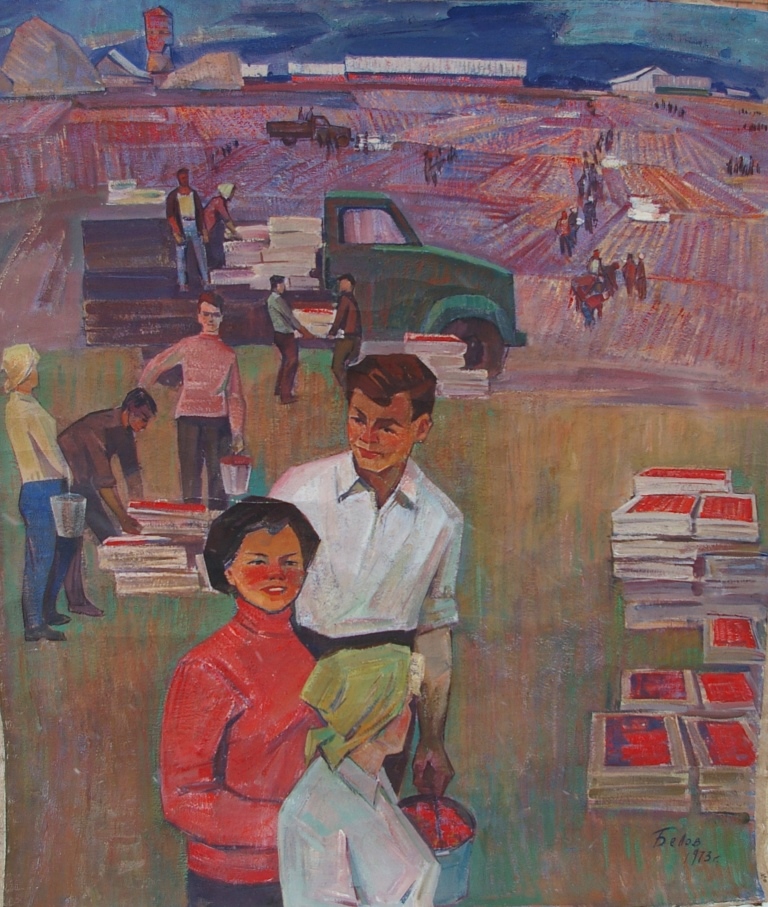 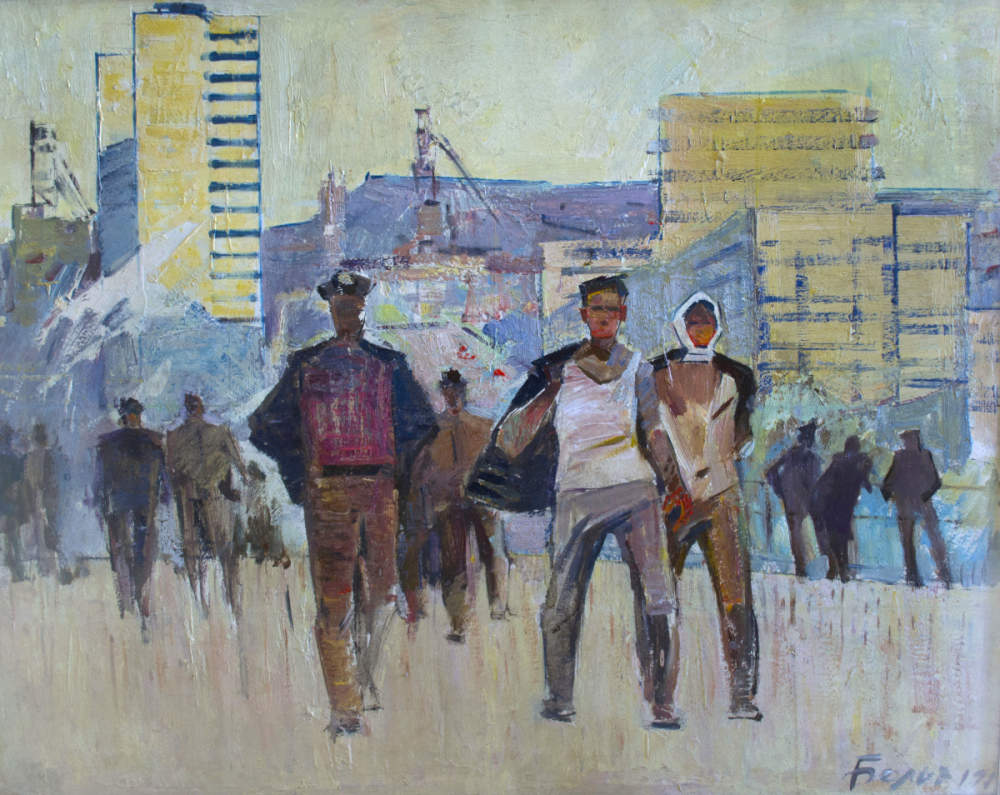