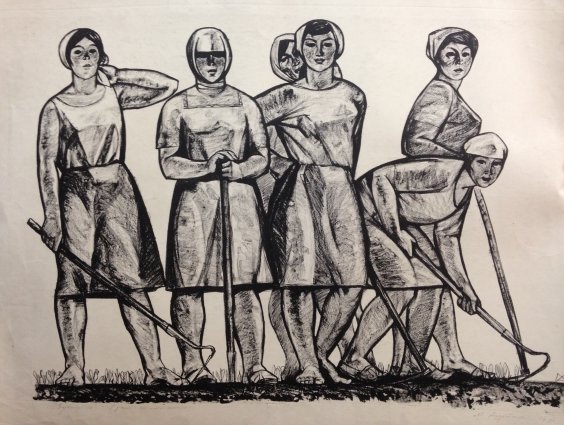 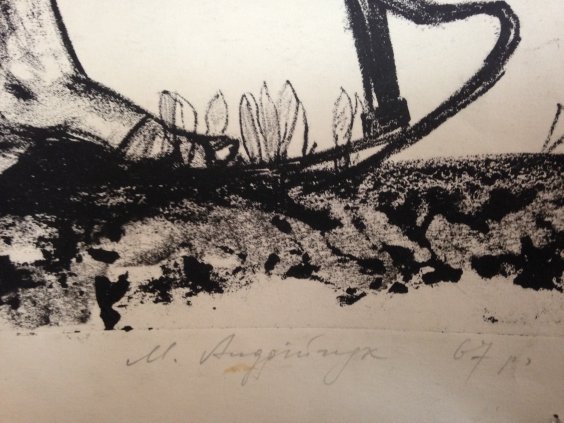 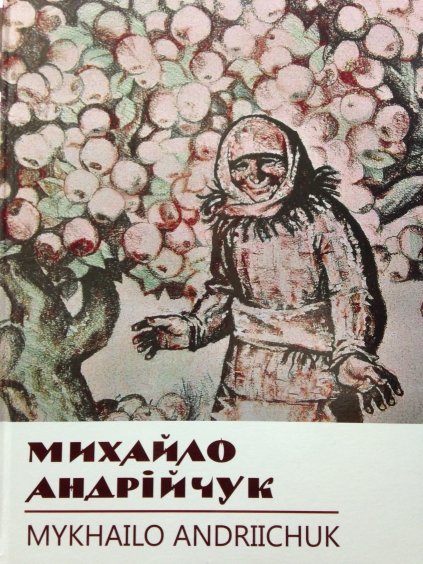 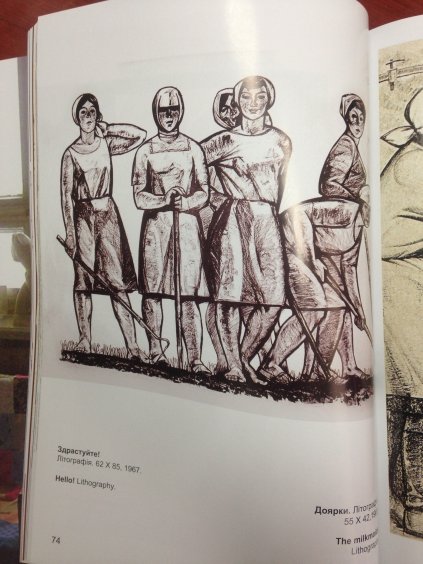 “Hello !”
Andriychuk M. Y.
$ 140
Order
In cart
Check out
The product is added to cart. Check out.
Specification

the work is published in the album-catalog of the best works of the artist (p.74)

Soviet Ukrainian painter and graphic artist. Member of NSHU since 1964. Honored Artist of the Ukrainian SSR (1987), Laureate of Regional Prizes. T. Shevchenko, him. V. Rozvadovsky (1997), the city award for them. B.Hmelnitsky, associate professor of Khmelnytsky National University. Mikhail Yemelyanovich Andriychuk was born on November 21, 1927 in the village of Nekhvoroshch, Andrushevsky district, Zhytomyr region). He studied at the Odessa Art College in 1951-1956, in 1956-1962 – at the graphic department of the Kiev Art Institute (now NAOMA – National Academy of Fine Arts and Architecture, 1962, machine-tool workshop, graphics by A. Pashchenko and I. Selivanov). Since 1960 he worked as the head of the visual studio for adults and the teacher of the children’s art school at the picture gallery named after Aivazovsky (Theodosius). Since 1962 he works in the city of Khmelnitsky at the artistic-industrial combine: member of the artistic council, chairman of the artistic council, chief artist. Member of the Republican and All-Union exhibitions. Personal exhibitions: Khmelnitsky – 1977, 1995, 1998, Chernivtsi – 1978, Kamenetz-Podolsky – 1979, Kiev – 1982, Mr. Neteshin Slavuta. district of Khmeln. reg. – 1998. Works are kept in the Berdyansk, Gorlovsky and Zaporozhye art museums, the Donetsk picture gallery, the Zaporozhye museum of local lore, the Kiev-Caves. National Historical and Cultural Reserve, Kiev. lit.-memor. museum of Lesya the Ukrainian, etc. In A.’s works there is a wide generalization, a monomial. The plasticity of the image is combined with the naturalness and simplicity of perception of nature, the accuracy of a realist. observations, expressiveness and metaphorical details. Since 2002 – Associate Professor of Khmelnitsky National University. In February 1979, a personal exhibition of Andriychuk’s works was opened in the branch of the Kamenets-Podilsky Historical Museum-Reserve (formerly Town Hall) (almost 70 works) – in addition to graphics, watercolors were also presented. In February 1984, the artist was in Kamenetz-Podolsky during the Days of Literature and Art in Khmelnytsky, dedicated to the 40th anniversary of the liberation of the region from the Nazi invaders. Creativity: A series of graphic works: “Milkmaids” (1962), “Trudoviks Podolye” (1970), “My countrymen” (1976), “Rural festivities” (1979), “108 human shortcomings” (1997), “After reading the psalm David “; lithography: “Summer”, “Hot season” (both – 1962), “And you, the all-seeing eye …” (1963), “Will indestructible” (1964), “The brothers” (1979), “Podolyanki” (1980) ); a series of compositions: portraits of rural workers (1985), works based on Taras Shevchenko’s poems (1990), a monumental and decorative panel and portraits of writers and teachers in the interiors of the Khmelnytsky Regional Library for Youth (1970-1980); relief “Young Heroes Podolye” in the interior of the reading room of the Khmelnytsky Regional Library for Children named after Taras Shevchenko (1986). The works of Andriychuk are characterized by high skill, originality, philosophical depth. His works have developed and approved the modern Ukrainian style of color graphics on the basis of creative rethinking of the traditional. There were about 20 personal exhibitions of the artist in different cities of Ukraine. The last personal exhibition took place in the Khmelnytsky Regional Art Museum in June 2006. The artist’s works are kept in the Berdyansk, Gorlovsky and Zaporozhye art museums, the Donetsk Picture Gallery, the Zaporozhye Museum of Local History, the Kiev-Pechersk National Historical and Cultural Reserve, the Kiev Literary and Memorial Museum of Lesya Ukrainka, etc. Since 2007, following the annual contest “In the Light of Eternal beauty of the soul of his native city “(Khmelnitsky), the artist won the first place in the nomination” Graphics “ 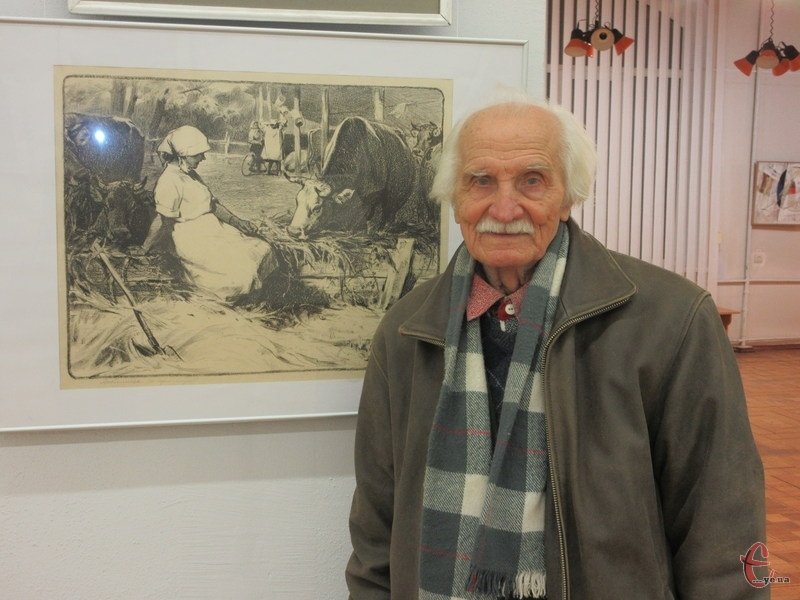 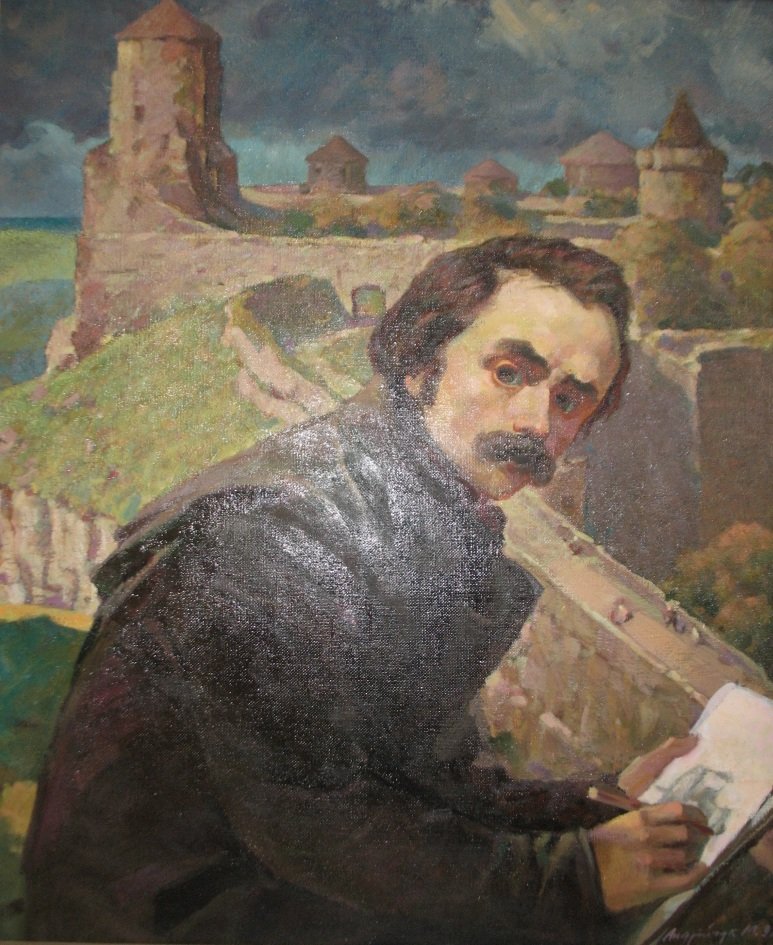 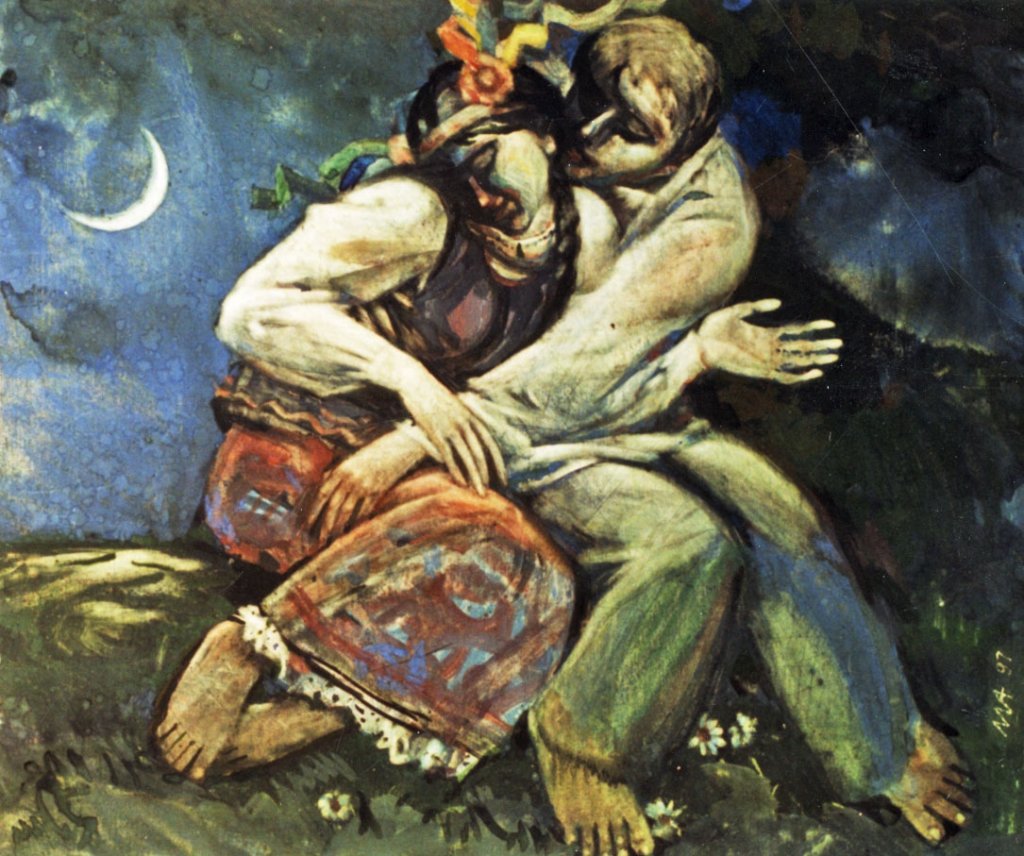 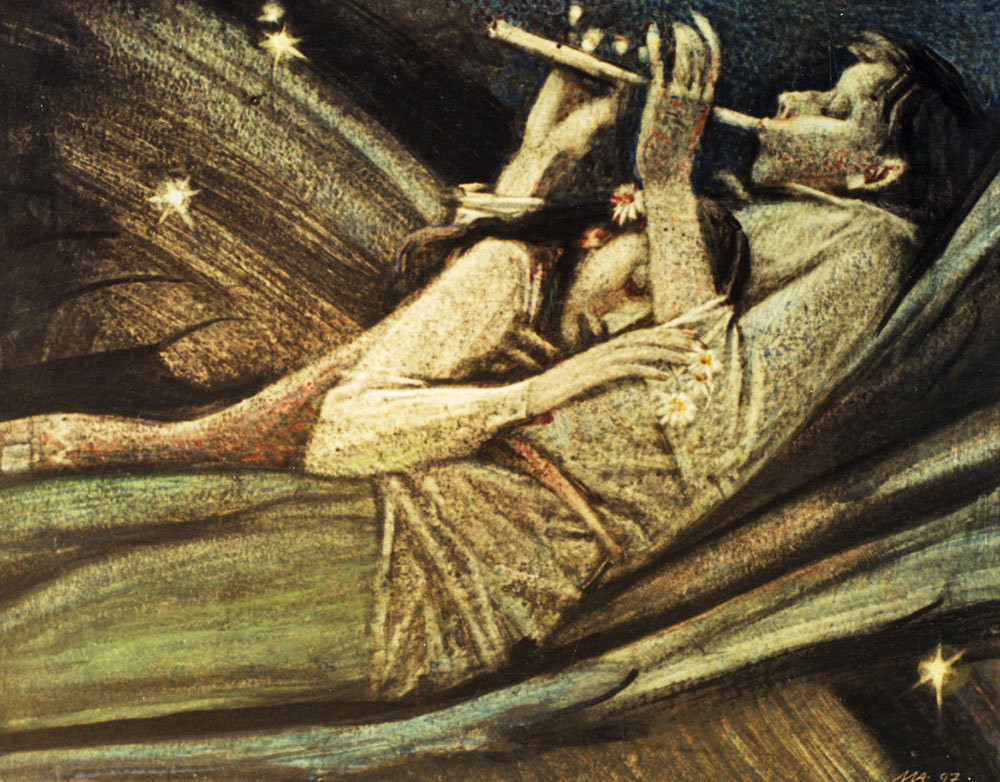 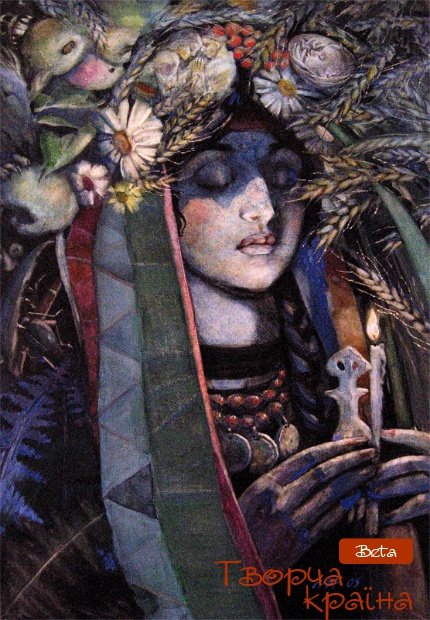 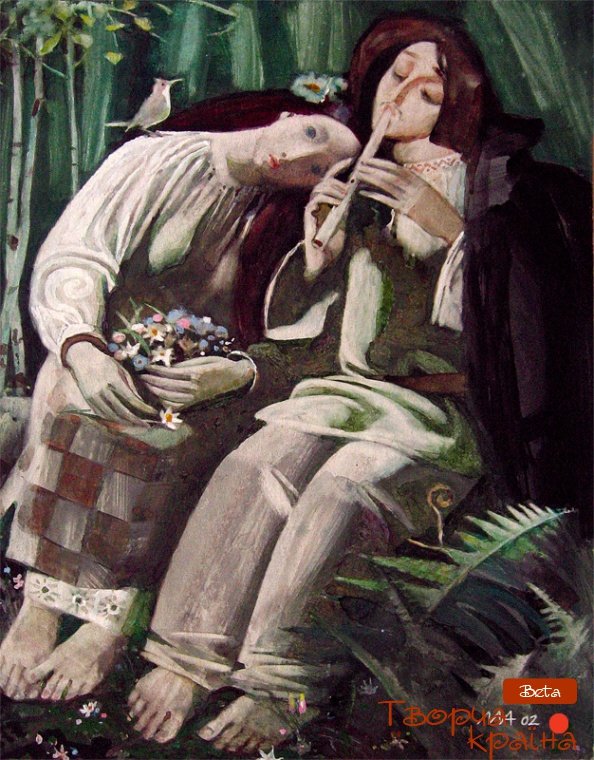 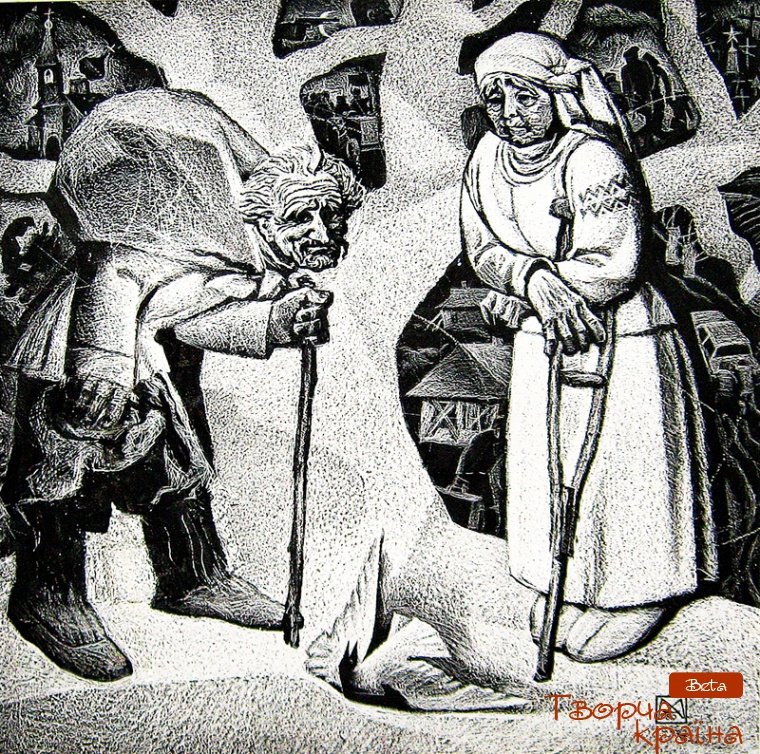 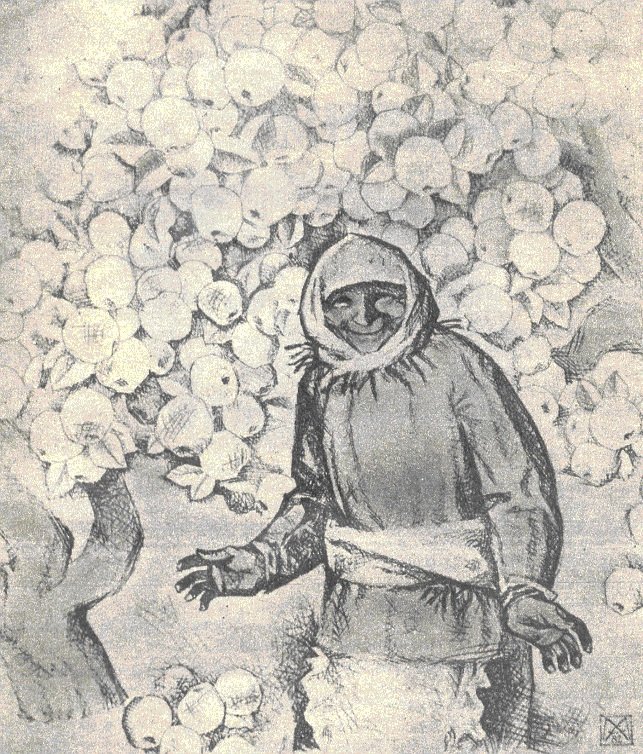 Photo: Artist Andriychuk Mikhail Yemelyanovich “Forget it, I will not give it up” 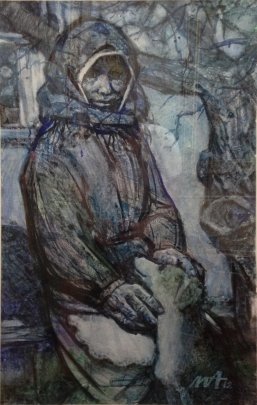 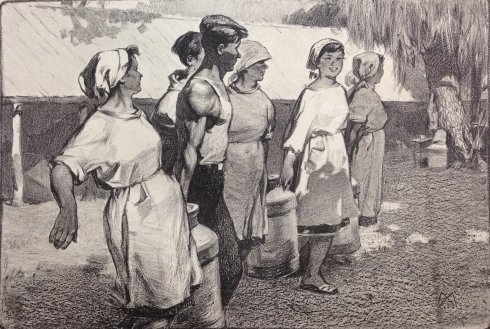 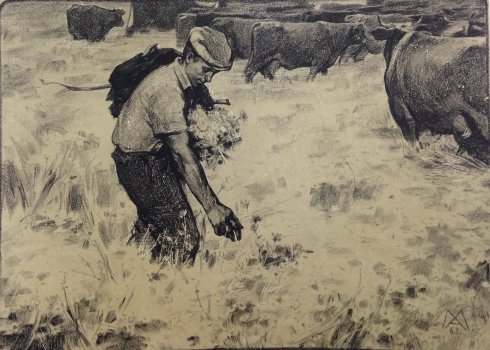 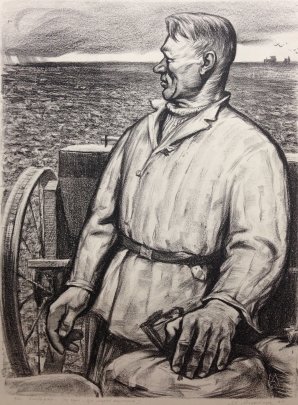 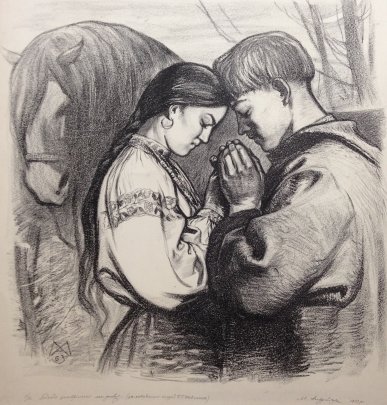 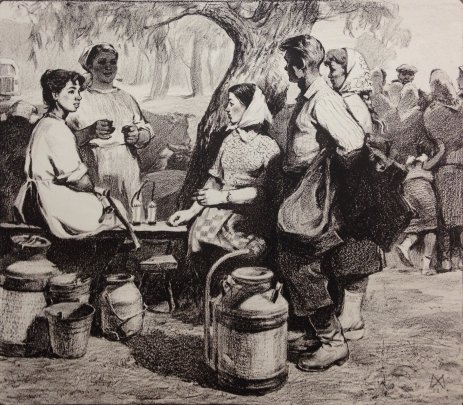