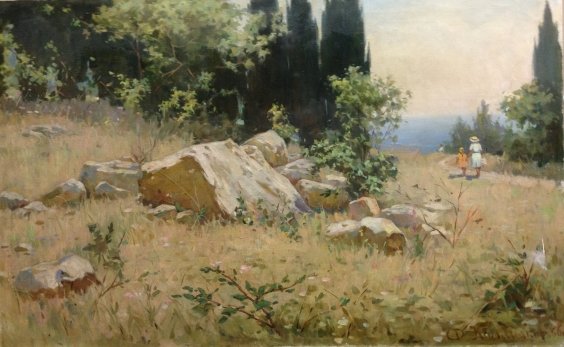 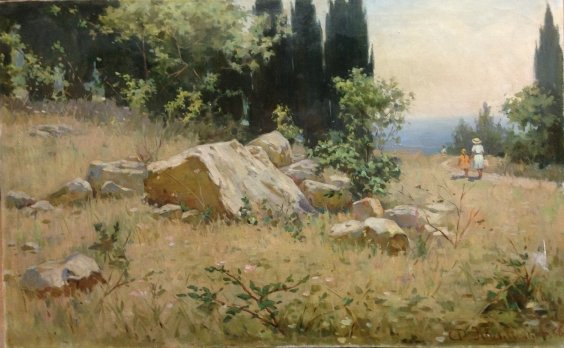 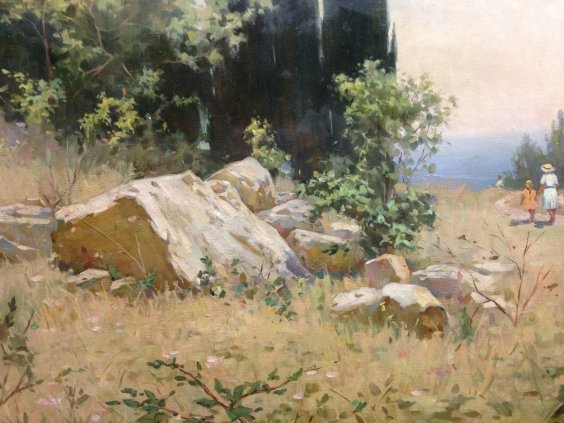 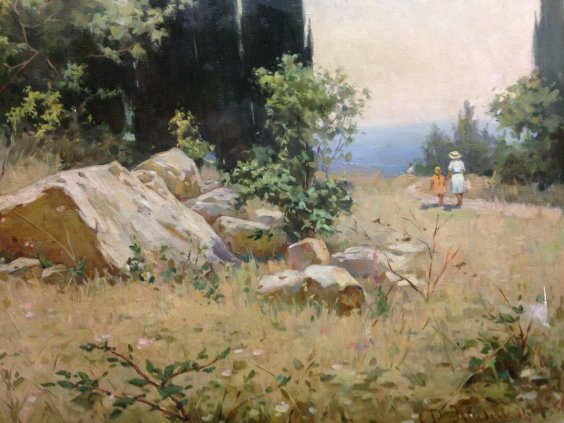 “Crimean landscape-July”
Kalmykov F. B.
$ 12850
Order
In cart
Check out
The product is added to cart. Check out.
Specification

one of the best works of the artist, was exhibited at the republican exhibition in 1967

Soviet Kabardino-Balkarian painter, sculptor. Member of the USSR Union of Artists. Kalmykov Fedor Batyrbekovich was born on February 15, 1932 in the village of. Cuba, the Kabardino-Balkarian Autonomous Soviet Socialist Republic. Among the first students from the KB of the ASSR was sent to study at the Saratov Art College. After graduating from the Saratov School in 1952, he became one of the first professional sculptors. Since 1957 – Member of the Union of Artists of the RSFSR. Elected to the board of the created Union of Artists of the KB of the ASSR. In the same year, Kalmykov F.B. for his services in the development of the fine arts of Kabardino-Balkaria. was awarded a government award – the medal “For Labor Valor”. For a short creative life, many paintings, sculptural portraits have been created; but the material from clay has not been translated much. Three portraits and one decorative composition are in the Museum of Fine Arts. He worked in the creative group on the creation of the sculptural and architectural complex “Sosruko” (Nalchik), as well as on the monument “Fighters for the cause of Communism” (Prokhladny). Many of the works of the sculptor Fedor Kalmykov were executed in short-lived material – in clay. In 1968, the Ministry of Culture of the KB of the ASSR, together with the Union of Artists of the Republic of Kabardino-Balkaria, issued a brochure “Kalmykov Fyodor Baturdinovich”. The artist tragically died on January 7, 1967 at the age of 35, leaving behind him a creative contribution to the art of the Republic, in creating a fundamental material base for the development of art in Kabardino-Balkaria.