Soviet painter. Honored Artist of the RSFSR. Honored Artist of the RSFSR. Member of the Union of Artists of the USSR (1968). Chairman of the Board of the Association of Moscow Painters (MAU). Diploma of the Academy of Arts of the USSR (1987). Silver medal of the Russian Academy of Arts (1995). Golden Pushkin Medal of Creative Unions of Russia (1999). Professor of Painting MGAHI them. IN AND. Surikov. He studied at the Moscow Secondary Art School at the Moscow State Institute of Art. IN AND. Surikov. He graduated from the Moscow Art Theater in 1905 (1961), MGHI them. IN AND. Surikov on the workshop of Professor VG. Tsyplakova (1967, Faculty of easel painting), assistant-trainee at the MGHI them. IN AND. Surikov. Working for many years in ancient Rostov Veliky, he revived the genre of church interior. Turning to ancient Russian art, to the heritage of great predecessors, especially appreciating and feeling the art of genuine colorists, V.N. Zabelin himself stood up deservedly in a number of artists, who from heart to heart convey love to the land, the Motherland and the organically born culture. Works related to Rostov the Great, his history and architecture have become a recognizable feature of creativity VN. Zabelina. Member of the Moscow, Republican, All-Union and International Art Exhibitions since 1966. The works are kept in collections by the State Tretyakov Gallery, the State Russian Museum, the Ryazan Regional Art Museum, the Yaroslavl Art Museum, the Tver Regional Art Gallery, the Art Prima Gallery and other Russian and CIS museums, in private collections in Russia and abroad. 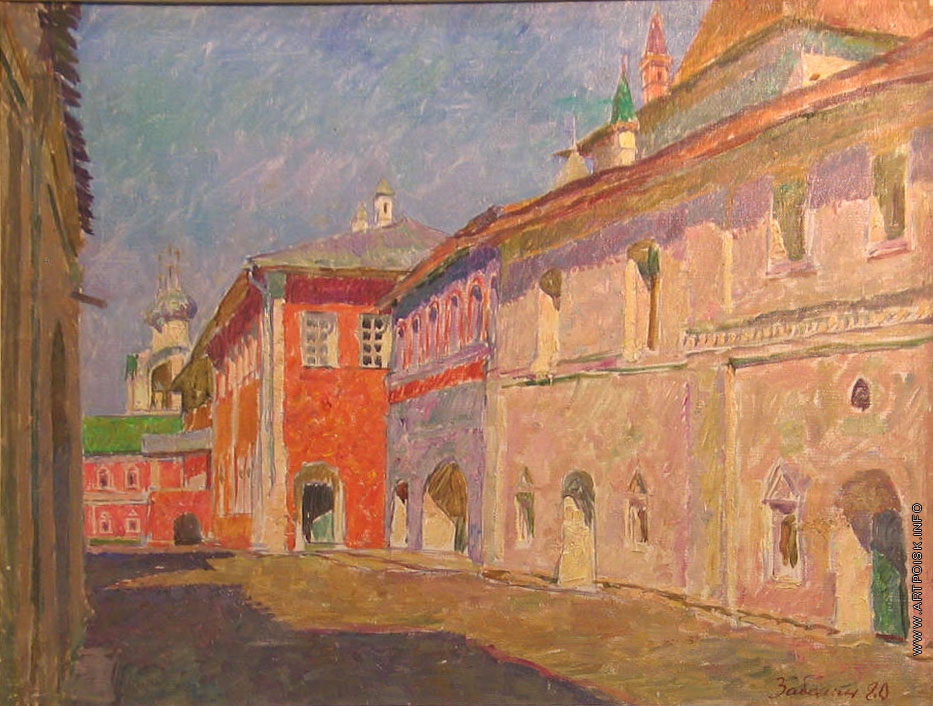