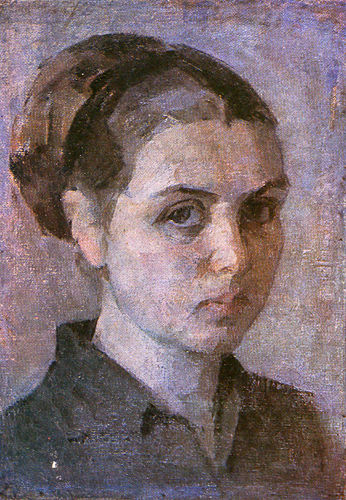 Soviet Ukrainian painter. Honored Art Worker of Ukraine. Valentina Gavrilovna Vradiova-Gautier was born on October 4, 1934 in Kiev. From 1947 to 1953 he studied at the Republican Secondary School of Art. T. G. Shevchenko, where her teacher was P. Zharov.
From 1953 to 1959 studied at the painting department of the Kiev State Art Institute (KHKhI). Her teachers were: M.I. Ivanov, M.I. Khmelko, V.G. Pusyrkov, A.A.Shovkunenko, I.A. Reznik. Diploma work “Girls-collective farmers” was exhibited at the All-Union exhibition of diploma works in Moscow in 1959 and at the Republican exhibition of diploma works in Kiev in 1960. From this time on he is an active participant in republican, all-union and foreign art exhibitions. Her paintings took part in the Biennale art exhibition in Venice (Italy, 1962), in the exhibition of Ukrainian art in Italy (1973), Germany (1975), Belgium (1976), in the exhibition of Soviet art in Spain (1981) h) and Czechoslovakia (1982). Member of the Union of Artists of the USSR since 1962. VG Grodov-Gautier, author of numerous portraits and thematic paintings. In 1970 he was awarded the Honorary Diploma of the Ministry of Culture of the USSR.
Since 1959 – teacher of the Department of Painting and Composition of the KChI (since 1998 – National Academy of Fine Arts and Architecture), since 1972 – Associate Professor, and since 1990 – Professor. Honored Art Worker of Ukraine since 1989.
The works of Valentina Gavrilovna Vrazdnova – Gotyee are kept in the Kharkiv, Donetsk, Kherson, Zaporozhye, Berdyansk, Gorlovsky art museums, in Vinnytsya, Zhytomyr, Chernivtsi, Mariupol local lore museums, in the Museum-Archive of Literature and Arts of the USSR in Kiev, in gallery and private collections in Ukraine, Russia, Great Britain, Italy, Germany, Belgium, Spain, Czech Republic and Lithuania.