Soviet artist. Member of the Moscow organization of the Union of Artists (MOSKh) since 1961. Vorobyeva Nadezhda Dmitrievna was born on April 14, 1924 in Moscow. In 1939, she entered the Moscow Secondary Art School (teachers IM Gurvich and SP Mikhailov). In 1945 she entered the Moscow Art Institute named after V.I. Surikov (teachers DK Mochalsky, VV Favorskaya, KM Maksimov, II Chekmazov, SP Mikhailov). In 1950 she graduated from Surikovka (the head of the thesis is Professor GG Ryazhsky). Since 1953, he has been a regular participant in all-Union, Moscow, zonal and republican exhibition events. In 1960, she joined the Moscow branch of the Union of Artists of the USSR. In 2004 the first personal exhibition of the artist in the museum-reserve DV was held. Polenov. Scenic works of Vorobyeva Nadezhda Dmitrievna are in museums in Russia, Belarus, Japan and in private collections of Russian and foreign collectors. In October 2006, in the exhibition hall of the Moscow Union of Artists, her personal exhibition was held. The works are in many museums of the country, in the museum of Ottar (Japan), as well as in private collections in Russia, England, France, Germany, USA. 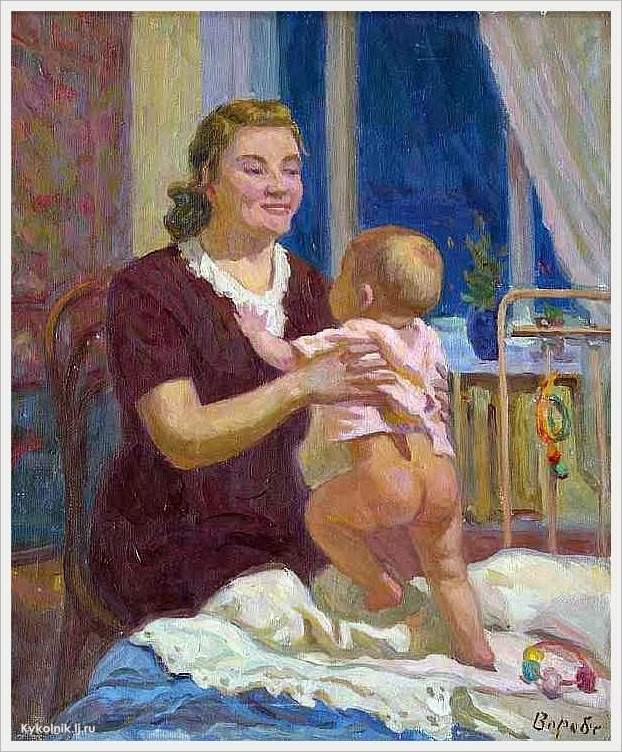