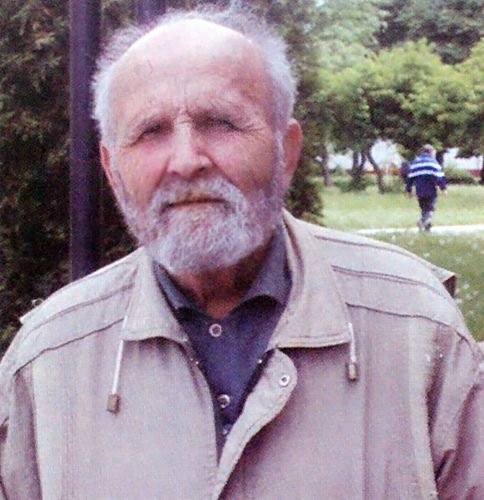 Ukrainian and Soviet painter. Member of the USSR Academy of Arts. Alexander Pavlovich Volsky was born October 7, 1927 in with. Svidniki of the Volyn region. His first teacher of painting was the artist IG Kozhevnikov, who at one time worked in the Perm Art Gallery. In 1957, AP Volsky takes a job in the Volyn Regional Artists’ Society, where he works in the painting section. In 1957 Alexander Volsky worked as an artist-designer. Since the mid-1950’s. he is a participant in regional, republican and all-union art exhibitions. In 1996 Volsky AP was awarded the title of laureate of the Prize. Jova Konzelevich. In 1997 he was admitted to the National Union of Artists of Ukraine. The main works: “The Russian Troika” (1999), “Repentance” (1999), “Nowadays” (1999), “Composition” (1999), etc. According to art critic G. Mishchenko, artists such as Alexander Pavlovich Volsky concentrated in themselves everything that people live around, they are organic expressors of a specific environment. And therefore created by the artist acquires that clarity and simplicity, which is immediately recognized, perceived. Hence the feeling of a national form, inherent in those who from childhood “carries” impressions from their native land, works. Exhibitions: 1971 – personal exhibition dedicated to the 100th anniversary of the birth of Lesia Ukrainka, Lutsk; 1987 – Republican exhibition dedicated to the 175th birthday of Taras Shevchenko, Kiev; 1991 – Biennale “Lviv-91” – Revival “, Lviv; 1992 – personal exhibition, Lviv, Ethnography and Art Fishery Museum of the Institute of Ethnology of the National Academy of Sciences of Ukraine; 1998 – personal exhibition, Lutsk; 2000 – International exhibition “Lviv Salon”.