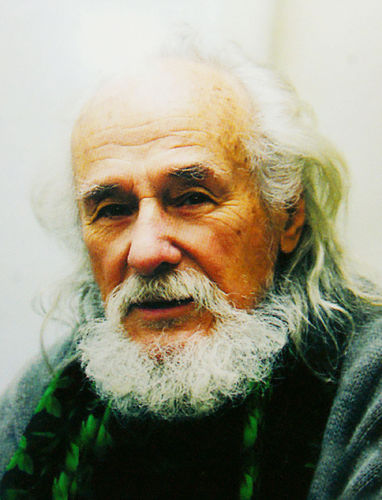 Soviet Ukrainian painter Member of the USSR Academy of Arts. People’s Artist of the Ukrainian SSR. Tolochko Viktor Ivanovich was born on October 22, 1922, in Melitopol, Zaporozhye region – Ukrainian and Soviet painter. People’s Artist of the USSR (1985), Honored Artist of Ukraine. Winner of the Prize of the Crimean Autonomous Republic. He was born into a shoemaker’s family and housewives. Already in his early childhood he painted with pleasure. The first teacher of painting was the school teacher of drawing Andrei Ivanovich Korolkov. At the age of 15, the watercolor portrait of the hero Dzhambul was sent to the All-Union exhibition in Moscow, and the young artist was awarded with a diploma. In 1940 he was drafted to the Red Army, served in Central Asia. Already there in the battles with the Basmachi war began for him. Since the end of 1942, Viktor Tolochko fought on the Central Front. He had several serious wounds, was buried alive with an injured leg in the Kursk Bulge and was rescued by a friend who identified him with a glittering golden lyre, which he was awarded back in school for his participation in a musical circle. On the obelisk in the village of Teplylkoe the name Tolochko VI is indicated. His mother received a funeral. Victor was a scout, he alone captured the German soldiers in the dug-out and brought six “languages”. After the hospital he returned to the unit and flew on the attack aircraft with a radio gunner. For courage and heroism was awarded the Order of the Great Patriotic War 1 degree, the Order of Glory 3 degrees, the Order of the Red Star, medals “For the capture of Koenigsberg” and “For victory over Germany in the Great Patriotic War 1941-1945.” In 1946 – 1950 years. He studied at the Kharkov Art School. In 1957 he graduated from Kharkov Art Institute. A pupil of A. Kokel. After graduation, he was appointed director of the Museum of Ukrainian Art in Yalta, which then occupied the halls of the Vorontsov Palace. In 1963 he built an art workshop in Yalta and returned to creative work. In 1970 he moved to Donetsk, in 1973 he became head of the Donetsk branch of the Union of Artists of Ukraine. Later he returned to the Crimea. The last 30 years of his life he lived and worked in Yalta. Worked in the genre of landscape painting and still life author of wonderful genre paintings. The artist’s paintings are highly valued at the Art market of Ukraine and abroad. The artist died on April 13, 2006 in Yalta. Honorary academician of the Crimean Academy of Sciences. In May 1999 it was included in the almanac “The Life of Remarkable People of the Crimea”. The works of the painter are widely represented in many public and private collections in Ukraine and abroad.