Soviet Ukrainian artist. Member of the USSR Academy of Arts. Born June 18, 1943 in the village. Petrovka Genichesky district of the Kherson region. 1969 – Graduated from the Chisinau Republican Art College named after. I. Repin. Since 1971 he lives and works in Kherson, participates in republican, international, foreign, group and personal exhibitions. 1971 – a member of the Union of Artists of Ukraine. 2007 – personal exhibition in Kiev. A significant part of the artist’s works is kept in the Kherson Art Museum. A. Shovkunenko, in the fund of the Ministry of Culture of Ukraine and private collections. The passion for Russian icon painting had a big impact on the work. Being an artist-restorer, he understands icons very well. Creative trips to Poland, Germany, France, England, USA. Among the Kherson artists Yegor Tolkunov takes a special place … It belongs to the masters of the brush of the older generation. Charming, energetic, cheerful painter and a man. Advantage provides genre paintings in which the inner world of people reveals Somehow answering the question of one journalist about how contemporary Kherson artists live now, Yegor Yegorovich answered rather unexpectedly and to some extent in an unusual way: “You know, Kherson artists lived particularly well in Soviet time. We had government orders, state, collective-farm, enterprises ordered. We lived well. Received a salary that you could even buy a car … Therefore, they wrote from Soviet people, yes. I wrote milkmaids, descended into the mines of the Stakhanov movement, went to the space town … there were serious orders, and we lived at the expense of orders … As the Soviet power ended, so did our orders fail. Now the topics are mostly commercial, i.e. landscapes, still lifes – what can be sold … Now the artist, mainly, lives off the market … “The artist’s works are kept in private collections in Ukraine, Russia, Europe and the United States. Photo: In the workshop of E.E. Tolkunov 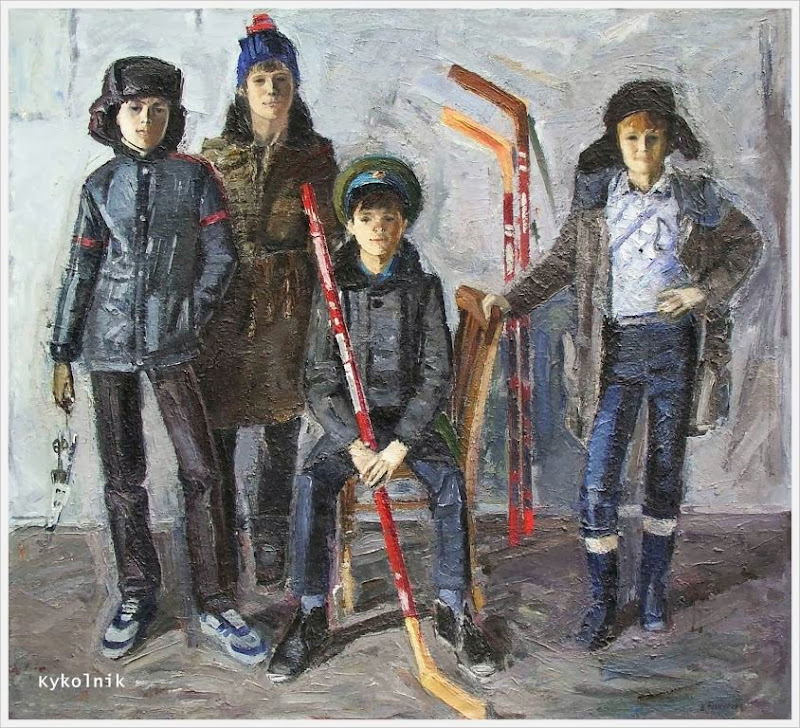