Soviet Ukrainian painter. People’s Artist of Ukraine. Member of the USSR Union of Artists. Isaak Iosifovich Tartakovskiy was born on April 25, 1912 in the town of Volochisk (Khmelnytsky region) in the family of a teacher. In 1919, the artist’s family moved to Kiev. At the age of fifteen, Isaac entered the Art and Industrial School, which he graduated in 1929. His teachers were such outstanding teachers and artists as K. Trokhimenko and K. Yelev. From 1932 to 1937 he studied at the Kiev Institute of Cinematography at the Cinematography Department in the studio of A. Dovzhenko, who graduated with honors. Before the war he worked at the Kiev Film Studio, where, together with M. Umansky, he participated in the creation of the films “Alexander Parkhomenko”, “Big Life”. Member of the Great Patriotic War. Demobilized after the war, Isaak Tartakovsky entered the Kiev Art Institute. His teachers were A. Shovkunenko, M. Sharonov, K. Yeleva, V. Kostetsky, I. Shtilman, S. Grigoriev, T. Yablonskaya. He takes part in art exhibitions: since 1949 in republican and all-union, and since 1951 – in international exhibitions. He finished his studies in 1951, defending the diploma work “At the Watch of the World” with distinction. Member of the USSR Union of Artists. In 1976, I.I. Tartakovsky was awarded the title of Honored Artist of Ukraine, and in 1993 he was awarded the title of People’s Artist of Ukraine. He is the author of numerous thematic pictures, distinguished by imagery and sincere love for life. Entering the history of Russian painting primarily as a portraitist, the artist painted many fine landscapes and still lifes, especially in the last years of his life. In the 1990s. I.I. Tartakovsky refers to the theme of the genocide of the Jewish people, creates paintings on this topic. The artist died on June 18, 2002 in Kiev. The works of Isaak Iosifovich Tartakovsky are kept in the National Art Museum of Ukraine, Dnepropetrovsk, Donetsk, Simferopol, Sevastopol Art Museums, Theodosia Art Gallery, etc., in galleries and private collections in Ukraine and abroad. 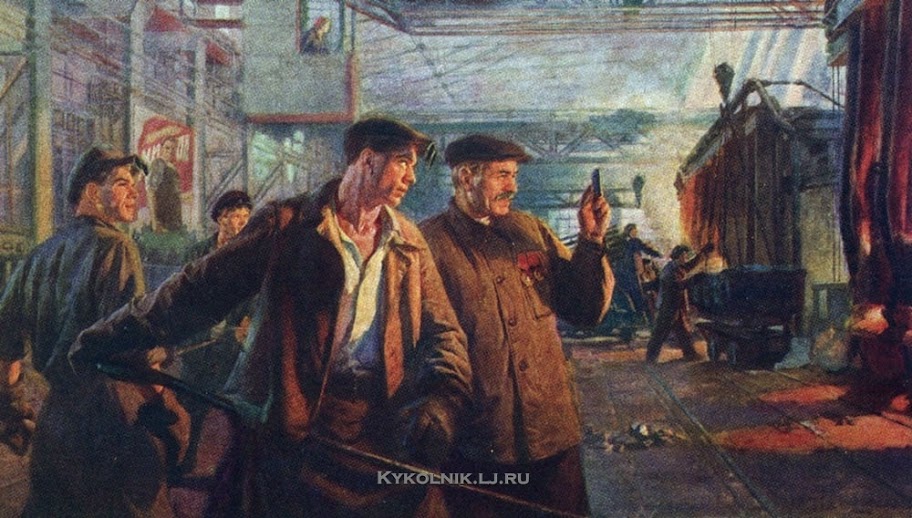 Photo: Isaak Isaakovich Tartakovskiy “On the watch of peace” 1954