An outstanding Soviet Russian artist. Member of the USSR Academy of Arts. Honored Artist of the RSFSR, laureate of the State Prize. I. Repin (1968, for a series of landscapes: “In the North of Russia”, “New North”, “White Night”). Corresponding Member of the Academy of Arts of the USSR. He was awarded the silver medal of the Academy of Arts. Member of the XXXIII International Biennial of Art in Venice (1966). Stozharov V. F. graduated from the Painting Department of the Moscow Art Institute. Surikov, where he studied at D. K. Mochalsky, G.K. Savitsky, V. V. Pochitalov (1945-1951). Stozharov VF lived a short life, but remained a unique phenomenon of Soviet and all Russian art. His painting is lively, bright, sonorous in color, joyful in mood captivates with his truthfulness, accuracy of notes of details. Since the 1950s, Stozharov traveled a lot around the country, especially in the Russian North, and there he collected material for his work. From trips to the Pskov, Yaroslavl, Kostroma, Vladimir, Arkhangelsk regions and from abroad, he brought a huge number of sketches, which were then embodied in the paintings. Turning to the theme of the Russian North, the artist added a golden collection of Russian landscapes with a number of remarkable works. Vladimir Fedorovich was endowed with a rare colouristic gift. His work is both material and poetic at the same time. His art is deeply national and monumental. He wrote the cathedrals of the North and the churches of the central strip of Russia, wide panoramas of villages, log cabins, endless fields, people in their work and holidays. A special place in the work of Vladimir Fedorovich is still life. Stozharovskie breads, brothas, samovars, teapots, kryvki, jugs with kvass, spinning wheels store the warmth of human hands. The whole creative life of Vladimir Fedorovich, from the 1950s to the 1970s, when he unexpectedly passed away, was a confident ascent to perfection. The name of Vladimir Fedorovich Stozharov stands in the forefront of masters of Russian painting of the mid-20th century, the successors of the best traditions of the Russian realistic school.
His art has stood the test of time and found a worthy place in the collections of the largest museums of the country and abroad. The works of Vladimir Stozharov are kept in the State Tretyakov Gallery (12th), the State Russian Museum (11th), the Royal Academy of Arts of Great Britain, the Museum of Russian Art in the USA and more than 90 museums in Russia and other countries have permanent exhibitions of works by VF Stozharov. 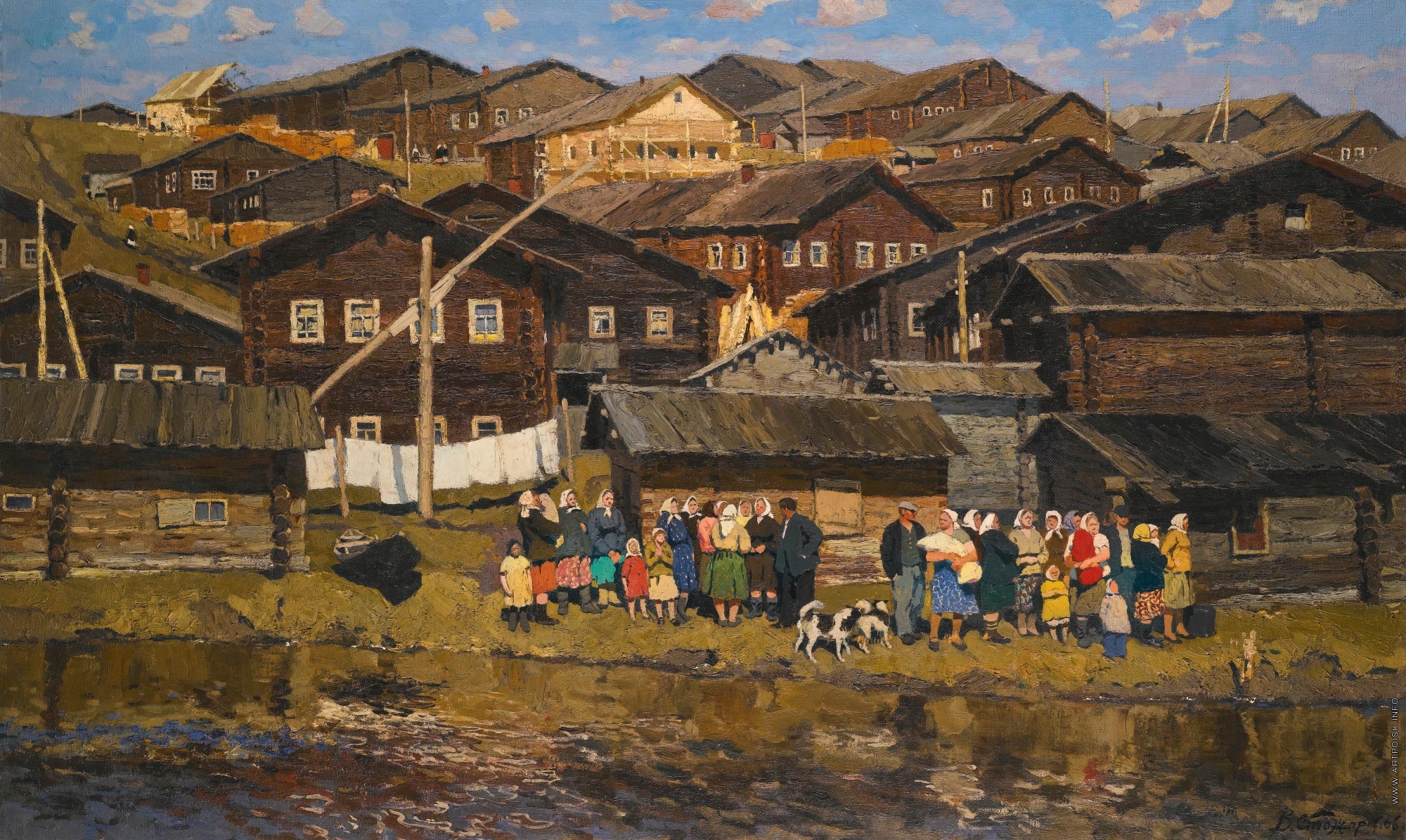