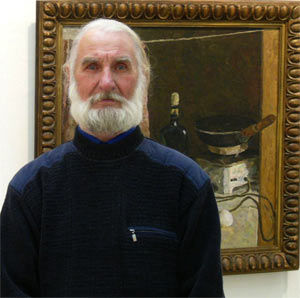 Soviet painter. Honored Artist of the RSFSR. Member of the Union of Artists of the USSR (since 1967). In 1951 – 1956 years. studied at the Sverdlovsk Art College, in 1956 – 1962. in the Moscow State Art Institute. IN AND. Surikov in VG. Tsyplakova, D.K. Mochalsky. Since 1962, he lives and works in Orel. The participant of zonal, regional, republican and all-Union exhibitions. The art of the Orlov painter, Honored Artist of the RSFSR Ivan G. Stepanov is an example of an organic fusion of tradition and living modernity. Throughout his creative work, he invariably writes Orlovschinu, inspiringly tells about the people of this region. In the refraction of human feelings and experiences, the painter seeks to embody in the best traditions of the Russian and Soviet colouristic school the image of a generous land embodying the Motherland, the father’s house, nature, the sun, sky and air. Childhood and youth Stepanova were held in the Urals. There he graduated with honors from the Sverdlovsk Art School. The gift of the painter was strengthened in the Moscow Art Institute named after VI Surikov. His teachers were VG Tsyplakov and DK Mochalsky. Communication with the leading masters of Soviet art was a fertile soil on which the artist’s aesthetic principles were formed, a colouristic gift developed, and performing skills increased. Important was the fact that the beginning of an independent path Stepanov coincided with the organization in the sixties zonal exhibitions. A new form of exhibition activity included young forces into the orbit of art, served as an effective stimulus for the civil and professional activity of artists. The atmosphere of the renovation of the art of the sixties, which threw off the glamor and appealed to the truth of life, charged the younger generation with the spirit of innovative searches, informed the energy of an effective attitude towards the real world. The center of creative aspirations of the painter was a subject-thematic picture, which opened the possibility of a multifaceted artistic and imaginative coverage of reality. As a student, Stepanov travels extensively through Siberia and the Urals. It attracts cities and Komsomol new buildings, where the rhythm of creative activity is especially strained. In the drawings and picturesque sketches were reflected the types of Krasnoyarsk, the construction of the Bratsk hydroelectric power station, the working days of metallurgical centers – Magnitogorsk, Nizhny Tagil, Kemerovo, Kuzbass. Impressions of these trips formed the basis of the paintings “Urals” (1962), “The working day is over. Metallurgists “(1964). 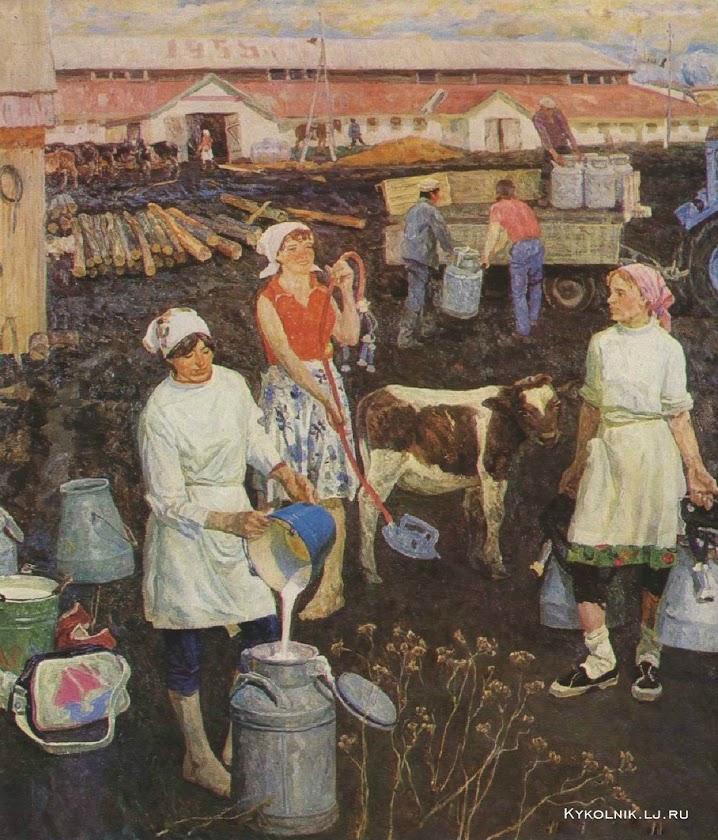 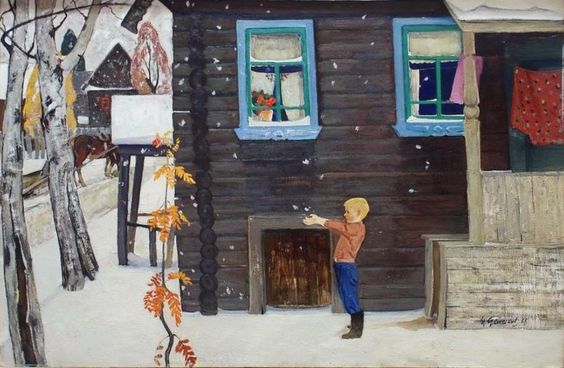