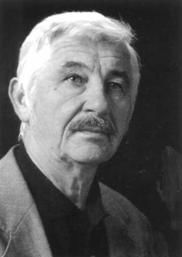 Soviet Ukrainian painter. Member of the USSR Academy of Arts. People’s Artist of Ukraine. Skakandiy Vasiliy Yulievich was born on March 4, 1941 in the village of Sredne, Uzhhorodsky district, Transcarpathian region.
In 1965 he graduated from the Graphic Department of the Kiev State Art Institute. Teachers on the specialty – V. Kasyan, I. Selivanov, G. Yakutovich. Member of the National Union of Artists of Ukraine since 1968. In 1990 Skakandii Vasiliy Yul’evich was awarded the title “Honored Artist of Ukraine”. Laureate of the Regional Komsomol Prize. D. Vakarova (1969). Laureate of the Republican Komsomol Prize. N. Ostrovsky (1970). Laureate of the regional award. I. Bokshay and A. Erdely in the field of fine arts. In 2007 Skakandii Vasiliy Yul’evich was awarded the title “People’s Artist of Ukraine”. The main works: “1945” (1966); series “Olexa Borkanyuk – People’s Hero of Transcarpathia” (1965); “Legends of the Carpathians” (1967); illustrations to the poem “The Apostle” Sh. Petofi (1967); “From folk songs of Transcarpathia” (1968) and others. Participated in exhibitions: republican and all-Union since 1965, foreign since 1968.