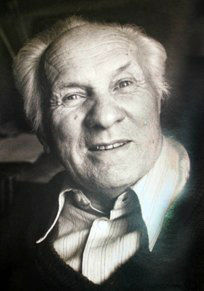 Soviet Ukrainian painter. Landscapist. Honored Artist of the USSR. Member of the USSR Academy of Arts. He was born on July 21, 1909 in the village of Prikopa in Transcarpathia (Slovakia). In 1933 he graduated from the Uzhgorod Art School, where he studied under I. Bokshay and A. Erdeli. In 1933, Sholtes Zoltan graduated from the Uzhgorod Greek-Catholic seminary, continuing to paint. Since 1933 he served as a priest in the village of Uzhok in Transcarpathia. In 1933 the first personal exhibition of the artist in Uzhgorod was held. Since 1945, he has become a permanent participant in the republican, and since 1946 – all-Union art exhibitions. Since 1946 – Sholtes Zoltan Ivanovich member of the Union of Artists of the USSR. In 1961, a solo exhibition took place in Kiev. In 1965 Sholtes Z.I. becomes the chief artist of the production workshops of the Art Foundation. In the years 1965-1972. he headed the artistic council of the Art Fund of the Union of Artists of the Ukrainian SSR. In 1975 Sholtesu Z.I. awarded the title of Honored Artist of Ukraine. In 1988, a joint exhibition of Z. Sholtes and Honored Artist of Ukraine G. Gluck in Budapest was held in Budapest
Sholtes is a master of the realistic landscape, which continues the traditions of J. Bokshay and A. Erdeli. He is considered one of the most talented singers of the majestic panoramas of the Carpathian Mountains. The works of Zoltan Sholtes are sustained in the spirit and principles of realistic traditions of Transcarpathian painting school. Works are in museum and private collections in Ukraine, Russia, Japan, Canada, Slovakia, Czech Republic, Hungary, Romania, Poland, Germany, Holland.