Soviet painter, graphic artist. Born April 6, 1931 in the village of Kostyukhino Ivanovo-Voznesensk industrial area. Member of the Union of Artists of the RSFSR since 1960. In 1948-1953 he studied at the Palekh Art College. Since 1953 he worked in the Association of artists of Palekh (since 1954 – Palekh artistic and industrial workshops). Died November 13, 1989, buried in Palekh. Subjects of works: folklore, literature, genre scenes. Participated in exhibitions since 1955. Works of M.F. Shishkov are kept in the State Museum of Palekh Art (the museum of Russian folk art of Palekh miniature, located in the village of Palekh, Ivanovo region, Russia), the Art Fund of Russia. The main works: Ruslan and Lyubomil Shkatulka, 1989. GMPI, Song of Oleg the Wise. Larets, 1957. GMPI, Sadko. The box, 1957. GMPI, Sinyushkin well. 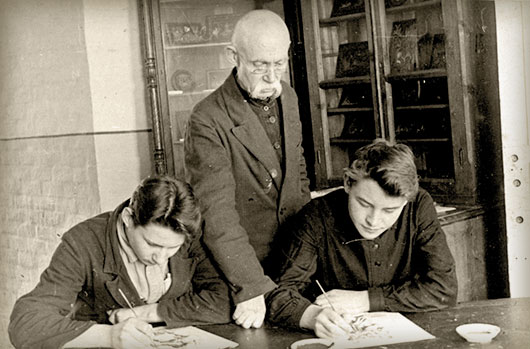