Soviet Ukrainian painter, graphic artist, artist of monumental and decorative art. Member of the USSR Academy of Arts. Dmitry Nikolaevich Shavykin was born on April 3, 1902 in Aleksandrov, Vladimir province (now Ivanovo region) of Russia in the family of a railwayman. In 1915, the artist’s family moved to Kiev. In 1919 Dmitry Shavykin took part for the first time in the exhibition of paintings of artists – employees of the Office of the South-Western Railway, opened in Kiev in May-June 1919. From 1921 to 1927 he studied at the Ukrainian Academy of Plastic Arts (since 1924 the Kiev Art Institute) with Kramarenko Lev Yurievich. After graduation, he moved to Kharkov, where in 1927 he became a member of the Union of Contemporary Artists of Ukraine. In 1930-1940 he teaches at the Kharkov Art Institute. In 1939, he participated in the painting of the pavilion of the Ukrainian SSR at the All-Union Agricultural Exhibition in Moscow. He is an active participant in republican, all-Union and foreign art exhibitions. Personal exhibitions were held in Kharkov (1945) and Kiev (1958 and 1961). He worked in the genres of landscape, thematic and historical paintings, as well as in the field of book graphics. In the creative heritage – the design and illustration of children’s magazines, literary works of Mark Twain, Natalia Zabila, Pavel Tychyna, Anatoly Shiyan. The most famous postwar works of Dmitry Nikolayevich Shavykin: Friendship (1951), The Seagull (1954), Evening on the Dnieper (1957). He died on March 29, 1965. The artist’s paintings are kept in the National Art Museum of Ukraine, in the Kharkov Art Museum, in the Transcarpathian Picture Gallery, the State Museum of Ukrainian Art in Lviv, in gallery and private collections in Ukraine and abroad. 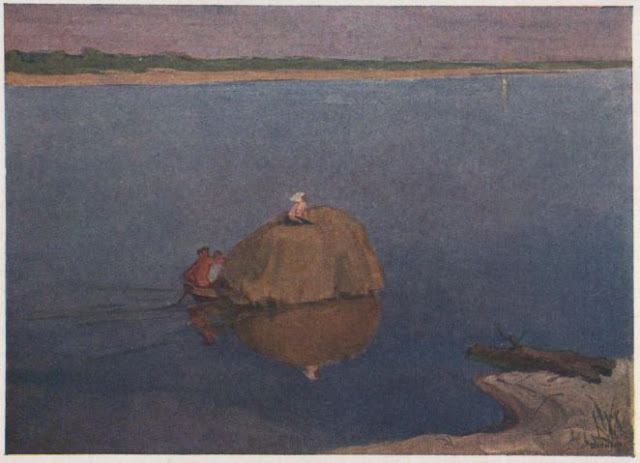