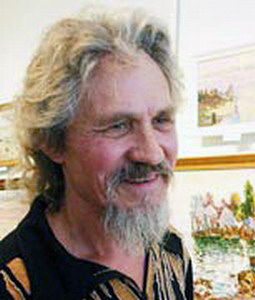 Soviet Ukrainian painter. Honored Artist of Ukraine. Member of the USSR Academy of Arts. Sergei Gavrilovich Shapovalov was born on May 15, 1943 in the village of Ingulo-Kamenka in the Novgorod region of the Kirovograd region. In 1962 he graduated from the Alexandria Pedagogical School. In 1968, he entered the Kiev State Art Institute at the painting faculty. The teachers are V. Gurin, V. Shatalin. After graduation at the institute, he was sent to work in the Kirovograd art-production workshops. Shapovalov SG – Member of the Union of Artists of Ukraine since 1989. Works in the field of easel painting. Master of landscapes and still lifes in a realistic manner. The participant of city, regional, republican art exhibitions. He took part in foreign exhibitions: “New York, Inter-Expo 2002” (USA); “The Russian House” Berlin, 2003 (Germany). In 2004, in Guadalajara (Spain), a solo exhibition of the artist was held. In Ukraine Shapovalov SG held more than 10 solo exhibitions (Kirovograd and Kiev). In 2006 he became a laureate of the regional award in the field of fine arts and art named after Alexander Osmyorkin. Honored Artist of Ukraine since 2008. Lives and works in Kirovograd. . The works of Sergei Gavrilovich Shapovalov are in the museums of Ukraine (Kiev, Izmail, Pereyaslav-Khmelnitsky, Kirovograd), in gallery and private collections in Ukraine and abroad. 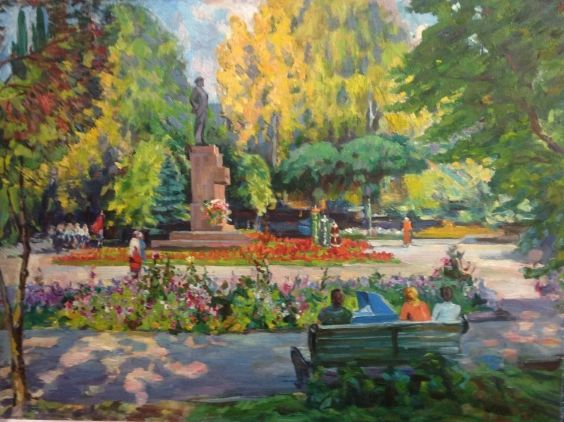