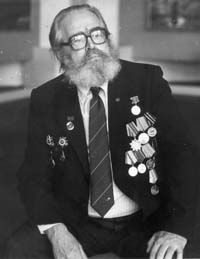 Soviet Russian painter. Member of the USSR Union of Artists, Honored Artist of the RSFSR (1978). People’s Artist of Russia (1982). Born March 24, 1922 in the village Zavalino Kolchuginsky district of the Vladimir region. Childhood and youth Yuri spent in the Vladimir region, about ten versts from the county town of Kolchugin – in the beautiful Russian lands, the charm of nature which he absorbed from a young age. He studied at the Yaroslavl Art College until 1941. Already at the time of writing the thesis the terrible news came: the war began. Young artists were collected at the recruiting station, shaved, but were given a respite for 2 weeks to protect the diplomas. And then – in the army. Father – a participant in World War I – said at the station: “Do not go ahead without looking back.” “Do not fool every head”. Yuri underwent accelerated training in the Podolsk artillery school evacuated to Bukhara, and was promoted to the rank of lieutenant. Under Stalingrad was already at the end of a great battle and plainly to take part in it did not have time – echelon from Bukhara was flown 3 severe winter months. Later fought as commander of a platoon, battery, division of the 31st brigade of the 11th artillery division. A real baptism of fire took place in the spring of 1943 in Ukraine near the town of Chuguev on the shores of the Seversky Donets – the same Chuguev where the great Ilya Efimovich Repin was born and created his first drawings. Yuri Semenyuk had to adjust the fire of artillery batteries in the small homeland of the great painter. Yu. I. Semenyuk took part in the Kursk-Belgorod, Korsun-Shevchenko and Yassko-Kishinev operations. Then he fought Bessarabia, Romania, Hungary, Czechoslovakia with fights. Only on May 19, 1945, the commander of the battalion Semenyuk covered the trunks of his guns from the Czechoslovak town of Havlichkov Brod, which is 60 km from Prague. In the autumn of 1946 the division was disbanded, and Yury Ivanovich was demobilized. From native penates was drawn to Yaroslavl. At first he worked as an artist-designer at the 1-st mechanical plant (now OJSC Polymermash), then was invited to the Yaroslavl Association of Artists, later transformed into the department of the Art Fund. Here he joined the creative life of the collective, in the work on paintings, began to participate in art exhibitions, worked a lot on nature. Lived and worked in Yaroslavl. In 1952 he was approved as a candidate, and in 1954 he was admitted to the Union of Artists of the USSR. In 1957-92 he was a delegate of the First and subsequent Congresses of Artists of the USSR and the RSFSR. Since 1951 he took an active part in exhibitions. From 1958 to 1961, he headed the board of the Yaroslavl branch of the Union of Artists of the RSFSR. In 1960-1993 he was a member of the board of the Union of Artists of the RSFSR. From 1977 to 1982 he was chairman of the board of the Yaroslavl organization of the Union of Artists of the RSFSR. In 1977-1983 and 1988-1992 – Member of the Board of the Union of Artists of the USSR. Works Yu.I. Semenyuk: landscapes, still lifes, genre sketches – can be seen in more than 40 museums and art galleries of Russia and foreign countries. Many works of the artist settled in private collections of compatriots and admirers of Russian painting in 24 states. He is an active participant in more than 300 art exhibitions, including a number of personal exhibitions. Hundreds of works by the Yaroslavl artist were reproduced in domestic and foreign publications. He was awarded the Order of the Patriotic War II degree, the Red Star, Friendship of Peoples, medals “For Courage”, “For Victory over Germany”, commemorative and anniversary medals and signs. 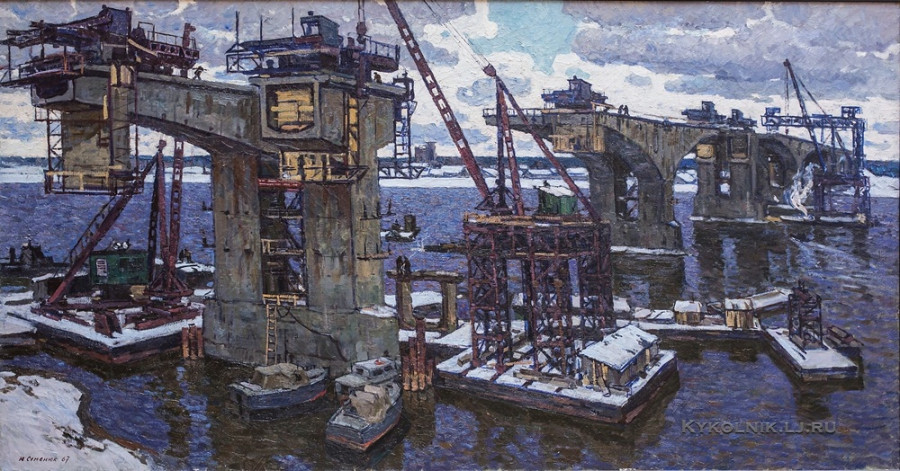 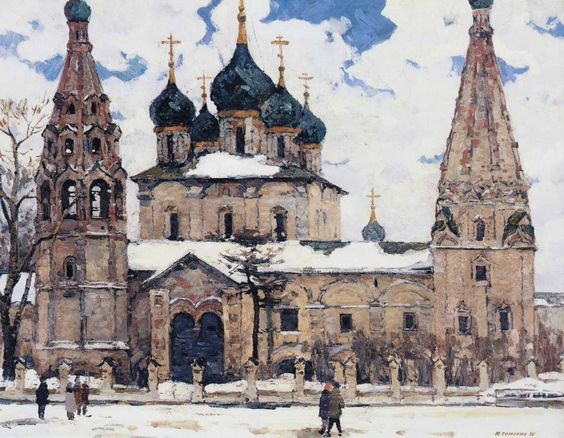 Photo: Yuri Semenyuk “The Church of Elijah the Prophet” 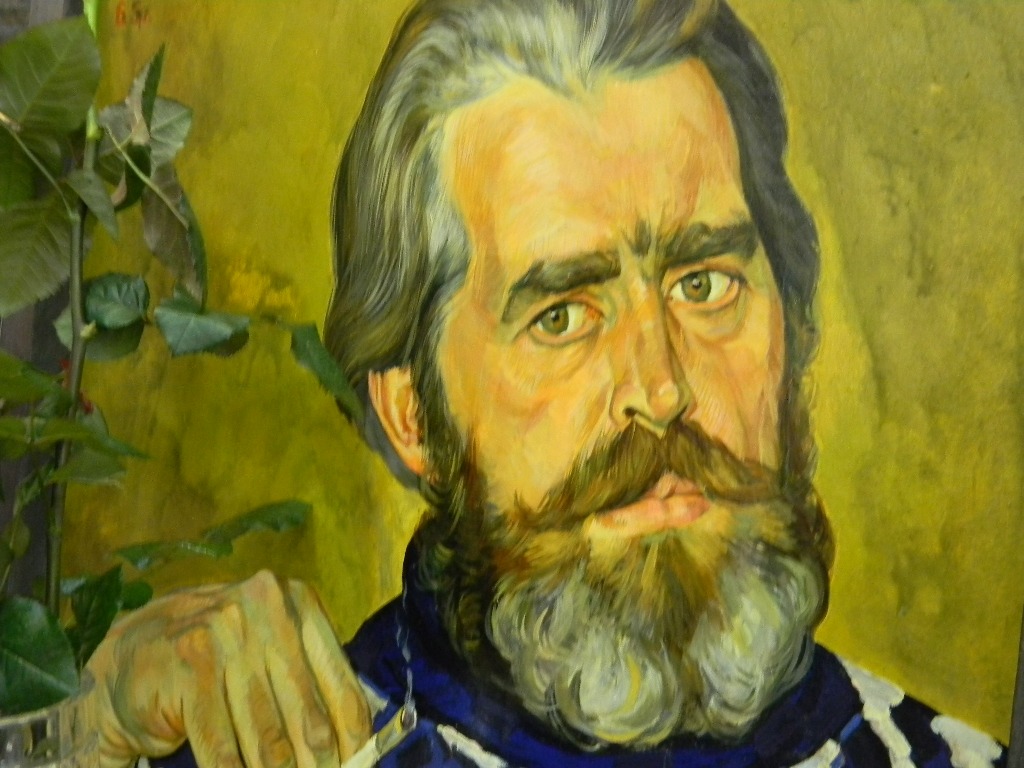 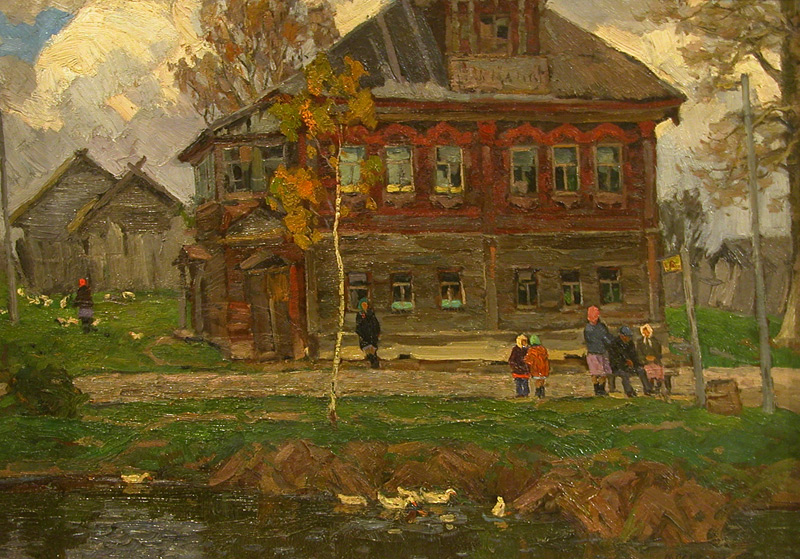 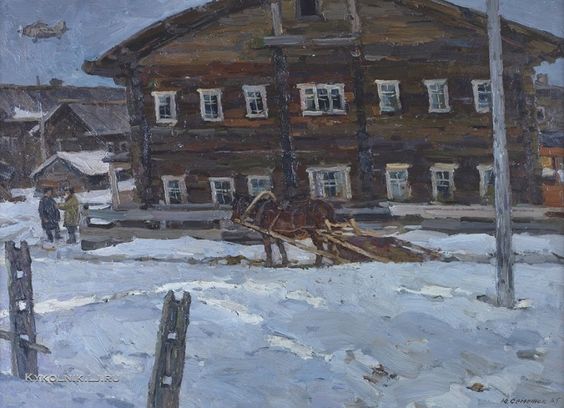 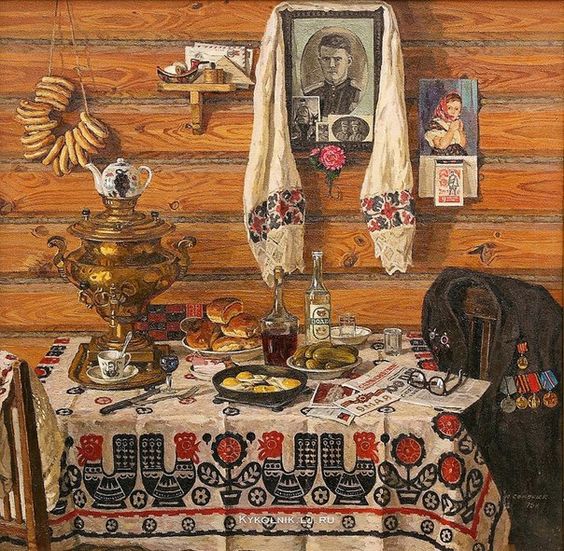 Photo: Yuri Semenyuk “Today is a holiday in Russia”, 1975 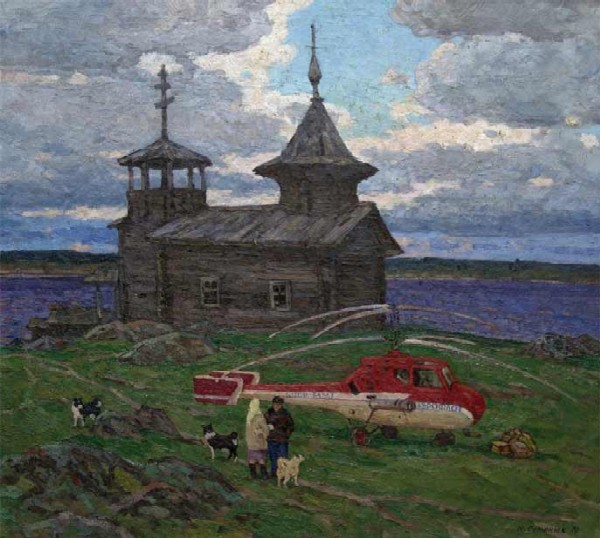