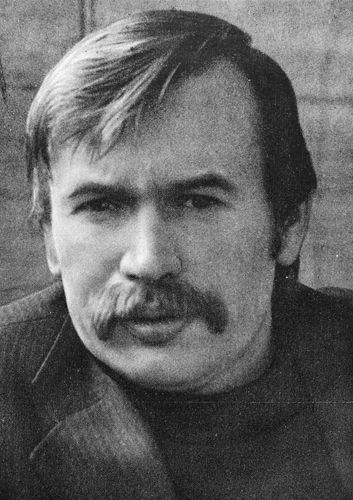 Soviet Ukrainian painter. Member of the Union of Artists of Ukraine. Honored Artist of Ukraine. Sergey Nikanorovich Repka was born on January 15, 1944 in the city of Novogeorgievsk, Kirovograd region. In 1965 he graduated from the Crimean Art College named after N.S. The samokish. From 1965 to 1971, S.N. Repka studied at the Kiev State Art Institute in the easel painting workshop under the guidance of Professor M.I. Hmelko. From 1972 to 1974 he continued his studies at the creative workshops of the Academy of Arts of the USSR under the guidance of professors M.G. Deregus and S.A. Grigoriev. Since 1973, he has participated in republican and all-union art exhibitions. Repka S.N. – Member of the Union of Artists of the Ukrainian SSR since 1974. Works in the field of easel painting. Artist Sergei Repka called the virtuoso of still life and landscape. As the candidate of art criticism Vladimir Petraschik writes, “the landscapes of S. Repki are diverse in terms of the plot and mood, according to their inherent figurative significance. Without copying what he saw, the artist sometimes creates tiny etudes, emphasizing the characteristic features of the landscape in them, inspiring them with his own mood. The bright painting and cheerfulness of the world view awaken in us the same emotions that filled the impressionable heart of the maestro. S. Repki’s landscapes tend to sketch, but always perfect in all artistic dimensions. They are characterized by a lyric-poetic mood and an exquisite elevation. Still lifes are interesting, which reflect the awakening of either nature, or a happy smile of a woman, sometimes – moods of different seasons and days. Sergei Repka is also skilled in portraits, where dominance is cultivated and subtlety of inner feelings. Models of the master are reproduced in a free style of a broad brushstroke, with a light, fresh and pure view of the creator of the world. ” Master of still life, landscape and portrait. His landscapes, created in the open air, are diverse both in terms of subjects and mood, and in geography – from the Kiev slopes to the tea plantations in China. Still-lifes of the artist are chamber, poetic, exquisite. In the deeply psychological portraits dominate the nobility and sublimity of inner feelings. The artist’s painting is amazingly lyrical. In 2009, Repka Sergey Nikanorovich was awarded the title “Honored Artist of Ukraine”. In 2010 he became a laureate of the city award in the field of fine arts named after S. Shishko. Works of the painter are presented in museum, gallery and private collections in Ukraine, Japan, Germany, France, Finland, Australia. Lives and works in Kiev.

Photo 1: Sergey Repka in a creative business trip in the Crimea

Photo 2: Album of the exhibition S.Repka

Photo 3: At the exhibition of Sergey Repka