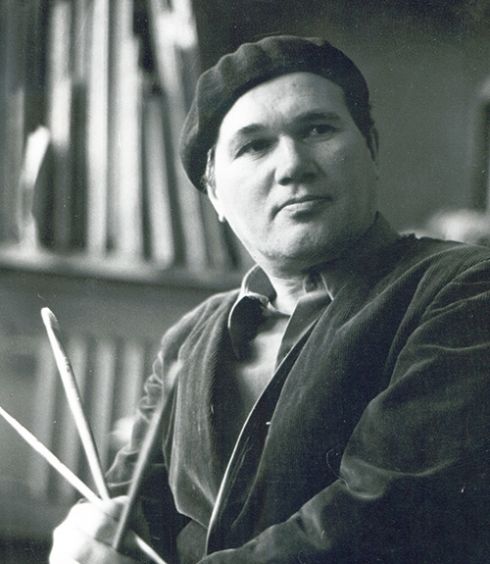 Soviet Ukrainian painter. Honored Artist of Ukraine, a famous master of landscape. Andrei Ilyich Potapenko was born on January 5, 1925 in a peasant family in the village of Dneprovo-Kamenka in the Dnipropetrovsk region. I started drawing since childhood. As the artist himself recalls, the passion for drawing manifested itself already at the age of eleven. A severe childhood, orphanhood, taught him to rely on his own strength, to achieve the goal by hard work. Thanks to this, in1938 he entered the Dnepropetrovsk Art School, where his teachers were M. Panin and N. Pogrebnyak. Andrei Potapenko belongs to the generation of artists, the formation of personality and character of whose creativity, influenced the Second World War. In 1943, AI Potapenko left for the front as a volunteer, was wounded, but again returned to the service and fought until the end of the war. After 1945, continued his studies at the art school, and after his graduation he worked as a custodian of funds in the Dnepropetrovsk Art Museum. In the 1950s the artist traveled extensively throughout Ukraine, Byelorussia, the Caucasus, twice visited Kazakhstan in places of exile, TG Shevchenko. These years were the period of maturation of the artist’s talent, his formation as a master of painting. The artist’s creative search took place in the direction of the generalization of plastics, enhancing pictorial and compositional expression. Careful drawing of details in the early paintings gradually changes to a wider free style of writing. Landscapes the artist often writes directly from nature. He tries to convey to the viewer the diversity of nature in all its endless manifestations. Often landscapes A. Potapenko outgrow the boundaries of the genre, become plot works. Since 1951, the artist has taken an active part in all-Union and republican exhibitions. Throughout his creative activity, the artist has held many solo exhibitions in Dnepropetrovsk, Verkhnedneprovsk, Kiev, Zaporozhye. Works of the master took part in international exhibitions in Switzerland, Luxembourg, Japan, Italy. In 1964, Andrei Potapenko became a member of the Union of Artists of the USSR, and in 1984 he was awarded the title of Honored Artist of Ukraine. The artist’s works are kept in private collections in Ukraine, France, Germany, USA, Austria, Japan, Russia. 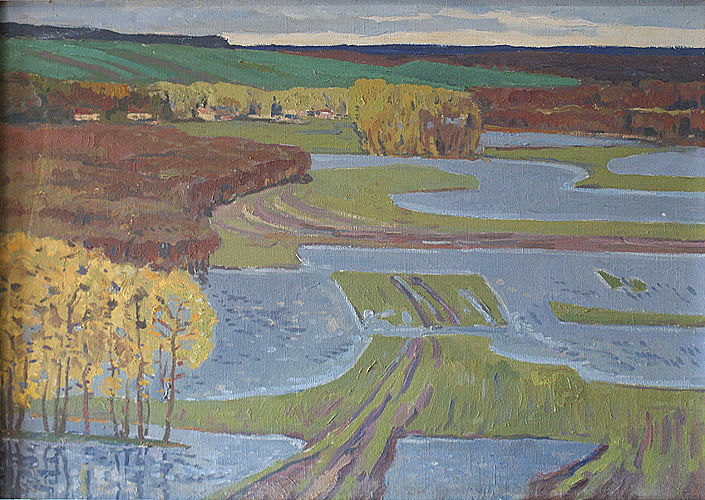 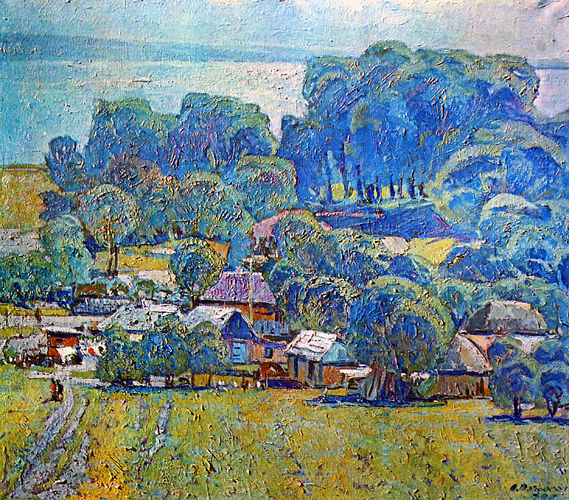 Photo: “Member of the Union of Artists of the USSR painter Andrei Potapenko.