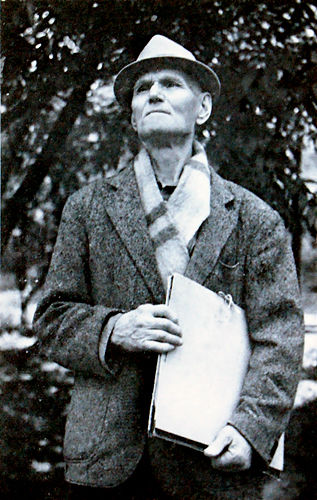 Soviet painter, monumentalist, theater artist.
Sergey Borisovich Otroshchenko was born on April 2, 1910 in Omsk, in Russia.
From 1925 to 1929 he studied at the textile faculty in the Omsk Art and Industrial Technical School.
From 1930 to 1935 he studied at the theatrical faculty at the Odessa Art Institute. The art of scenography was taught to him by Professor VN Muller.
From 1935 to 1940 he studied at the Kiev Art Institute in the studio of F. Krichevsky.
Since 1940 he has participated in city, republican, all-Union and foreign art exhibitions.
Otroshchenko S.B. – Member of the Union of Artists of the USSR since 1941.
With the beginning of the Great Patriotic War, he was drafted into the army and from 1941 to 1944 he worked as an artist of the front house of the Red Army.
From 1944 to 1968 he lived and worked in Kiev.
The first husband of the artist T. Yablonskaya.
In 1968, S.B. Otroshchenko moved to Moscow, where he worked at the Combine of the monumental and decorative art of the Art Fund of the RSFSR.
Participated in the painting of the pavilion of Soviet Ukraine at the Exhibition of Achievements of the National Economy of the USSR in Moscow.,
He worked on monumental works for the Museum of Historical Treasures of the Ukrainian SSR. Here, according to the sketches of the artist and his drawings in full size, six stained-glass windows dedicated to ancient crafts were created.
Works by S.B. Otroshchenko is represented in the State Tretyakov Gallery in Moscow, the State Russian Museum in St. Petersburg, the National Art Museum of Ukraine, the Kiev Museum of Russian Art, the Odessa and Lugansk Art Museums, in gallery and private collections in Ukraine and abroad.