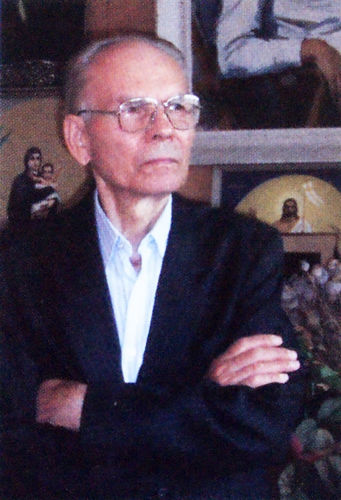 Soviet Ukrainian painter. Alexander Grigorievich Nazarenko was born June 9, 1928 in with. Voytovtsy of the Vinnytsia region. In 1940-1950-ies. he graduated from the Moscow and Vinnytsia art studios. In Moscow, he studied with Academician I. Kosmin, and in Vinnitsa – from the Honored Artist of Ukraine Arkady Soroki. In Vinnitsa Alexander Nazarenko worked first in the Society of Artists, and then in the production and art workshops. Since 1962 Nazarenko AG has participated in international, all-Union, republican, regional, all-Ukrainian exhibitions. Member of NSHU since 1976. Main works: “Nurse L. Lipko” (1972), “Home” (1975), “Inspector Yarosichenko” (1977), “In the hospital” (1985). Art critic T. Zhurunova about the artist: “Alexander Grigorievich Nazarenko can be called an artist of sincere impressionism – his devotion to pictorial mastery and a great style are tested by the principles of humanity and frank feelings.” The artist’s works are in museums of Ukraine and Russia, as well as in private collections in the USA, Israel, Canada. Belgium, France. Saudi Arabia, Russia, and Ukraine. Personal exhibitions: 1976 – “Charming Podillya”; 2003 – “Two generations of the portrait”; 2004 – “Half a Century of a Creative Dynasty”; 2006 – “Dedication to the City”. The works of the painter are represented in many public and private collections in Ukraine and abroad.

Photo: One of the works of Nazarenko AG :: Return :: 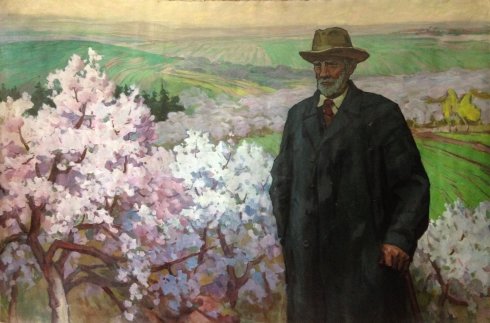