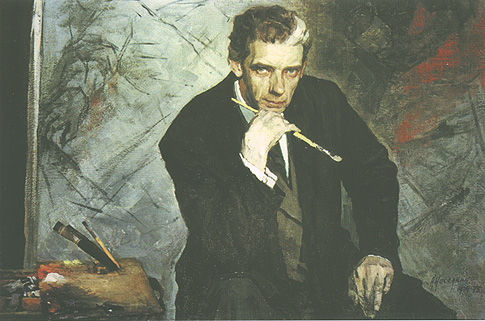 Soviet Ukrainian painter. People’s Artist of the USSR. Honored Art Worker of the Ukrainian SSR. Laureate of the award. T. Shevchenko. Member of the USSR Union of Artists. He was born on April 22, 1924 in Novgorod. In his childhood with his parents he moved to Kharkov. His creative path began in the Kharkov Palace of Pioneers. Even then, the work of the young Nasedkin was published and exhibited at the expositions. In 1943, the artist went to the front, where he took part in the battle on the Kursk Bulge. As the art critics say, Nasedkina always attracted the difficult destinies of strong people, pictures of the history of the country, large-scale subjects. He wrote about the war, about Ukraine 20-30-ies. He graduated from the Kharkov Art Institute (1951). The teacher by specialty – M. Deregus and E. P. Svetlichny. Since the early 70’s. and until the end of his life he was fond of still lifes and landscapes. He wrote several large-scale canvases dedicated to T.G. Shevchenko and Maxim Gorky. Nasedkin became known in the 60-70’s. According to an employee of the art museum Lyudmila Ponomareva, at this time Anatoly Nasedkin became one of the most illuminated artists in the press. Materials about him and his paintings were constantly published. Anatoly Nasedkin painted portraits, landscapes, still lifes. He was very fond of graphics – both book and easel, he made illustrations for works. The artist died in 1994. His paintings are kept not only in the fund of the Kharkov museum, but also in many foreign collections. A participant in the Great Patriotic War. He worked in the easel painting industry, easel and book graphics. The main works: paintings “Dubinonka”; “Seeing M. Gorky in Novgorod” (1955) “; Song of the Workers’ Artel “(1957)”; In a new life “(1958)”; To the collective farm “(1960)”; M. M. Gorky on the grave of TG Shevchenko “(1961)”; Bread – Revolution “(1965)”; Prodotto “; “In the days of October” (1968 – 1970) and others. Participated in exhibitions: republican since 1952, all-Union and foreign since 1955. Honored Artist of the USSR (1967). The works of the painter are widely represented in many public and private collections in Ukraine and abroad and are in deserved demand.

Photo: Nasedkin Anatoly Leonidovich “The Master of the Earth” 1982 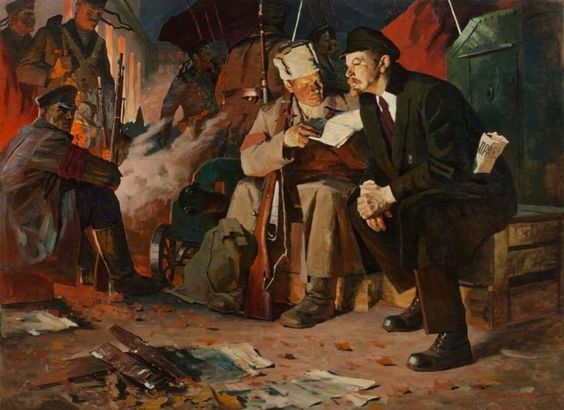 Photo: Nasedkin Anatoly Leonidovich “In the days of October” 1971