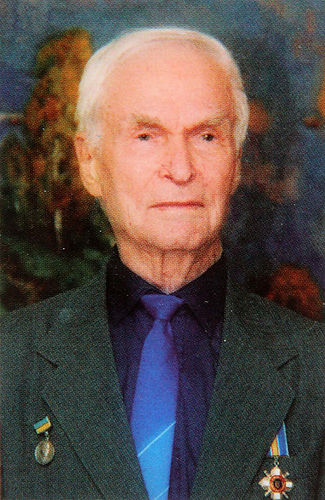 Soviet Ukrainian painter. Honored Artist of Ukraine. Member of the USSR Academy of Arts. He was born on August 26, 1918 in the village of Kulichka in Sumy region. From his childhood he dreamed of becoming an artist. Realized his dreams by joining the Kharkov Art College, where he studied the basis of drawing and painting in the studio of V. Korbinsky, who became the artist’s first mentor. End the institution prevented the war. He was a participant in the fighting, but at the same time he did not forget about his work. Outlines and drawings of that time are preserved. In 1945-1951 he studied in Leningrad – the Institute of Art and Architecture named after I.Yu. Repin. Under the guidance of famous artists. Olkhovsky, I. Sorokin and R. Frenz receive a fine art education. In the spring of 1953, A. Mordovets came to the city of Chernigov. He recalled: “I arrived in Chernigov in early April 1953. The ancient city, the spring full-length Desna, struck me so that I remained forever here. ” In a new and close to the heart of the city, the artist worked creatively, having proved himself to be a talented painter, specialist. He constantly took part in republican and regional exhibitions. Perfecting the traditions of realistic art, the artist created his own, characteristic only for him, artistic language. He worked fruitfully, writing such portraits and paintings on historical topics: “Gaydamaky” (1960), “Oath” (1972), “River, Make a Look at Priluchini” (1974) and others. His landscapes depict the picturesque corners of Chernigov in different seasons. Especially the artist was able to display a long memory architecture in the environment of nature. The real motifs are filled with a lyrical mood, the uniqueness of beauty, reflections. Laureate of the regional M. Kotsyubynsky Prize in 1993. Lived and worked in Chernigov. The works are presented in Chernihiv HM and private collections.
Since 2006 – Honored Artist of Ukraine. He worked mainly in the field of landscape and historical genre. The main works: “Gaydamaky” (1961); “Buckwheat blooms” (1963); “Kachanivka” (1964); “In the Bohunsky Regiment to Shchors” (1967), “Chabanovka Village Wheat Field” (1968) and others. He died tragically on December 13, 2006. Works are presented in many public and private collections in Ukraine and abroad.