Serbian artist. He was born in 1958 in Belgrade. He graduated from the Belgrade Art Academy (Faculty of Art History) in 1986. Milovich defines the main direction of his art as postmodernism, but recognizes that it is based on classical education, which is the basis for everything. Being in Odessa he studied with recognized masters (Vyacheslav Sychev). Bozhidar Milovich is the author of articles and TV programs on culturology. Personal exhibitions of his works were held in France (Toulouse, Grenoble, Paris), Italy (Milan, Rome), Russia (Moscow), Ukraine (Odessa, Lviv, Kiev). Of course, in Serbia (Belgrade), where Milovich lives. A lot of catalogs have been published about his work, including a number in our city. Bozidar Milovic was awarded the medal “The Fighter for Peace” of the Soviet Peace Foundation, the medal “For the Assistance” of the United Cossack troops of Russia and Ukraine. He is curator of the exhibition of the National Museum “Gems of the CIS” in Belgrade. “Art critic, book publisher, artist” – so presented in the petition for the Honorable Honor of the Odessa mayor “For Services to the City” citizen of Serbia Bozidar Milovic. For 30 years, Milovic Bozidar conducts a number of cultural projects in Odessa, designed to better acquaint the inhabitants of Odessa with the works of Serbian and Montenegrin artists, as well as presenting the work of Odessa artists in Serbia. Bozhidar acted as curator and publisher of catalogs for exhibitions from the collections of various Odessa museums in the museums of Belgrade. Held in Odessa exhibitions: “Contemporary Art of Montenegro” (May 2003, Odessa Museum of Western and Eastern Art) and “Milovich – Malevich” (June 2008, Odessa Art Museum). Milovich Bozhidar is also the author of articles and TV shows on the issues of the culture of the Slavic peoples. 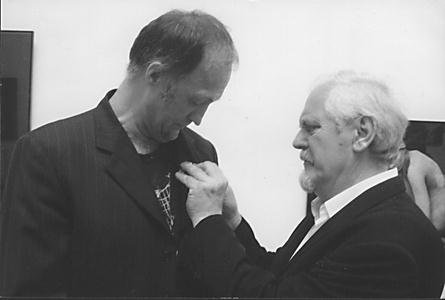