Ukrainian painter. Member of the Union of Artists of Ukraine. He was born on April 11, 1962 in the settlement of Metelkino, Lugansk region. In 1988 he graduated from the Art and Graphic Department of the Odessa Pedagogical Institute. He has been engaged in creative activity since 1991. In December 1994 the first solo exhibition was held in Odessa. In 1999, his works were exhibited at the Academy of the Ministry of Internal Affairs of Ukraine. In 2000, Vladislav Metelkin becomes a notable figure in the cultural life of the capital and Odessa: “Kiev Spring 2000”, art project “Spring”, Fifth International Festival of Arts, International Exhibition “Our House Odessa 2000”, etc. Awards: In 2007 – Diploma of 1 degree from the International Fund “Cultural Heritage” – “For Contribution to the Development of Russian Realistic Art”. 2007 – Awarded the title of laureate of the contest of artists of Russia and CIS countries. 2012 – Gold Medal “For Excellence” and an honorary Diploma from the International Fund “Cultural Heritage”. The works of the painter are represented in many collections in Ukraine and abroad. 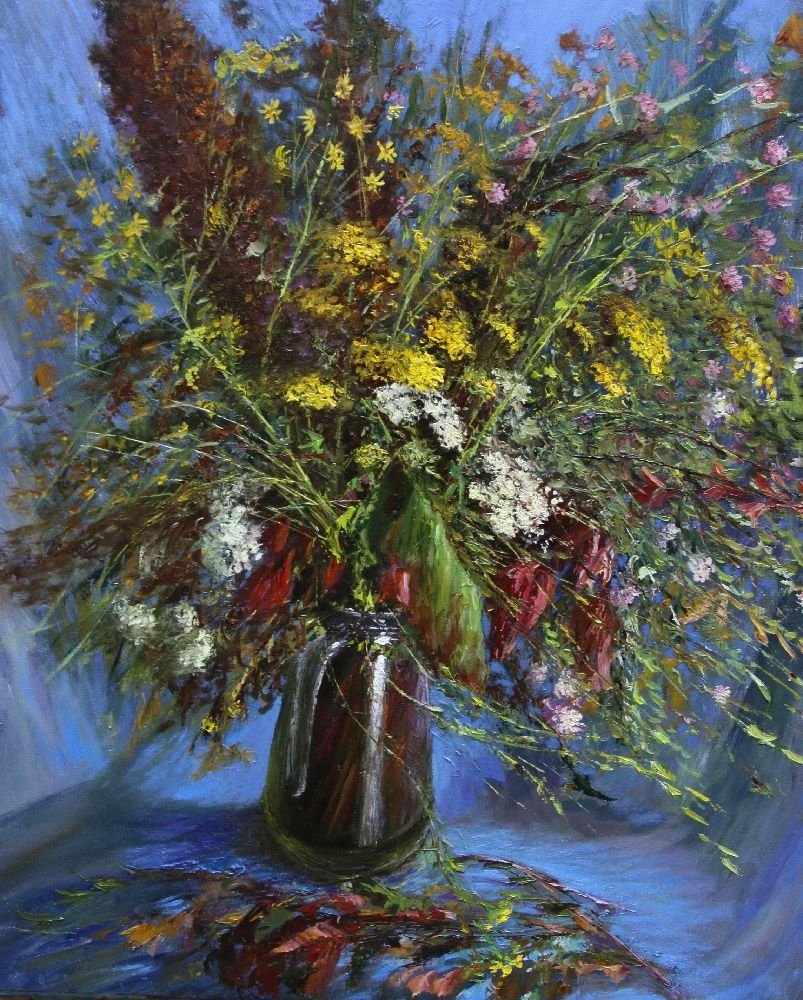