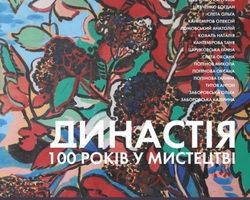 Soviet Ukrainian painter. Honored Artist of the USSR from 1973. Member of the USSR Academy of Arts. Born October 3, 1911 in the family of a machinist at the station Panyutino, Lozovsky district in the Kharkov region. Even in his childhood, his ability to draw, observation, a subtle sense of nature. He received his primary art education at the art school in Lozovaya. In 1932 he entered the Kharkov Art Institute, and in 1934 – transferred to the Kiev Art Institute, where he continued his studies in the studio of an outstanding painter, in the class of Fedor Krichevsky. The best pupil of Fedor Krichevsky. Raised in the studio of Fyodor Krichevsky, Peter Dorofeevich introduced into Ukrainian art a powerful wave of magnificent landscape painting. Member of the Finnish and Great Patriotic War. During the Great Patriotic War he served in the ranks of the Soviet Army on the Karelian front. He was the main artist of the front, he worked in the front-line newspaper. His front sketches are full of great love for a soldier in a gray greatcoat, which brought suffering, the pain of war and learned the joy of Victory. Demobilized from the army, the artist gave himself to creativity. He works a lot and enthusiastically, takes part in almost every republican exhibition, teaches at the Kiev Art Institute. In 1946 he married the artist G.D. Zorya. In 1947, they had a daughter, Olga, and in 1950, daughter Oksana. Both became outstanding representatives of contemporary art in Ukraine. After the war he lived in Kiev. Honored Artist of the USSR from 1973. The author of many thematic paintings, a heartfelt landscape painter, whose works clearly showed the main features of Soviet fine art: patriotism, humanism, love of the native nature, sincerity in its depiction. Petr Sleta is an artist of a wide creative range. He is the author of many thematic paintings (Meeting in liberated Kiev, 1947, VI Lenin in the Kremlin, 1968, First Spring, 1964-1965, etc.). In the artist’s creative heritage there are many works dedicated to the memorable historical places associated with the heroic past of the Ukrainian people (Chigirin, 1953, Three Wells of Bogdan Khmelnitsky, 1953, Sabbotov, 1953, Tarasova Mountain in Kanev, 1949, etc.) . The artist’s giftedness and its uniqueness were revealed first of all in the works of the landscape cycle, which radiate a joyful perception of reality, attracted by the spontaneity in recreating the magical world of nature, deep humanity. It is in the landscapes that his talent of the lyricist and colorist manifested most fully. Spring images of nature are striking in variety, they have lyrical excitement, penetrating sincerity. The artist in his own way, sincerely and passionately perceives life, and even on everyday motives (Autumn, 1959, Winter, 1955, Okolitsa, 1970, Beginning of Autumn, 1970), his colors radiate optimism, attract clarity and simplicity, subtle understanding nature. Already in the landscapes of the early period, he seeks to create a generalized, epic image of nature. And in this respect, his best works of the 1960s and 1970s accurately recreate reality (Blooming, 1969, Moscow, 1973, Summer Song, 1973, Spring in the Crimea, 1971, Kiev State Taras Shevchenko University , 1970, Kiev, TG Shevchenko Park, 1970). In a series of landscape works dedicated to Bulgaria, Sweden, France, Italy, Turkey, Czechoslovakia (1963, Charles Bridge, Paris, June 12, 1956, Morning in Istanbul, 1956 Paris, Notre Dame. , 1971, etc.), where the artist once visited, he shows an extraordinary talent in revealing the most characteristic of both national and social signs. Each product of this cycle is not repeated in either color or composition. Works of Peter the Sleigh took a worthy place in the history of Ukrainian fine art, the best of them are preserved in many museums of Ukraine, Russia and private collections. Joyful and bright, full of poetry, they create a convincing image of our blooming earth, bear the warmth and sincerity of the artist’s heart. The artistic dynasty continues in the grandchildren. Daughters of Oksana Слеты: Oksana Popinova and Galina Popinova – both, followed in the footsteps of parents (their father – the artist-poster artist Nikolay Popinov). To date, they are famous and talented artists of Ukraine. The main works: “Kiev Kreschatik” (1957), “Tarasova Mountain in Kanev”, “Early Spring” (1960), “VI Lenin First Spring” (1963), “N. Khrushchev in the Sovkhoz Kommunar” (1963), Yablons, Awakening (1974), February in Koncha Zaspa, Notre Dame Cathedral (1960) and many others. Link: https://day.kyiv.ua/en/article/kultura/svet-ukrainskogo-impressionizma. 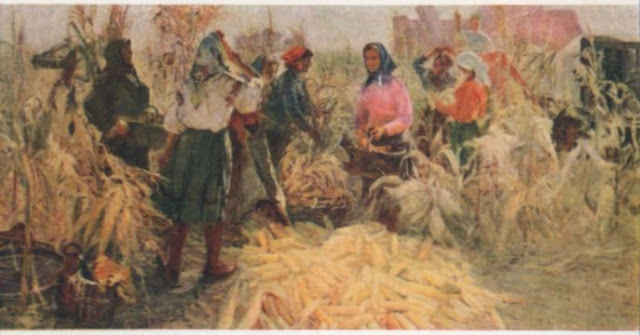 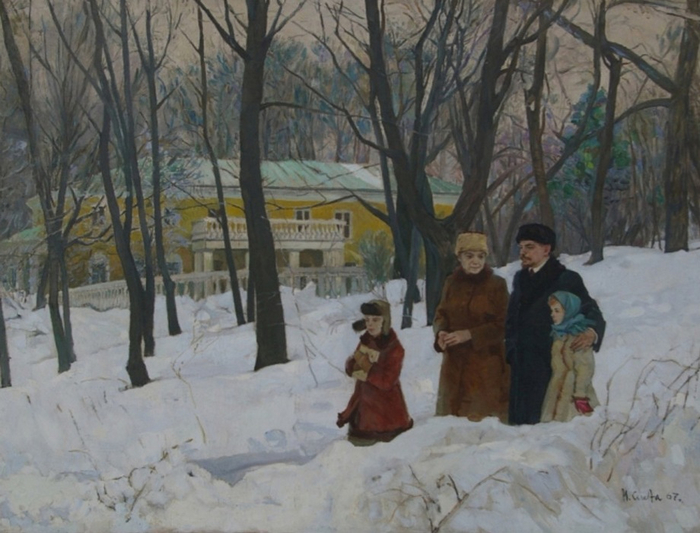 Photo: Petr Sleta “Lenin and Krupskaya in the Park” 1967