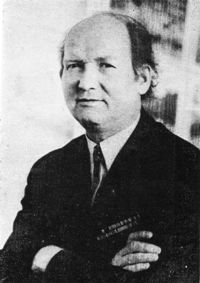 Soviet Ukrainian painter and graphic artist. Honored Artist of Ukraine. Member of the USSR Academy of Arts. Vladimir Ilyich Masik was born on June 7, 1917 in Yekaterinoslav (now Dnepropetrovsk) in a large family of a worker. In 1918 the family moved to Konotop, where the artist’s childhood passed. Here he graduated from the seven-year school, the school at paravozazonogoremontnom factory and began to work as a carpenter-modeler. During his studies, Vladimir began to visit the art studio of the Konotop railway club. The classes there were conducted by artists A. Hoffmann and V. Zabolotny. A. Hoffman graduated from the St. Petersburg Academy of Arts and moved to Konotop for family reasons, he was serious about teaching in a working art studio. It was he who first drew attention to the abilities of the young Masik and began to deal with him individually. In 1934, the work of the young artist “In Foundry” was purchased directly from the exhibition of the students, which was organized in Chernigov. On the recommendation of Hoffmann Vladimir Masik in 1935 was sent to study at the Dnepropetrovsk Art College, where he entered immediately to the second year. In the technical school Masik studied with the famous realist artist M. Panin and with such talented teachers as P. Alekhin, V. Korenev, E. Sagaidachny. Here he began his friendship with the well-known future artist V. Puzyrkov. After the successful completion of the technical school, in 1939, V.I. Masik entered the Kharkov Art Institute, from where he was drafted into the Red Army. At the beginning of the Great Patriotic War, after completing the accelerated program of the Vladimir Infantry School, the artist got to the front. In 1942, in battles near Orel, he was seriously wounded. He was awarded the Order of the Red Star and medals. In his native Konotop, the artist returned in 1943 as a disabled war veteran. The result of front sketches was the first personal exhibition in the factory club. When Kiev Art Institute returns from evacuation to Kiev, Vladimir Ilyich decides to continue his studies there. He studied under K. Trokhimenko, M. Sharonov, V. Kostetskiy, G. Melikhov., A. Sirotenko. After graduating from the institute in 1950, he worked as a director of the school of arts and crafts in Kiev for some time, then devoted himself entirely to creativity. He took part in exhibitions: republican – since 1954, all-Union – since 1958, foreign – since 1963. There were many personal exhibitions of the artist. He was engaged in illustrations, worked on the creation of ex-librises and various print techniques, which brought him the glory virtuoso cutter. He took an active part in the creation of the exhibition “Architectural Ensemble of the Kiev-Pechersk Historical and Cultural Reserve”.
It is generally believed that Masik’s talent was most clearly manifested in graphic art, but the series of landscapes of Kyiv region, Baltic, Crimea, Carpathians and Caucasus created by tempera and pastel created in the 70s and 80s demonstrated the breadth of the artist’s painterly craftsmanship. In 1977 Masik V.I. received the title of Honored Artist of Ukraine. Vladimir Ilyich Masik died on September 12, 1996 in Kiev.
The artist’s works are in the State Tretyakov Gallery and many art museums in Ukraine. 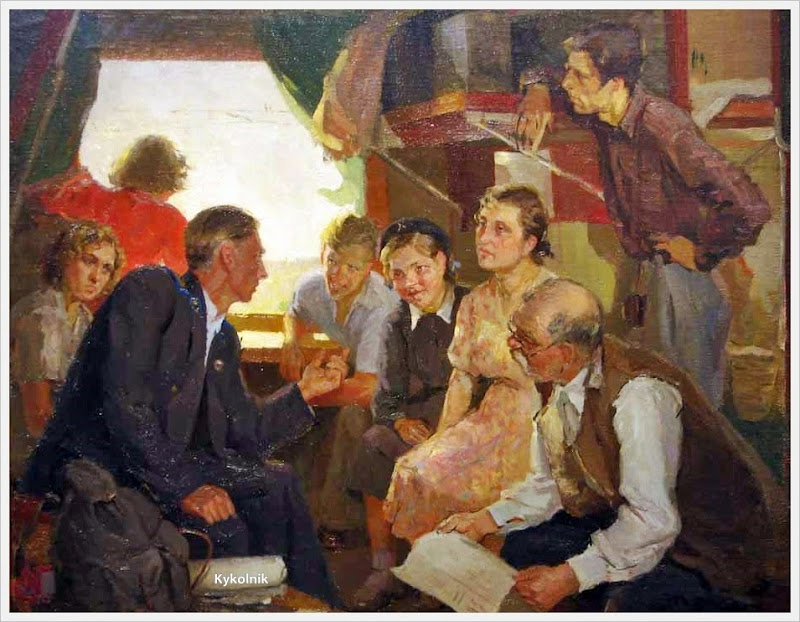