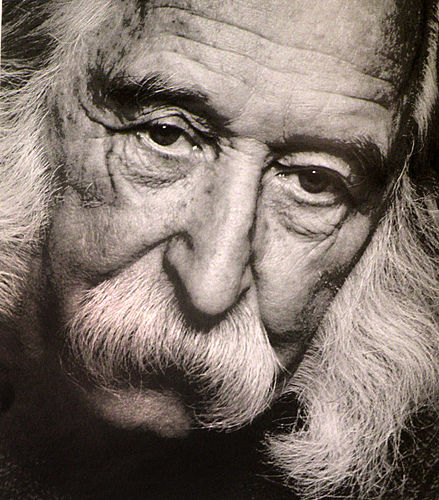 Ukrainian painter, graphic artist. Ivan Stepanovich Marchuk was born on May 12, 1936 in with. Moskalivka of the Ternopil region. In 1956, he entered the Lviv State College of Decorative and Applied Arts. Ivan Trush. After serving in the army he continued his education at the Lviv State Institute of Applied Arts, which he graduated in 1965. His teachers were D. Dovboshinsky, K. Zverinsky, R. Selsky.
Member of NSU (1988), laureate of the National Prize of Ukraine. Shevchenko (1997), People’s Artist of Ukraine (2002). “Nearly half a century, the creativity of Ivan Marchuk excites the minds of the audience, even amateurs turns into admirers of art, and art historians – into silent observers – so, very accurately characterizes the work of the artist art historian Tamara Stripko. – Original way of thinking, unique manner of writing. technical and compositional perfection of works, finally. the stylistic diversity of approaches and the scale of the collection are surprising and admirable. ” IS Marchuk divides his work into ten periods: “The Voice of My Soul”, “Flowering”, “Landscape”, “Portrait”, “Color Preludes”, “New Expressions,” “White Planet 1”, “White Planet 2 “,” Dreams come from the shores “,” A glance into boundlessness “. The works of each period are distinguished by a special style and artistic manner. The artist owns a unique technique of painting, he was the first in the world to apply a special method of applying paint to the canvas – “captivity” (from the word “weave”) – the finest “threaded” strokes. The main works: “Awakening” (1992), “So Time Goes” (1993), “The Light in Her Hands” (1998), “And caressed the look of the form of his creation” (2000), etc. The first official exhibition Marchuk I. was held in 1979 in Moscow in the gallery on the street. The Little Georgian. In 1980, writer Pavel Zagrebelny and poet Dmitry Pavlichko organized an exhibition of paintings by the artist in Kiev at the House of Writers. “People stood in line for an exhibition from the metro station to the House of Writers on Bankova!” – recalled Dmitry Pavlychko. Despite the undoubted success of creativity, Ivan Marchuk only in 1988 was admitted to the Union of Artists of Ukraine. At that time in the expanses of the USSR he held fifteen exhibitions. In 1988, an informal leader of the artistic Ukrainian underground – Ivan Marchuk emigrates to Australia, then lives in Canada and the United States, where his work is widely recognized. In 1989, taking into account the international fame that I. Marchuk acquired, the Union of Artists of the USSR accepts the artist (without his knowledge) in his ranks. In 2001 I. Marchuk moved to his permanent place of residence in Ukraine. In 2006, the International Academy of Contemporary Art in Rome took Ivan Stepanchovich Marchuk as a member of the Golden Guild and was elected an honorary member of the Academic Council of the Academy. This is the first time that a Ukrainian artist has been recognized as an institution of such a high standard. In October 2007, the artist was included in the rating of “One hundred geniuses of our time”, which was compiled by the worldwide consulting company “Creators Synectics” and published by the daily British newspaper “Daily Telegraph”. The formation of the rating was influenced by the role in changing the system of views, public recognition, the strength of the intellect, achievements and cultural significance of each of the candidates. Marchuk took the 72nd position. The artist held over one hundred solo exhibitions. The creative heritage of I. Marchuk is about five thousand works, which are stored in museum, gallery and private collections in Ukraine, Germany, USA, Australia and other countries.
Personal exhibitions:
1979 – gallery on the street. Malaya Gruzinskaya (Moscow);
1980 – The House of Writers (Republican Club of the Union of Writers of Ukraine and its Kiev City Organization), Kiev;
1990 – The National Art Museum of Ukraine. Kiev;
2004 – “Voice of my soul”, gallery “AVEC”, Kharkov;
2008 – “The Road Home”, Kiev Museum of Russian Art;
2012 – gallery “Mystets zbirka”, Kiev (an exhibition of the artist’s early works);
2013 – a monographic exhibition, the Radziwill Palace – a branch of the Lithuanian Art Museum, Vilnius (Lithuania);
2014 – “Unsolved secrets”, Museum of the History of Kiev;
2014 – “Ivan Marchuk. Yesterday, today … always “, gallery” Art – svit “, Dnepropetrovsk;
2014 – gallery “Triptych”, Kiev (the exhibition presents works created by the artist in the 2000s in New York).