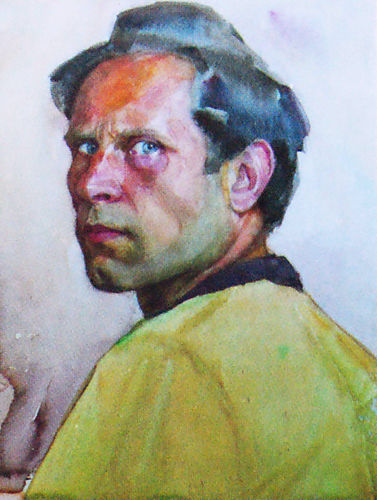 Soviet Ukrainian artist and teacher. Member of the USSR Academy of Arts. Vyacheslav Andreevich Malinovsky was born on March 12, 1937 in the village of Kolodievka Koretsky district of the Rivne region. After graduating from high school, from 1956 to 1959 he served in the Soviet Army. In 1960, Vyacheslav became a student of the Kiev Art Institute. His teachers were L.Vitkovsky, V. Zabashta. In 1964 he graduated from the institute and began teaching. From 1964 to 1966 he worked as a senior teacher of the Department of Fine Arts of the Omsk Pedagogical Institute. M. Gorky. In 1966, Malinovsky VA returns to Kiev and two years of teaching painting and painting at the Kiev Art and Industrial College. In 1968, he moved to work at the Kiev Civil Engineering Institute. In 1968 – 1978 – Assistant of the Department of Drawing and Painting, in 1978 – 1988 – Senior Lecturer of the Department of Drawing and Painting, since 1989 – Associate Professor of this Department.
V.A. Malinovsky – a member of the National Union of Artists of Ukraine since 1994. Participated in numerous exhibitions, including international ones. Master of portrait, landscape, genre painting. More than 30 works of the artist are represented in the museums of Ukraine and abroad.