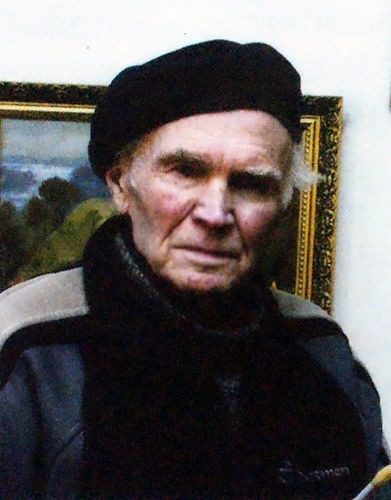 Soviet Ukrainian graphic artist, painter. People’s Artist of Ukraine. Pyotr Ivanovich Magro was born on June 22, 1918 in the village of Volosskoye, Ekaterinoslav province. In 1940 he graduated from Dnepropetrovsk Art College. Magro spent the whole war in aviation – in the airfield support battalion. In addition to military merit, Peter Ivanovich showed himself as an artist – he participated in the creation of the annals of the First Air Army
After the war, Magro PI worked at the Dnipropetrovsk Artistic and Industrial Combine. Since 1964 – a member of the Union of Artists of the USSR. He headed the board of the fund of the Union of Artists, was chairman of the artistic council of the regional branch of the Union of Artists of Ukraine, a delegate of two all-Union congresses of artists. Magro is a participant of numerous art exhibitions. Personal exhibitions of the artist took place in 1968, 1969, 1978, 1981.
P.I. Magro – the first Ukrainian artist, whose paintings were successfully exhibited in London, at the European Academy of Arts. In the spring of 1999, a solo exhibition was held in Edinburgh.
Honored Artist of Ukraine (1996). People’s Artist of Ukraine (2004). The works of Pyotr Ivanovich Magro are kept in art museums of Dnepropetrovsk, Donetsk, Lugansk, Krivoy Rog, private collections in Ukraine, England, France, Germany, Canada.