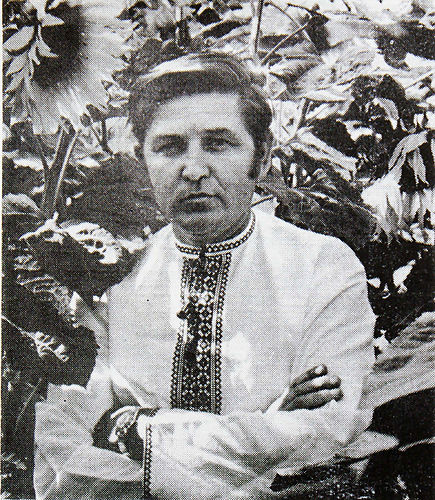 Ukrainian painter. Honored Art Worker of Ukraine. Grigory Prokopovich Matsegora was born on September 8, 1934 in the village of Oleiniki (formerly Motuzivka) in the Sakhnovshchinsky district of Slobozhanshchina in a peasant family. In 1956 he graduated from Kharkov State Art College, where he studied under the leadership of M. Slipchenka and Y. Stakhanov. In 1957 he worked as a drawing and drawing teacher at the secondary school in the village of Guta, Bogodukhov district, Kharkov region. In 1958 – the head of the studio of fine art of the Dnieper titanium and magnesium plant. Since 1961, Matsegor G.P. – Member of the Zaporozhye Regional Society of Artists. Since 1970 – Member of the National Union of Artists of Ukraine. In 1972 – 1975 – executive secretary of the Zaporozhye regional organization of the Union of Artists of Ukraine. In 1982 he was the head of the creative group of artists who performed a series of works dedicated to the 50th anniversary of the founding of the Zaporizhzhya Dneprospetsstal plant. Since 1990 – a member of the Zaporozhye regional association of the All-Ukrainian Society “Prosvita” them. Taras Shevchenko. In 1990 he became the initiator and organizer of the Zaporozhye branch of the National Union of Masters of Folk Art of Ukraine. As a result of many years of work as head of the organization (1990-2004), Macegory ordered and published the album “Folk Art of Zaporozhye”, published in 2001. He has been a regular participant of regional, republican, all-Union and foreign exhibitions since 1969. More than two dozen personal exhibitions of the artist took place. In 1994, Matsegor G.P. was awarded the title of Honored Art Worker of Ukraine.