Soviet Ukrainian painter. Honored Art Worker of Ukraine (since 1974). Member of the USSR Academy of Arts. He was born on September 13, 1924 in Moscow. Member of the Great Patriotic War. He graduated from the Kazan Art College (1945-47) and the Kharkov State Art Institute (1948-54), where he studied under P. Kotov, L. Chernov, N. Smirnov. I also taught there. He was a member of the KhA SHU since 1959. Works in a creative workshop. The master of the subject – thematic picture. Magnificent portraitist. He often turned to the theme of the Great October Socialist Revolution and the theme of the Second World War. Member of republican, all-Ukrainian, all-union and international exhibitions since 1954. The author’s works are in many public and private collections. 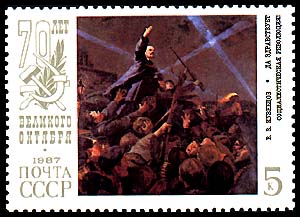