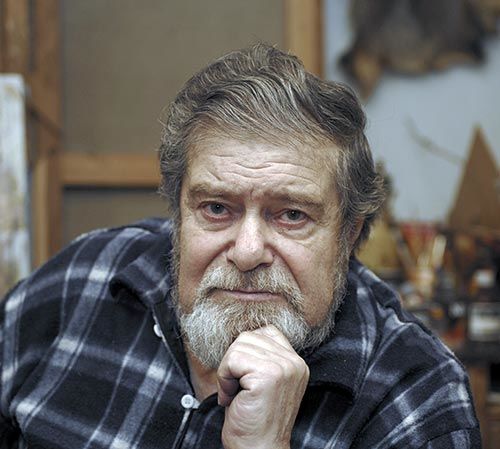 Soviet Ukrainian painter, graphic artist. Honored Artist of Ukraine. Moses (Mikhail) Yakovlevich Kazulin was born on February 26, 1933 in the city of Dnepropetrovsk. In 1953 he graduated from the Dnepropetrovsk State Art College, where his professors were I. Shuturov, O. Kuko. Until 1960 he studied at the picturesque faculty of the Kharkov Art Institute from V. Sizikov, L. Chernov, E. Egorov. For the first time the name of the young painter appeared at the regional art exhibition in 1954, dedicated to the 300th anniversary of the Reunification of Ukraine with Russia, held in the Dnepropetrovsk Art Museum. Since then, M.Ya. Kazulin participated in numerous art exhibitions both in Ukraine and abroad. Member of the Union of Artists of the USSR since 1962. Like most Soviet graphs, M. Ya. Kazulin had a strong desire to work in series. This is the manifestation of the desire to develop your thoughts in more detail, to more fully embody the feelings experienced. On the example of the decision of the sports theme it is not difficult to reveal the characteristic features of the artist’s creative method. Usually he did not use the entire mass of collected material in the picture. He carefully and painstakingly selected for her the most important and expressive, leaving the rest in drawings, which were independently developed in watercolors, in small etchings. In etching M. Ya. Kozulin gave preference to the technique of soft lacquer, appreciated the similarity of his prints with man-made drawings, very respectfully recalled the Dnipropetrovsk artist and teacher BG Sverdlov, on whose machine tool and under whose supervision his first samples were printed. A great place in the artist’s work was occupied by painting. It revealed a wide range of interests of the active, emotionally receptive and purposeful personality of the master. In canvases, executed by tempera or oil, a huge work was always embodied, the beginning of which – in sketches, sketches, etudes. Since 1988, the artist has held several solo exhibitions. Honored Artist of Ukraine since 2004. About his work Moses Kazulin said: “I am a Ukrainian artist. By color, composition, art school, but I’m a Jew and a Jewish theme will always be basic. I hope that my work will respond with warmth and trembling in the soul of a man of any nationality. “The artist’s works are kept in the Tretyakov Picture Gallery, Dnepropetrovsk, Lugansk Art Museums, the Museum of the History of the Jews and the Holocaust in Ukraine and other museum and private collections.” … I am a son The theme of the sport requires its own language conversation, the theme of the land is another, the abandoned villages of Karelia – the third, Sednevsky women – Werth, etc. “-. Mihail Kozulin 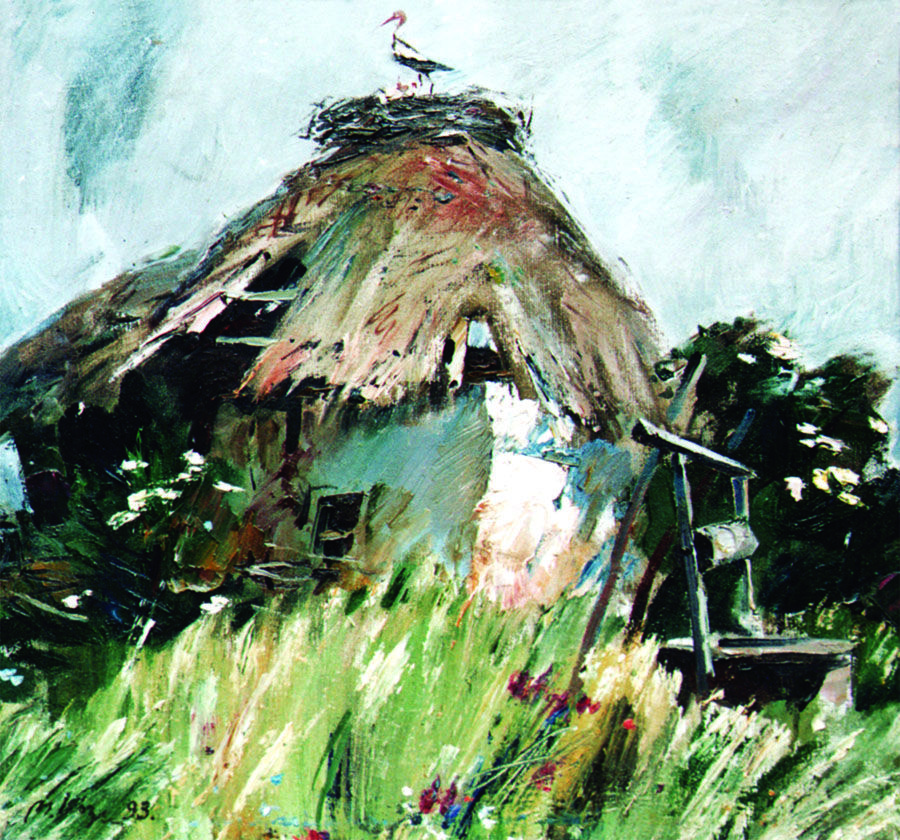