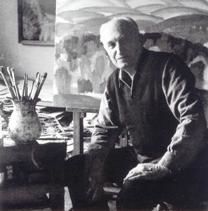 Soviet Ukrainian painter. People’s Artist of the USSR. Member of the USSR Academy of Arts. Andrey Kotskaya is one of the brightest representatives of the Ruthenian art school. Born in 1911 in Uzhgorod in the family of a worker. Young Kotsk visited the Sunday school of drawing in Uzhgorod, where the teachers were A. Erdeli and J. Bokshay. In 1933, A. Kotskaya became a member of the Society of Fine Arts in Subcarpathian Rus. All this time the artist does not cease to work creatively. In 1933 A. Kotzka organized his first solo exhibition in Uzhgorod. A great success for A. Kotzke comes in 1939. After the All-Hungarian exhibition of fine arts, to which he provided eight paintings. Positive reviews of critics and such famous artists as I. Seni and A. Benqgart helped to receive a scholarship for study at the Roman Academy of Fine Arts, where AA Kotskaya from 1940 to 1942 studied under the guidance of Professor F. Ferrazzi. After returning from Italy, A. Kotzka again works and lives in Subcarpathian Rus during 1942-1944. Since 1945-1946 in Uzhhorod, Kiev and Moscow, exhibitions of Transcarpathian artists’ works have been held, where Andrei Kotsky’s works are widely represented. The singer of beauty of women of Transcarpathia – Andrey Kotskaya received high government awards. In 1971 he was awarded the title of “Honored Worker of Arts of the Ukrainian SSR”, in 1981 – “People’s Artist of the USSR”, in 1977 the artist became a member of the Presidium of the Society of Artists of the USSR and a member of the Union of Artists of the USSR. Until the end of his life, Andrey Kotskaya was an active participant in exhibitions. 1981 – personal exhibition in the city of Uzhhorod, 1983 – Moscow, 1984 – Trebisovo (Czechoslovakia). The artist’s style is original and recognizable, his works are distinguished by a bright, unique color. Works of the painter are represented in the State Tretyakov Gallery, many public and private collections in Ukraine and abroad and are in great demand. The great artist died on November 4, 1987 in Uzhhorod.

Photo: Andrey Kotskaya in the workshop 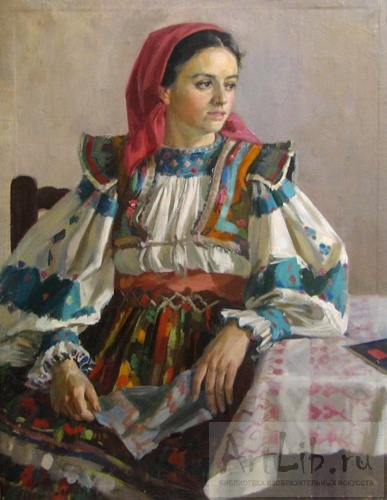