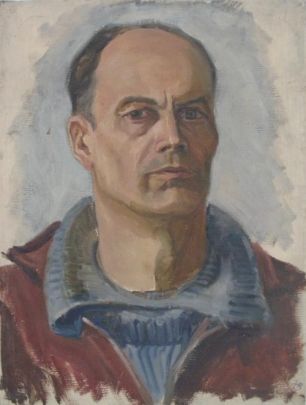 Soviet, Ukrainian painter. Member of the USSR Academy of Arts. Born May 15, 1922 in the city of Elisavetgrad, now – Kirovograd, in the family of the factory worker “Red Star”. In 1937, the father of the artist – Yakov Stepanovich was arrested and died in December 1938. Afterwards he was posthumously rehabilitated. In 1940, Leonid was drafted into the ranks of the Soviet Army. The service was held in the air force of the navy of the USSR. In 1942 he received military training at the Nikolaev Military Naval Aviation School. He passed the entire Great Patriotic War, was awarded the Order of the Red Star and the Patriotic War II degree, medals “For Military Merit” and “For Victory in the Great Patriotic War.” After the war he remained in military service until 1956. In 1956, Korneyev LA entered the Kiev State Art Institute, first to the architectural and then to the art department, which he graduated in 1963, receiving a specialty as an artist-teacher of drawing and drawing and methodologist of artistic education.
In 1963-1965 he taught at the Kirovograd Pedagogical Institute.
In 1965-1967 he worked as an architect and architect of the Uzhgorod Regional Department of Architecture, where he was engaged in the construction of the Museum of Architecture and Ethnography of Transcarpathia. Returning to Kirovograd, from 1967 to 1982 he worked in the art fund in Kirovohrad. In the 1990s, the artist taught at the Kirovograd State Pedagogical Institute named after AS Pushkin. Leonid Yakovlevich traveled a lot during his life. Visited many cities of Russia, Central Asia, the Caucasus, traveled all over Ukraine and the Baltic States, visited Poland, Germany, Yugoslavia, Czechoslovakia. He saw everything he saw in his paintings, sketches and sketches for future works. Participated in regional and republican art exhibitions. In 2002, within the walls of the Kirovograd Regional Art Museum, the anniversary exhibition of the works of Korneyev LA, dedicated to the 80th anniversary of his birth, was held. Despite a rather respectable age, Leonid Yakovlevich with pleasure went to the open air in the districts, created many paintings with views of the Kirovograd region. Until the last days the artist worked at the easel, without imagining himself without colors and brush. Works: “Slopes of the Southern Bug River” (1988), “Mukachevo. Castle, Fortress, Uzhgorod Outskirts, House on the River Bank Korneev Leonid Yakovlevich April 10, 2009. 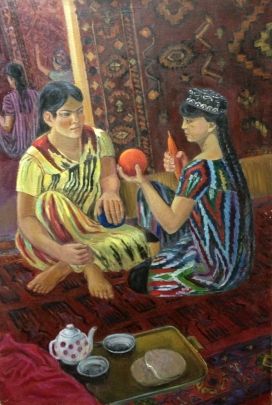