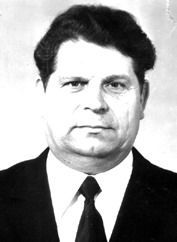 Soviet Ukrainian painter. Honored Artist of the Autonomous Republic of Crimea. Member of the USSR Academy of Arts. Born June 11, 1924 in the city of Krasny Luch, Lugansk region. Since 1944 he lives and works in the city of Sevastopol. He studied at the Lugansk Art School. Teachers on the specialty – Philbert A., Levchenko I. In September 1941, after the third year of school, volunteered for the front. In 1958-1960 he trained at the studio of military artists named after M.B. Grekova, in the city of Moscow, in the workshops of artists – the battalists Maltsev P., Dmitrievsky V. and Buta N. In 1961 he went to work in the Sevastopol artistic and production workshops. Since 1999 – member of the National Union of Artists. Since 1945 – participant of exhibitions. Since 1985 he is a pensioner of the Ministry of Defense. In 2005 – awarded the title of Honored Artist of the Autonomous Republic of Crimea. Kolomoytsev Peter Mikhailovich was awarded three Orders of the Patriotic War of the 1st degree, the Order of the Red Star, the Medal “For Courage” of the II degree and 28 other medals. His works are in museums and private collections in Japan, the USA, Germany and, Hungary, Bulgaria and Romania. Honored Artist of the Autonomous Republic of Crimea.