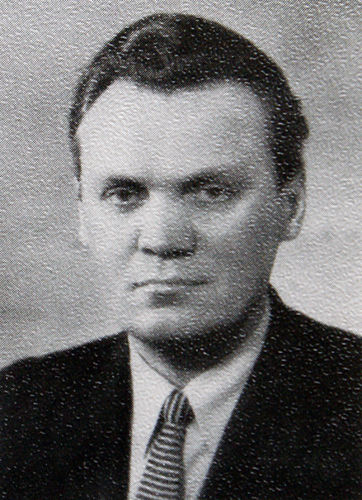 Soviet Ukrainian painter. Honored Artist of the USSR. Member of the USSR Academy of Arts. Lev Pavlovich Khodchenko was born on August 8, 1912 in the village of Shimanovka (Odessa region). From 1930 to 1934 he studied at the Kharkov Art Institute with S. Prokhorov, M. Sharonov. From 1934 to 1939 he continued his studies at the Kiev Art Institute, where his teachers were: F. Krichevsky, K. Spruce and Grigoriev. In the same year the picture of Leo Khodchenko debut at the exhibition of diploma works of the Kiev Art Institute. Member of the Great Patriotic War. Awarded the Order of the Red Star and medals. Khodchenko LP – Member of the Union of Artists of the Ukrainian SSR since 1945. Worked in the field of easel painting. Master of landscape and thematic painting. Member of art exhibitions: republican – since 1947, all-Union – since 1950. Honored Artist of Ukraine since 1990. The works of Khodchenko LP are represented in museum, gallery and private collections in Ukraine and abroad.

Photo: Lev Khodchenko together with Boris Rapoport “May Khreshchatyk” 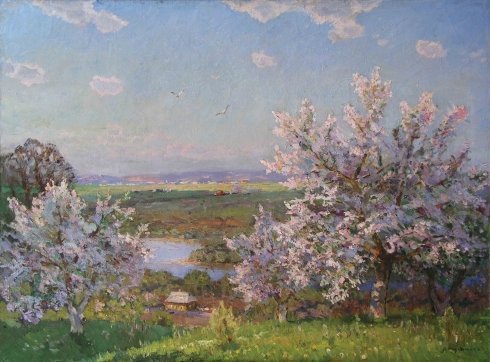