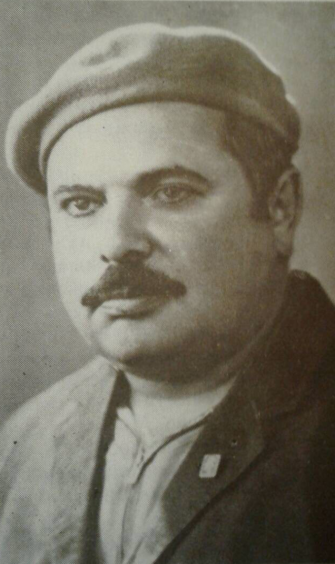 Soviet Ukrainian painter. Honored Art Worker of the Ukrainian SSR (1964). Member of the USSR Academy of Arts. He was born on March 10, 1924 in Odessa. I took my first drawing lessons in the studio at the City Palace of Pioneers. In 1941 he graduated from the Odessa Art College. Since the beginning of the war he is a cadet of short-term courses of the military infantry school. After graduation, he immediately goes to the front. In the battles for the Caucasus he was seriously wounded and concussed. In 1950 – graduated from the Institute of I. I. Repin in Leningrad, on the workshop of R.R. Frenz. He received the title of artist – painter and was sent to the distribution of the city of Yuzhno – Sakhalinsk, where, in due course, he headed the association of artists. Thesis work in the IVC – “Walkers from V.I. Lenin. ” Member of the Second World War. Worked in the field of easel painting. In 1954 Katz A.Z. Moves to Simferopol and actively enters the public life of the collective of Crimean artists. He taught at the Crimean Art College named after M.S. The samokish. Creativity: “Primorsky Boulevard” (1961), “Valya Volchische – geodesist of the North Crimean Canal”, triptych “Kobzar” (1964), triptych “For Land and Freedom” (1967), “Portrait of the Artist G. Nyssa” (1970) . The works of the painter are widely represented in many public and private collections in Ukraine and abroad.