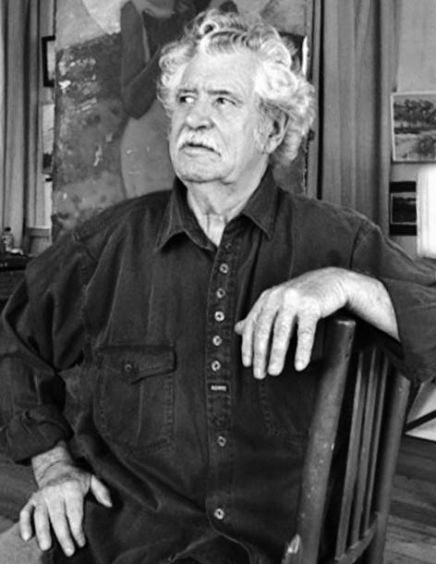 Soviet Ukrainian painter. Member of the USSR Academy of Arts. Born February 8, 1922 in the village of Pelyugino (Saratov region). He graduated from art school in Saratov on the eve of the beginning of the Great Patriotic War. During the entire war, he, who owned several Eastern European languages, passed a scout in the deep rear of the enemy. On her last day, May 9, 1945, risking herself, she took out from the Nazi fire a small Czech girl, the daughter of a forester, in whose house the Soviet reconnaissance group stopped. The girl grew up, gave birth to a son, whom she called Peter – in honor of her savior. He never once fired at the enemy during the whole war, as this would have been the failure of the scout. But the numerous stories of the veteran soldier of combat youth remained only in his memory, because in his works Peter Vasilievich never depicted a war. This disgusted the spirit of the painter who graduated from Uzhgorod art school of applied art in the peaceful years that have come. Therefore, he sang the silence of nature in the wonderful landscapes of the places where he lived and worked – from the Volga to the Carpathians, but especially in his native Novorossiysk. In 1950 he graduated from the Uzhhorod College of Applied Arts. Teachers by specialty – J. Bokshay, A. Erdeli. Member of the CPSU. Member of the Great Patriotic War. Worked in the field of easel and monumental painting. He lived in Uzhhorod, Cherkassy (since 1964), Lvov (since 1967), Elista (now the Republic of Kalmykia, Russia, since 1969), Novorossiysk (since 1974). A participant of regional art exhibitions since 1952. Personal – in Uzhgorod (1955), Elista (1972), Moscow, Prague, Iglavi (Czech Republic, all – 2002). He painted carpathian landscapes and urban landscapes, created mosaics, ceramic tiles. He worked in Novorossiysk as an illustrator of newspapers, as a theater decorator. Some works are kept in the Transcarpathian Art Museum (Uzhgorod). Main works: “Vodopoy” (1957); “On the mountain valley” (1960); “Over the Tissa” (1961); “Winter” (1963); “Cherkassy” (1966) and others. Participated in republican exhibitions since 1957. Lives and works in Novorossiysk.