An outstanding Soviet Ukrainian painter. People’s Artist of the USSR. Laureate of two Stalin Prizes. Full member of the Academy of Arts of the USSR. Master of the genre picture. Grigoryev Sergey Alekseevich was born in Ukraine in the city of Lugansk on June 22 (old style July 5) in 1910 in the family of Aleksei Vasilyevich Grigoryev railway employee. A year later, the Grigoriev family moved to Zaporozhye, where, from the age of 13, he studied at the art school of Zaporozhye until 1926. He studied at the Zaporozhye Artistic and Professional School (1923-1926), at VKhUTEMAS in the studio of VA Favorsky (1926-1927). The young artist showed great love for drawing and painting, his dream was to enter the Leningrad Academy of Arts, but the teachers did not see in the young guy the future talented artist. After leaving Leningrad later in 1928, he entered the State Art Institute in Kiev, where he later obtained the specialty of the graphic artist (1928-1932), studied under F. Krichevsky. Even while studying at the institute, he joined a student creative association called “Union of Young Artists of Ukraine” (1929). After graduating from the institute in 1932, the artist moved to the city of Kharkov, where he was recruited to the publishing house “Mystetstvo”. Here are some works by the young artist, mostly they were posters: “You give the country bread”, “The foremost Donbass”, “Komsomolia” and others. S. Grigoriev works as a teacher, exhibits his works at exhibitions, (one of them in Poland in 1933), assisted at the Faculty of Painting and Graphics at the Art Institute in Kharkov. In 1934, he moved to Kiev and was appointed to the position of assistant professor at the Kiev Art Institute. From 1938 to 1939 fruitfully participates in exhibitions, where he presents the works “Skier”, “Children on the Beach”, “Bayanist”, “Mayvka”, “Youth Euphras” and others. In 1939, the artist was called up for military service, where he is engaged in decorating and in parallel creates a painting “Children’s Music School.” During the war he was a political worker, despite the fact that he was in the army until 1946, he never came up with the idea of ​​creating paintings on military topics. In 1947, he was awarded the title of professor, he heads the department of drawing at the Kiev Art Institute and creates such his works as, “Portrait of Marshal Konev I. C.” and “At the meeting” Since 1950, he has been participating in the all-Union exhibition activity for 3 years, has been working at the Committee of Appointments of the Stalin Prizes in the field of fine arts, literature and architecture. In the same year creates a picture of “The discussion of the deuce” In 1951 to 1955 Grigoriev was appointed rector of the KGKHI, he directed the workshop of genre painting. He is also elected deputy, participates in the district council of deputies of Kiev. From 1952 to 1957 he was acting as the head of painting from the Ukrainian SSR. In 1954 he created the painting “Returned.” Since 1953 he is a correspondent member. In 1958, he was a member of the Academy of Fine Arts of the Soviet Union. In 1960 the picture “Parents meeting” was created in which he was posed by his daughter for the image of a young teacher. Also in the 60s he was equipped with a workshop in the village of Koncha-Ozernaya, where the painter painted various landscapes and a series of portraits. In 1973, a personal exhibition opens with works by the artist in Kiev. In 1987 Grigoriev again participates in the Republican exhibition in Kiev. In 1988, April 9, Grigoryev died, he was buried at Baykovoye Cemetery in Kiev. As we see the track record from the biography of the artist Sergei Grigoriev quite many-sided and fruitful, thanks to the merits and talent of the artist, he was everywhere respected and respected and trusted by many responsible posts. His career growth could envy many of his colleagues. Sergei Grigoriev lived his life for good, he created many picturesque and graphic works, created a huge number of monographs, posters reflecting the reality in which he lived and worked for the benefit of Soviet people. His paintings are now in various museums in Ukraine, Russia, Bulgaria and Japan. During his career and positions Grigoriev was awarded many awards of the Soviet era, two Stalin prizes for the paintings “Goalkeeper,” Admission to the Komsomol “and” Discussion of the Two “, he was awarded the honorary title of People’s Artist of the USSR and the Ukrainian SSR, as well as his medals and 3 medals He wrote his memoirs about his past journey “Book of memories.” 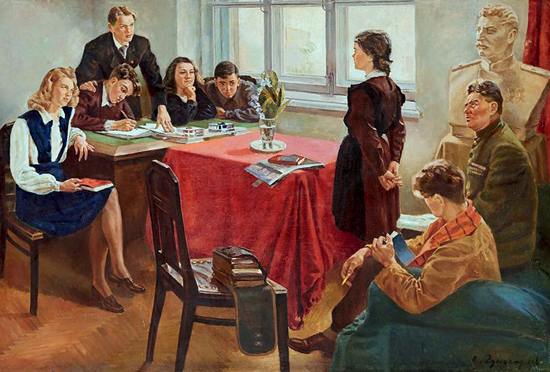 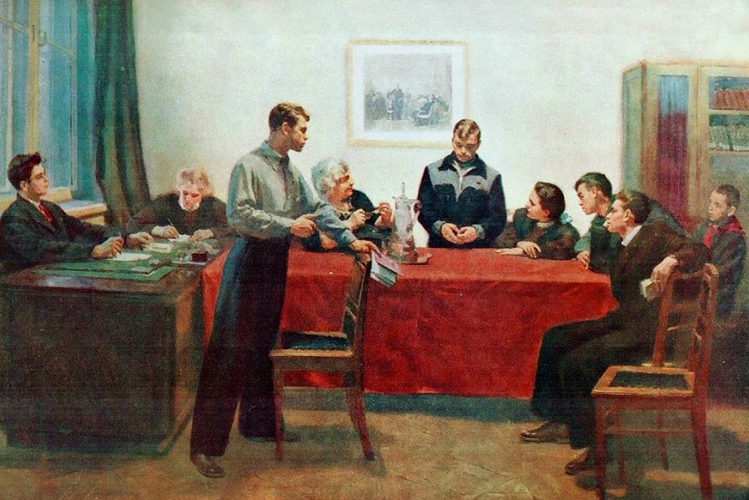 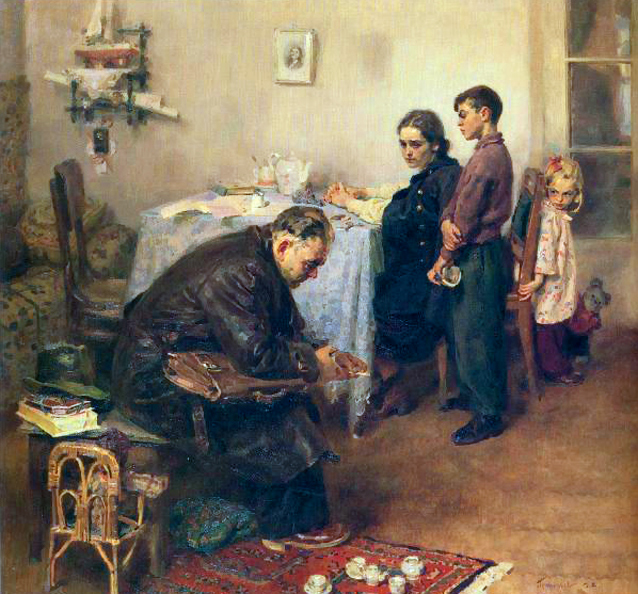 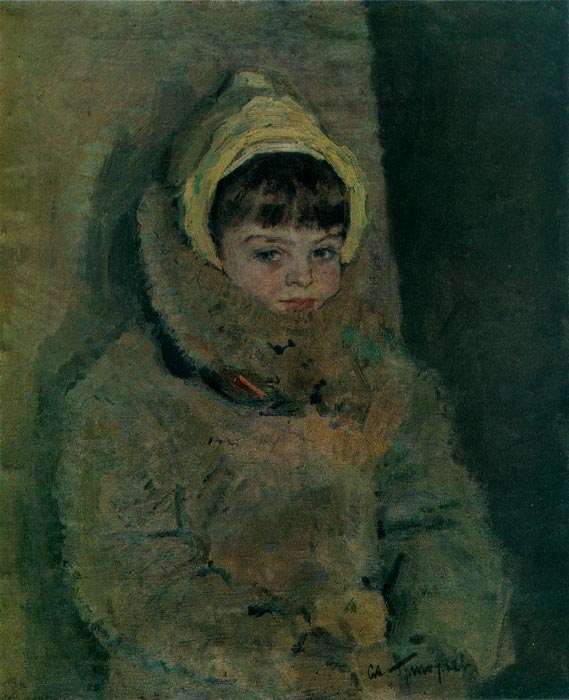