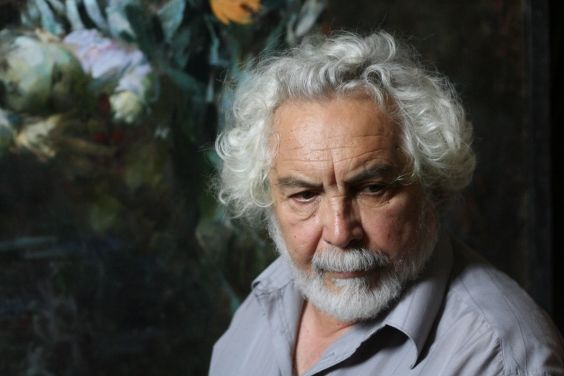 Soviet Ukrainian Jewish painter. Member of the USSR Union of Artists since 1964. Honored Artist of Ukraine. He lives (since 1980) and works in Kiev. He was born on August 23, 1933 in the city of Kursk. Russia . Studies: 1949 (with a break for service in the army in 1952-1956) – 1957 – Yelets Art School at the graduate of the Kharkov Art Institute Andrei Iyich Kurnakov, whom Gold himself calls his “godfather”, in the former “boychukist” (a student of Mikhail Lvovich Boychuk in the Kiev Art Institute) Bertha Arnolnovidy Giller and Valentin Andreevich Dudchenko. Extraordinarily impressionable and gifted since childhood (has a literary gift, is musical, subtly feels color and a plastic form), after completing a thorough education in the school, Gold improved (1960-1962) under the direct supervision of the People’s Artist of the USSR Nikolai Nikolaevich Zhukov in Moscow, living in his studio . He grew up in a military family, moving around the country a lot, Gold from his youth felt a special love for the nature of the middle zone of Russia, for the life of her quiet province. Early developed as a romantic artist, having developed his acutely-individual plastic style, based on the expressive expressive tonal painting of mostly large-format paintings differing in rich color. Hermann Gold – this name was first voiced back in the late 1960s when the all-Union exhibition in Moscow showed a portrait of the commander of the legendary Normandie-Niemen air regiment, Jean Louis Tyulian. The young artist, who had only military service and part-time education in an art school, exhibited a work written in one breath, discovered a powerful giftedness, passion and refined taste, a work that fell out of everything that was exhibited in the portrait genre of that time . Apparently, it was not in vain that the director of the Tretyakov Gallery delayed this work for a long time, and proposed the acquisition. It is no accident that the chief rabbi of Israel Eliyahu Bakshi-Doron preferred Gold to other masters when the question arose about his portrait. And he was not mistaken in his choice. Despite the cruel persecution to which the slightest manifestations of Jewish self-consciousness in the USSR were exposed, Hermann Gold began to create a Jewish cycle of his works since the late 1960s, which has been replenished for more than half a century. From the shtetls incinerated during the Holocaust to the warm light of the Hanukkah candles, from the portraits of the heads of the generation to the Tanakhic images. National in Gold’s work is closely intertwined with the personal. In 1971, he married under the hupa, which in those years solved the unit – too much was the risk of paying many. Ktuba, compiled on a sheet of school notebook, still remains a testament to individual resistance to the regime. At the same time, the artist was exceptionally in demand as a classic portraitist. It’s not for nothing that all the portraits of the presidents of the Russian Academy of Sciences came out from under the brush Gold. Favorite technique is oil painting, but he owns watercolor masterfully. It gravitates towards the dramatization of images (especially narrative and portrait), animating the complicated greenish-brown, or black-ocher gamut with intense flashes-“blows” of bright green, open-red or golden tones, which, with an exquisitely-nuanced color “orchestration,” an irreproachable figure and dynamic composition, with a temperamental, confident letter informing his work of a sense of accomplishment in one breath, gives extraordinary convincing images, regardless of whether they are written from nature, or created by the imagination m artist. It should be noted and the versatility of the talent of Golda the painter. Distinguished by the ability to feel and express the main thing in the appearance and character of the person portrayed, creating the thematic compositions full of deep sense and philosophical meaning, the artist possesses a subtle lyrical instinct of the landscape painter, singing out the unique poetry and discreet beauty of the old towns, the inseparable connection of the person and the environment. Creating the picturesque images, the artist organically and enthusiastically uses an inexhaustible arsenal of expressive means of painting, that is why neither postmodern experiments, nor the calendar, nor other currents of modern visual creativity attract him. His view of the world and of man is attentive and kind, hence the aura of light faith in the wisdom of life, despite its complexity, which fills its associative-metaphoric compositions, portraits, landscape motifs with modern sound. Creativity G. Gold, with pronounced national motives, with a characteristic expressive-dynamic letter, has become an organic part of the contemporary art of Ukraine, enriching his multicolored palette with his picturesque and spiritual quest. Hermann Gold’s works are in museums and galleries of Russia and Ukraine, the Russian Academy of Sciences, the Central Museum of the Armed Forces of Russia, the National Museum of Literature of Ukraine, the Kiev Museum of Russian Art, the museums of France, Greece, Israel, the USA, and private collections around the world. – from Avs 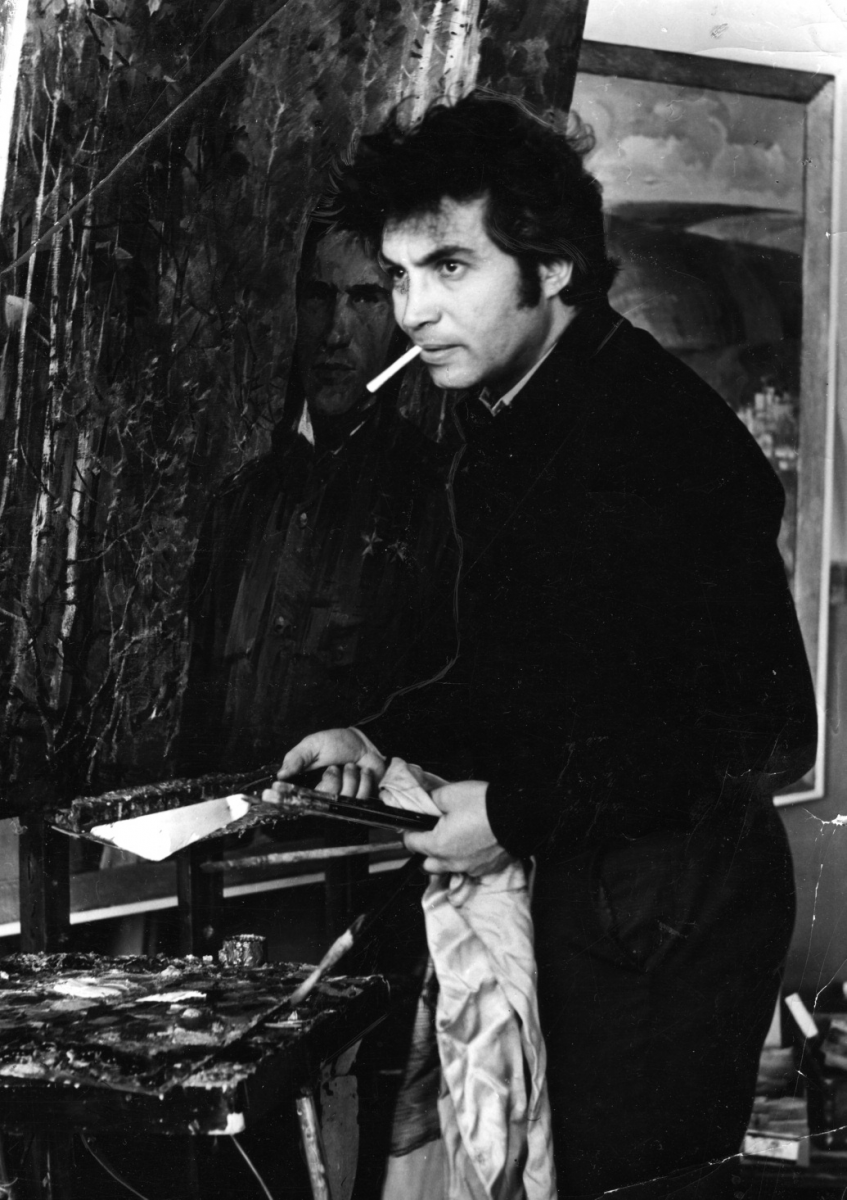 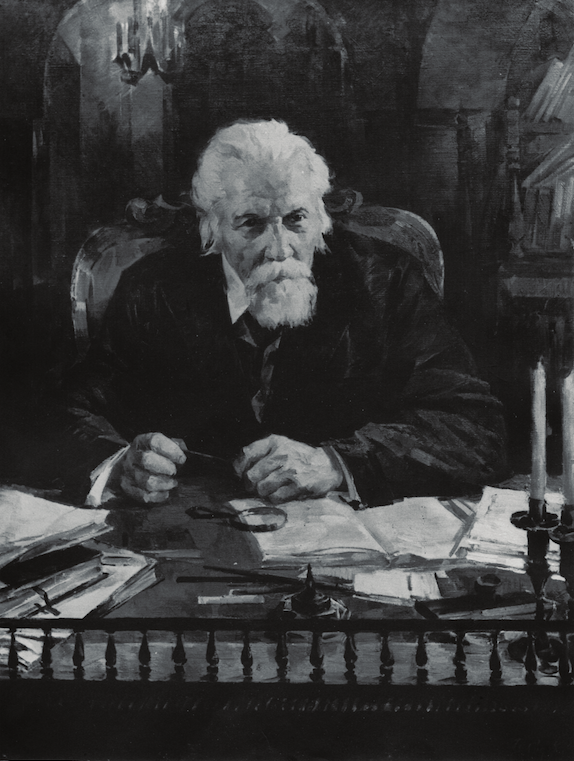 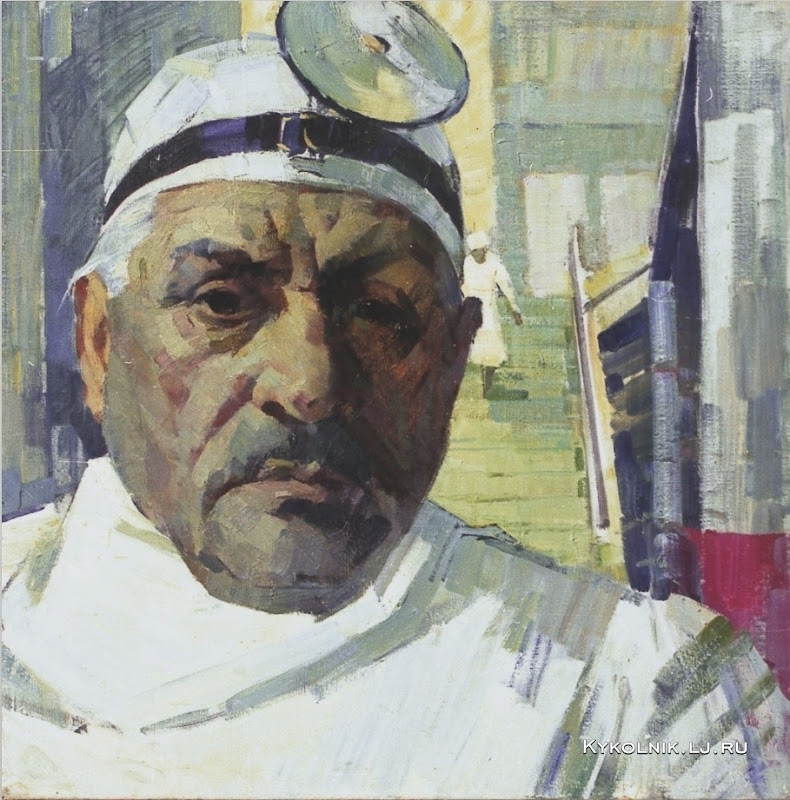 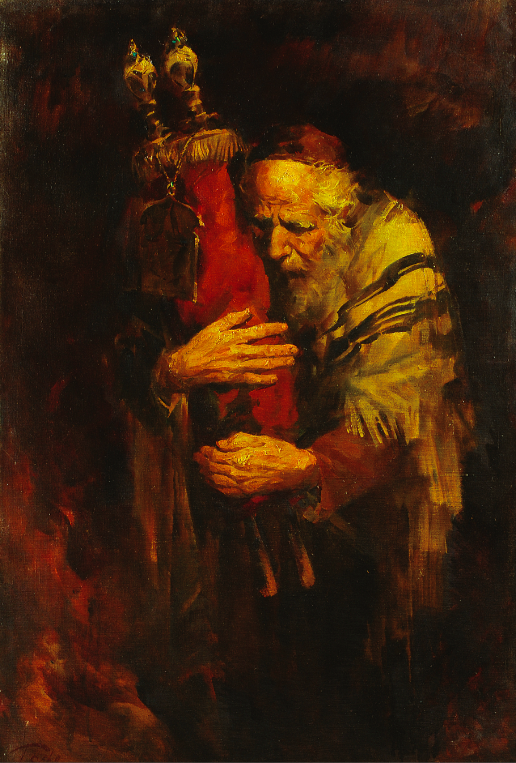