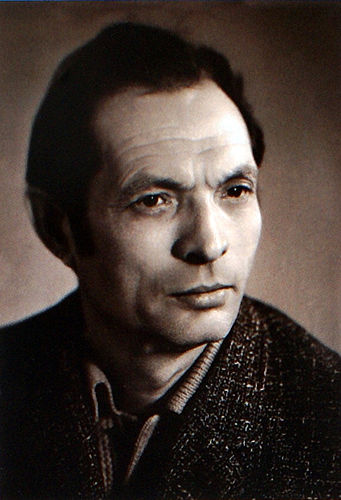 Soviet Ukrainian artist. Member of the USSR Academy of Arts. Fomin Anatoly Nikiforovich was born: July 4, 1925 in Aktyubinsk (Kazakhstan) in the family of a serviceman. In 1927, together with his family moved to Zaporozhye. At the beginning of his life, there were many sharp turns: during the war – a member of the resistance, prison dungeons, Buchenwald concentration camp, liberation and service in the Soviet Army in Germany. In 1954 – a meeting with the artist Kolosovsky G.S. He becomes his disciple along with Chuikov, Gaiduk, Smirnov, Pashkanis, Akinshin. Education until 1960 in the Kharkov Art Institute. In 1970 Fomin A.N. enters the Union of Artists of the USSR. Member of the Republican and All-Union exhibitions. His works were purchased by the Art Foundation and museums of the former Soviet Union. In the years 1988-1990. exhibited at auctions in France, “Arkol”, etc. In 1991-1997. cooperates with the Edward Croes galleries Great Britain, London, Manchester. In 1995-1996 years. «Road Gallery» Great Britain, London. In 1995-1999 years. – Germany, Munich. In 2008 – Holland, Rotterdam. The works of Fomin Anatoly Nikiforovich are in private collections in Great Britain, Germany, Holland, Italy, Switzerland. USA. France, Russia, Finland, Poland, Scotland. Is a bright representative of the school Zaporozhye landscape, founded Kolosovsky GS. The works of the painter are widely represented in many public and private collections in Ukraine and abroad.

On the photo: Fomin A.N.