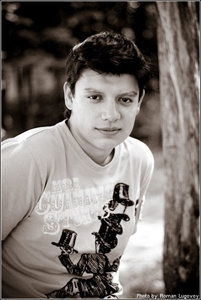 Ukrainian artist. Eldar Zulunbekovich was born in 1984 in Kharkov. He received his primary art education in the Kharkov Art Lyceum. Since 2002 – 2007 – student of the Kharkov State Academy of Design and Arts of the Faculty of Fine Arts, specializing in Easel Painting (workshop of VL Ganotsky and VN Chaus). Member of the Republican, regional, as well as several group exhibitions. Exhibitions: January, 2006 – group exhibition “Garjacha winter”, gallery “Academy”, Kharkov. December 2006 – group exhibition “Maestro i yogo ucen”, gallery “AVEC”, Kharkov. December 2006 – a group exhibition “Summer Plenary 2006”, an exhibition hall of Kharkov State University of Architecture and Construction, Kharkov. 2006 – All-Ukrainian Art Youth Exhibition, Kiev. 2006 – All-Ukrainian artistic Christmas exhibition, Kiev. 2006-2007 -All-Ukrainian artistic Christmas exhibition, House of the Artist, Kharkov. 2008 – Gallery DaVinci Impression Forever, Kiev. March 11, 2008 – Participation in the auction Christie’s Interiors South Kensington. The works of Eldar Eshaliev – landscapes, still lifes, portraits – are written in the best pictorial traditions. The artist prefers work in the open air in the technique of oil painting, he is closer to realistic traditions, the art of Soviet painters, as well as the work of artists of the late 19th and early 20th centuries. Compositions of works, according to the author, are born not so much in album sketches and open sketches, as in the moments of daily contemplation of the objects of interest. The enthusiasm of a young painter with artistic photography seems to have grown out of the need for continuous fixation of visually intuited visual experiences. The lens of the camera, focusing on something fleeting, gives a rich soil for creativity. But the “eye of the painter”, skipping through the prism of his inherent vision, unimportant for most of the inhabitants of the plot, requires other solutions. And on the canvas there is a new image, a new state of nature or something else experienced personally … Plastic and color solutions of E. Eshaliev’s paintings are close to impressionistic principles. “Sluggish, uninteresting combinations” – this is not about the work of Eldar, because it is the dynamics of the colorful masses that determines the essence of their compositions. In general, the picturesque and plastic principles of E. Eshaliev’s paintings are subordinate to the noble goal of establishing the priority of painting in the somewhat shaken hierarchy of contemporary arts as a truly creative way of depicting the surrounding world in its imperishable beauty and banality, universal everydayness and poetry, eternal simplicity and philosophy.
Today E. Eshaliev is in an active creative search. His works are adorned with private collections in Ukraine, Russia, the United States, Italy and Ireland and new ones can take an honorable place in new collections of paintings. 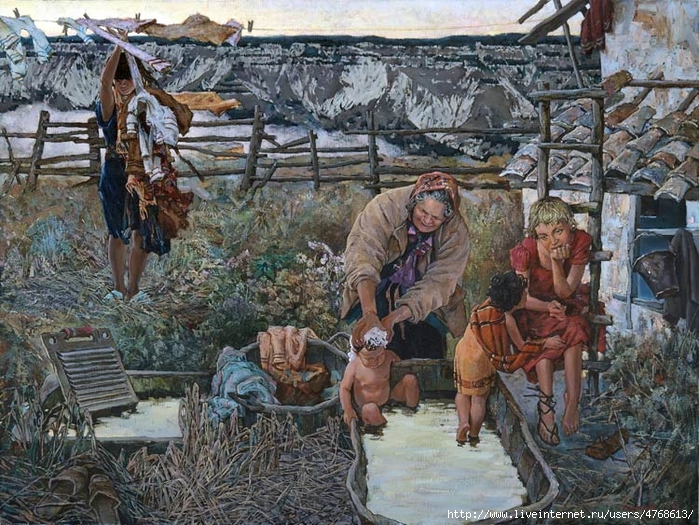