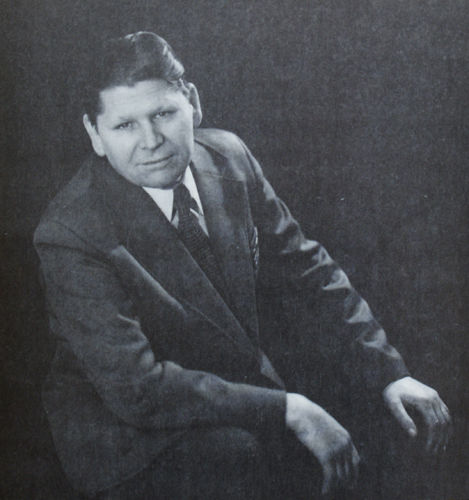 Soviet painter, graphic artist, monumentalist. Member of the USSR SS.
Born on February 2, 1923 in the village of Konstantinovka, Donetsk region. In 1937 I entered the Lugansk Art College. From 1943 until the end of the Great Patriotic War it was on the front. He was awarded the Order of the Red Star in 1945, the Order of the World War I of the first degree (1985), medals. After demobilization in 1947, he returns to Lugansk and completes his studies at the picturesque department of the art school. From 1949 to 1955, he studies at the Kiev Art Institute, specializing in posters. His teachers were V. Kasiayan, I. Pleschinsky, M. Khmelko.
The creative legacy of Ivan Dzyuban includes both poster works of the Soviet period, in which he was realized as a poster, as well as paintings, on the writing of which he was inspired by numerous travels with an essay behind his back throughout the Soviet Union. The artist left a large number of sketches, and did not become finished canvases.
Since 1974 – Honored Artist of Ukraine, member of the Union of Artists of Ukraine. I.Juban’s paintings were featured at numerous all-Union, republican and international exhibitions, including at the XIX Biennale in Venice in 1960. Major works: “Glory to the heroes of Perekop” (1955); “We grew up in a flame, in gunpowder smoke” (1957) “; Wider step on our nibs, corn crops “(1959)”; Let the golden bread-bellied glory shine “(1967); ceramic panels in the underground passage to the square. Kalinin in Kiev (1968) and others. The works of the artist are presented in many museums and private collections in Ukraine and abroad.