Soviet Ukrainian painter, monumentalist, graphic artist. Member of the USSR Academy of Arts. Sergei Danilovich Dumenko was born on December 17, 1909. From 1932 to 1938 he studied at the Odessa Art College (now Okhi) from A. Shovkunenko and L. Muchnik. Member of the Great Patriotic War, marked combat awards. He worked in the field of easel and monumental painting and theatrical and decorative art. The main works: “Defenders of Odessa” (1947); “Meeting of the Soviet troops to the population of the city of Kayla” (1948 – 1949); The “sequence” (1950); “At the concert” (1960); painting of the plafond of the Seaman’s Palace in Odessa (1952 – 1953) and others. Participated in exhibitions: republican since 1947, all-Union and foreign since 1951. Lived and worked in Odessa. Member of the USSR Union of Artists. Unsurpassed master of portrait. Since 1937 participates in city, republican and all-union art exhibitions. In August 1951 the picture of Dumenko S.D. participates in the exhibition of works of Soviet art in Berlin (Germany). The artist died on October 9, 1992. Works by S.D. Dumenko is represented in museum and private collections in Ukraine and abroad. 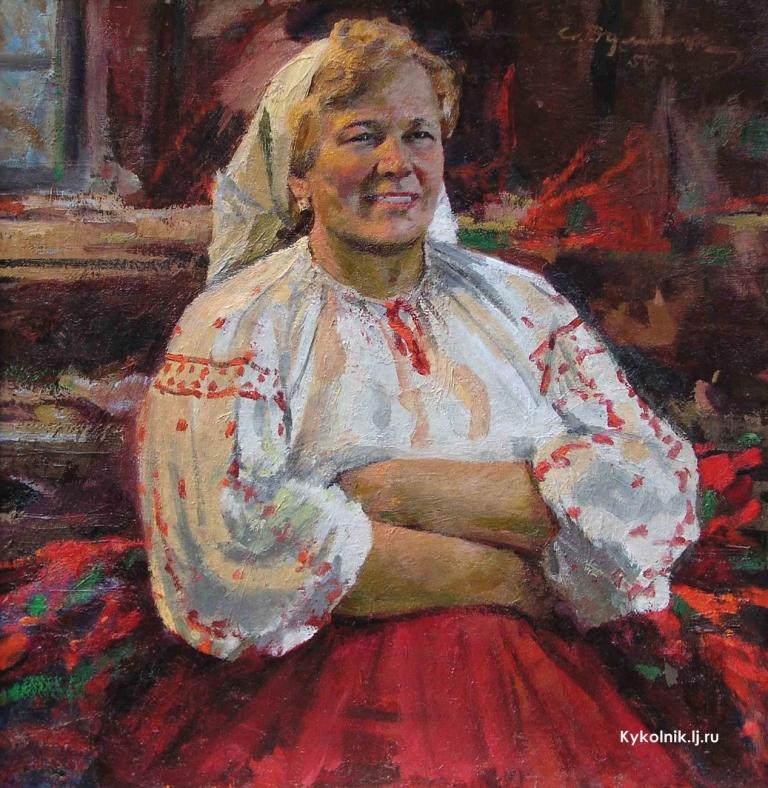