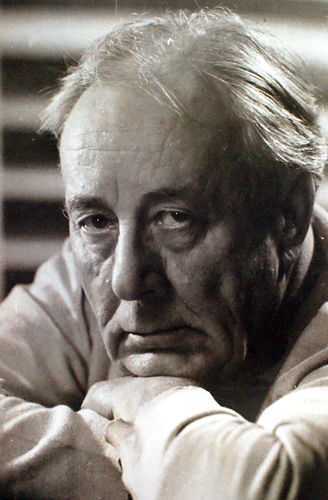 An outstanding Soviet, Ukrainian painter and graphic artist, educator, cultural figure. People’s Artist of the USSR. Laureate of the State Prize of the Ukrainian SSR. T. Shevchenko. Corresponding Member of the Academy of Arts of the USSR. Academician of the AI ​​of Ukraine, Professor. Mikhail Gordeevich Deregus was born on November 22 (December 5) in 1904 in the village of Vesyoloye (now Kharkiv region of the Kharkov region) to the family of a zemstvo paramedic. From 1923 to the 1930s. he studied at the Kharkov Art Institute with M. Sharonov, S. Prokhorov, O. Kokelya, N. Burachek. In 1932-1941 years. and in 1944-1950. taught at the Kharkov Art Institute. From 1955 to 1962 years. Mikhail Gordeevich Deregus was the chairman of the board of the National Union of Artists of Ukraine. Since 1958, Mr .. Deregus MG becomes a corresponding member of the Academy of Arts of the USSR. Later – academician of the AI ​​of Ukraine, since 1995 professor. In 1963 MG Deregus was awarded the honorary title “People’s Artist of the USSR”. In 1965 and 1969, he became a laureate of the State Prize of the Ukrainian SSR. T. Shevchenko. Over time, the NSHU approved for the young artists an annual award to them. M. Deregus. Deregus MG entered the history of Soviet art as an illustrator of classical Ukrainian literature, a Soviet historical novel. A talented painter, he created in his canvases complex multi-figured compositions, worked in the field of portrait, landscape and genre. The artist’s works are kept in thirty-eight museums of Ukraine, Russia, Kazakhstan, Azerbaijan, etc. M. G. Deregus is a participant of more than a hundred and twenty art exhibitions, including international ones. The artist’s works were also exhibited at numerous traveling exhibitions. The main exhibitions: 1932 – “Poster at the service of the five-year plan. The first poster exhibition “. Moscow. In the future, a permanent privateer of all-Union exhibitions; Exhibition of Soviet Art (Japan); 1933 – Exhibition of Soviet Posters, Ankara (Turkey); 1934 – Exhibition of the First Brigade of Artists, Kharkov; 1935 – participation in the VI All-Ukrainian Art Exhibition, Kiev, Odessa. In the future, a permanent privateer of all-Ukrainian exhibitions. 1944 – Exhibition of etching in 1934-1944, Moscow; 1947 – Exhibition of Painting and Graphics “Landscape and Still Life”, Moscow; 1950 – Mobile exhibition “Soviet graphics”, Bucharest (Romania), Helsinki (Finland), Prague (Czechoslovakia), Budapest (Hungary); 1953 – Exhibition of engraving and etching, Kiev; 1956 – Venice Biennale, Venice (Italy); 1959 – Exhibition of books, graphics and posters of the Ukrainian SSR, Kiev; Exhibition “Moscow-London” (Great Britain); 1964 – Anniversary art exhibition for the 150th anniversary of the birth of TG Shevchenko, Moscow; 1967 – Exhibition of Soviet Ukrainian Art, Montreal (Canada); 1977 – Joint exhibition of works by members of the USSR Academy of Arts and the Academy of Arts of the GDR “Ways of Struggle”, Berlin (Germany); Exhibition of Soviet Art (USA); 1979 – Republican Art Exhibition for the Days of Soviet Literature and Art in Azerbaijan, Baku, Sumgait. 1980 – Exhibition of Soviet Ukrainian Art (Pakistan); 1981 – All-Union Art Exhibition “We are building communism”, Moscow. Works of the painter are in many public and private collections in Ukraine and abroad and are in deserved demand, they are extremely rare in the market. 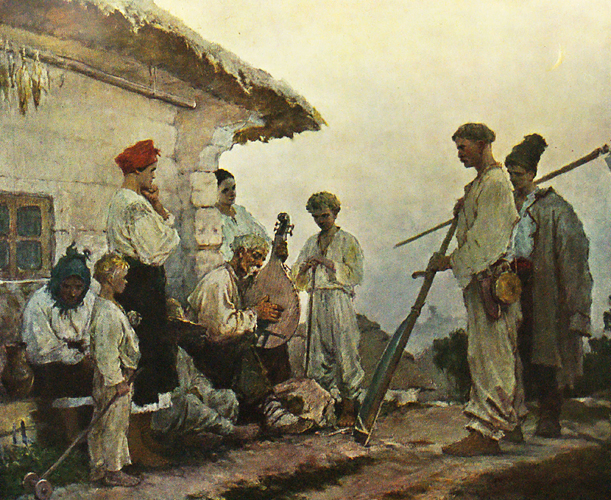 Photo: Memorial to the Daughter of Mikhail Deregus in Kyiv